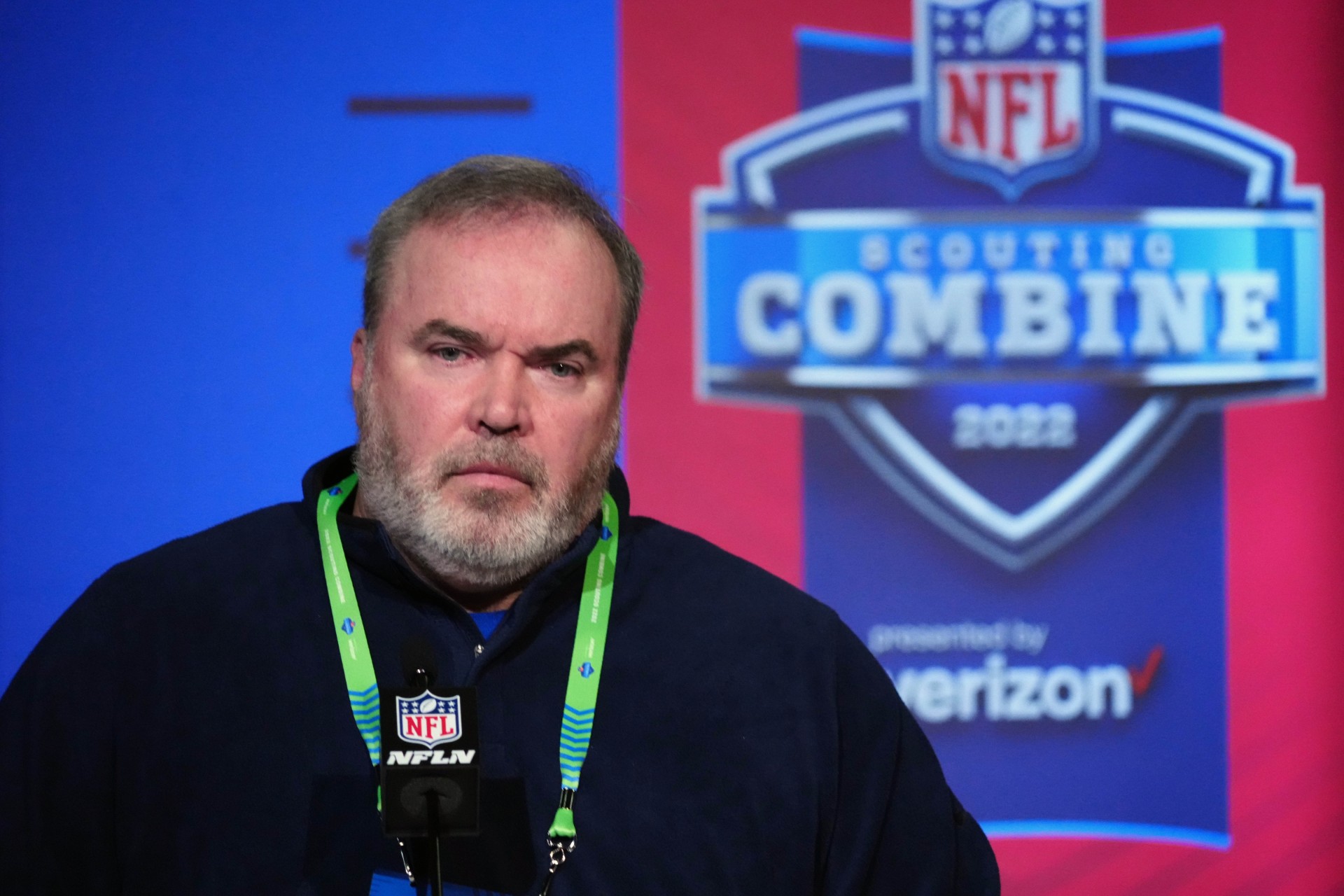 What You Need To Know From Tuesday’s NFL Combine

The start of combine week welcomed its annual procession. Over the next two days, each of the league’s general managers and/or head coaches—except for the Los Angeles Rams—will take the podium, answer questions from the army of media tasked with wringing offseason answers out of the often stoic figureheads, and, officially, kick off the start of the NFL’s premier offseason showcase. While many personalities are still to come, Tuesday morning and afternoon presented a plentiful helping of storylines and news to underline. Here are five takeaways from the early window of press conferences.

Steelers: Pittsburgh Will Exhaust “Every” Avenue To Find QB1

In his final year as the Steelers’ general manager, Kevin Colbert didn’t mince words when it came to upgrading the quarterback spot following Ben Roethlisberger’s retirement. With Mason Rudolph, and Dwayne Haskins both under contract, while Pittsburgh could be in a much worse scenario considering the snaps both signal-callers have played in their young careers, an upgrade under center is clearly at the top of Colbert’s list of to-dos. “We’re open to anything,” Colbert said. “[Mason] Rudolph and [Dwayne] Haskins have both started games… and won games, but the situation will continue to evolve over the next few months.”

An underused talent thus far within the Dallas offense, Mike McCarthy made it a point that he is “more than satisfied” with the production that Tony Pollard has had in his first three seasons, but will look for offensive coordinator Kellen Moore to extend his workload moving into next fall. While Ezekiel Elliott has represented the poster child for the Dallas ground game the last few seasons, involving Pollard further could invite a competition for the RB1 role, a potential long-overdue inclusion considering the lack of pop Elliott provided last fall. McCarthy also clarified any doubts about quarterback Dak Prescott and his “clean up” surgery on his non-throwing shoulder.

A roster expected to compete for NFL glory once again come next February, the “relentless” Veach, as described by Andy Reid, focused his time on the podium to discuss the importance of using the combine to meet with his rosters' most prized free agents and their representatives. With Tyrann Mathieu, Orlando Brown, and Charvarius Ward set to enter the open market, Veach provided clarity into Brown’s current situation, saying the team is “likely” to place the franchise tag on the left tackle before the deadline and will work to lock in a long-term extension over the coming months.

Jaguars: “Sky Is The Limit” For Trevor Lawrence

In his first combine as head coach for the Jaguars, Doug Pederson’s excitement toward second-year quarterback Trevor Lawrence was apparent throughout his press conference. While Pederson was quick to defer questions as to what occurred last fall, and rightly so, Pederson remained uber-confident and optimistic toward Lawrence and the progression he will see this offseason, and into next fall under a stable hierarchy.

With new faces in abundance in general manager Kwesi Adofo-Mensah and newly-minted head coach Kevin O’Connell, while the de facto musical chairs act of changes could leak into the quarterback position and Kirk Cousins’ future as a Viking, Adofo-Mensah heaped praise for O’Connell and the tandem’s relationship since the two met just weeks ago. He said the relationship has meshed seamlessly; Mensah described it as “a major positive” for the organization moving forward into the meat of the offseason.