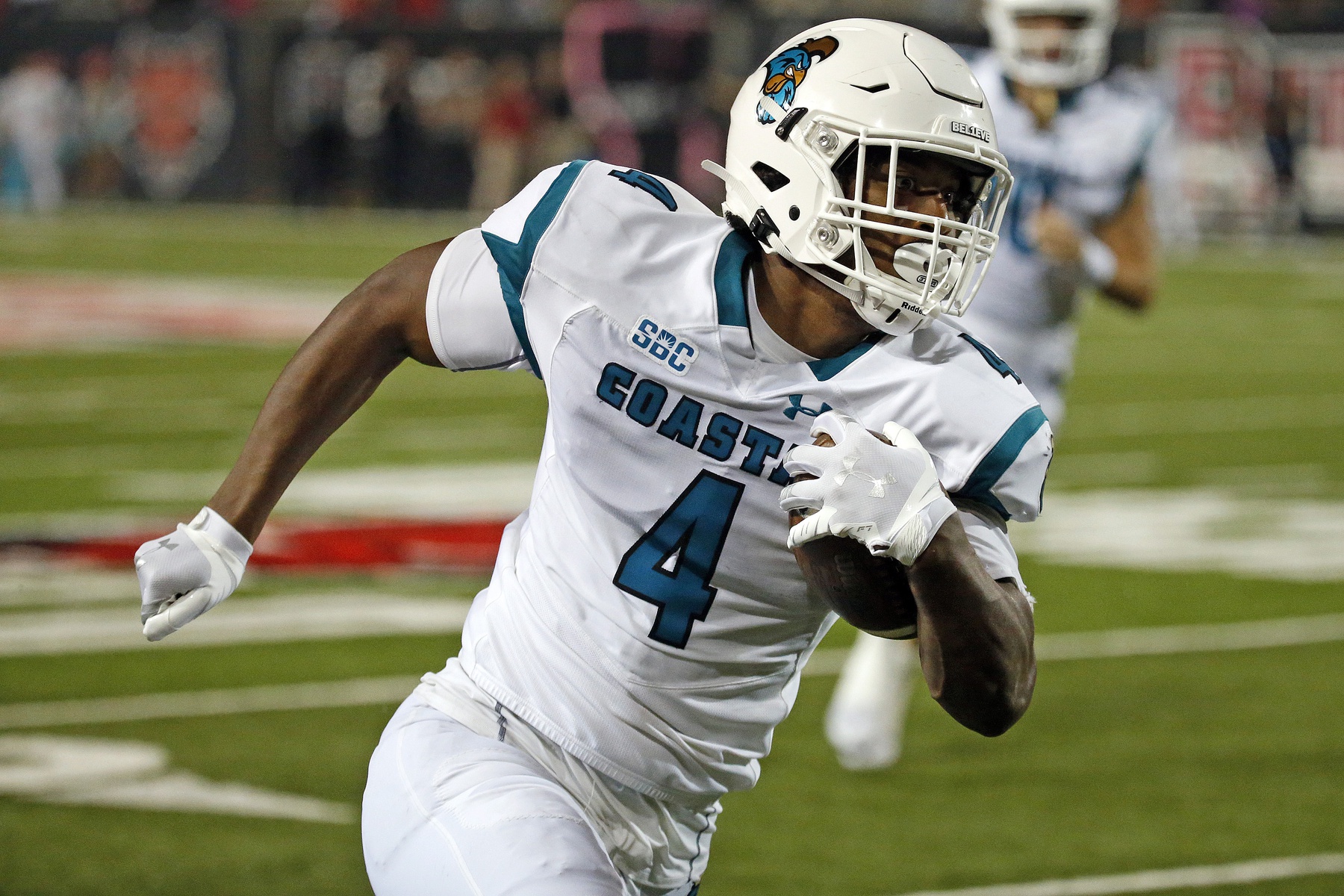 The TDN scouting staff is on the ground in Indianapolis, Indiana for the 2022 NFL Scouting Combine. This week will be filled with player interviews, testing, and, most importantly, rising and falling draft stocks. The 2022 tight end class is very deep. There is no consensus TE1 and we could see players start flying off the board beginning in Round 2. Where should you focus your attention? Before the tight ends begin their testing, here are the players with the most to gain, most to lose, and the tests that actually matter at the 2022 NFL Scouting Combine. TE With Most To Gain

Kyle Crabbs: Tight ends today are centered largely around their ability to create mismatches. Get your popcorn ready because we’ve heard some good things about Isaiah Likely’s testing thresholds—which shouldn’t be a surprise if you watched this dude play at Coastal Carolina. I’m expecting Likely to put on a show, in which case there will be a whole bunch of excitement regarding his projection in a muddy TE group. Joe Marino: Isaiah Likely was terrific at Coastal Carolina but was up and down at the Senior Bowl. The combine should be a great showcase opportunity for his athleticism, which is rumored to be quite impressive. He fell behind in the tight end discussion in Mobile but can gain some sizzle in Indianapolis.

Keith Sanchez: The tight end with the most to gain would be Jeremy Ruckert. Ruckert had minimal production at Ohio State, which was no fault of his own, but showcased a good skill set at the Senior Bowl. I think that Ruckert will put up good testing numbers and get the conversation going on him possibly being a second-round player. TE Who Could Surprise

Kyle Crabbs: When you watch this dude play at Maryland and he looks like a Brevin Jordan/David Njoku type talent, it makes you wonder why he didn’t go the ‘The U’. Chigoziem Okonkwo is a versatile player who I loved on tape and I think he’s an athlete who can really inject some excitement into his projection as a “flex” tight end.

Joe Marino: Jake Ferguson is such a boringly outstanding prospect. He does everything well but isn’t flashy. If he tests well, the appreciation for his skill set could be strengthened. I see Ferguson having a long career in the NFL that will provide great returns for the team that invests in him.

Keith Sanchez: Greg Dulcich is a tight end from UCLA who just simply got the job done. I expect Dulcich to test well for a TE, but I believe he will thrive in the on-field drills where he can show off his hands and route-running ability. I'm Worried About...

Kyle Crabbs: Listen, no one is going to confuse Jalen Wydermyer for George Kittle. He’s just not that caliber of an athlete. And that’s okay, but Wydermyer is in contention for the top tight end and competing with plus athletes like Likely, Jeremy Ruckert, and Trey McBride. He can’t fall too far off the pace without concerns arising about him being a tier below due to a lack of dynamic athletic ability. Joe Marino: Jalen Wydermyer had plenty of supporters of him being a top tight end prospect after some dazzling catches at Texas A&M, but I’m worried about his athletic profile. His speed is gradual and his movement skills lack explosiveness. I’m concerned he doesn’t test well and lose some fans in this tight end class. Keith Sanchez: Jalen Wydermeyer is a big-bodied TE that may not test well. For most teams, Wydermeyer is TE1, but I’m afraid he can lose that this week with his testing numbers. Wydermeyer is a traditional in-line TE whose game is not predicated on pure athletic ability, so I'm concerned he may not put up great numbers in tests like the 40-yard dash. Test I'm Most Looking Forward To

ANYTHING JELANI WOODS DOES

Kyle Crabbs: Mr. Woods, you have my attention. Jelani Woods was excellent in Las Vegas for the Shrine Bowl this year and I’m hoping he can parlay that momentum into the combine. A former quarterback, Woods has awesome size and good hands, and he showed surprising ball skills both in the All-Star circuit and during his time at Virginia. This is a day-three favorite of mine who could leap into day two if his dominance continues. Joe Marino: I’m looking forward to everything that Jelani Woods does. He looks like a transformer in the middle of the field and was extremely productive for Virginia this year. His game against Illinois is one of the more dominant performances of any tight end in this year’s class. I’m not sure he’s a top athlete, but I am eager to get a better feel for his movement skills and route-running

Keith Sanchez: There has been tons of buzz around Isaiah Likely because of how he was able to athletically dominate defenders in the Sun Belt Conference. I'm looking forward to seeing Likely run the 40-yard dash to see if he has the speed to not only run away from Sun Belt defenders but NFL defenders too. Wish You Were Here

Kyle Crabbs: Gerrit Prince was someone who popped during Shrine week and I was really hoping to get a chance to see him measure himself against the other tight ends in the class. We will need to wait for the UAB Pro Day, unfortunately, as Prince was a combine snub that I’m still not over. Joe Marino: I would have loved to see Gerrit Prince invited to the combine. Prince came on in 2021 for UAB while averaging more than 19 yards per catch with 10 touchdowns on 36 receptions. A big-play threat in college that has plenty of upward mobility to improve, seeing him test at the combine would have been very interesting. Keith Sanchez:  Gerrit Prince has really good film and for offenses who like to do multiple things with their TEs this is a player that should be on their radar. Prince had a good showing at the Shrine Bowl and I believe would have tested well at the combine. Although Prince will not be a combine participant, I believe that he should be considered as an early-day-three player that can really help a team.