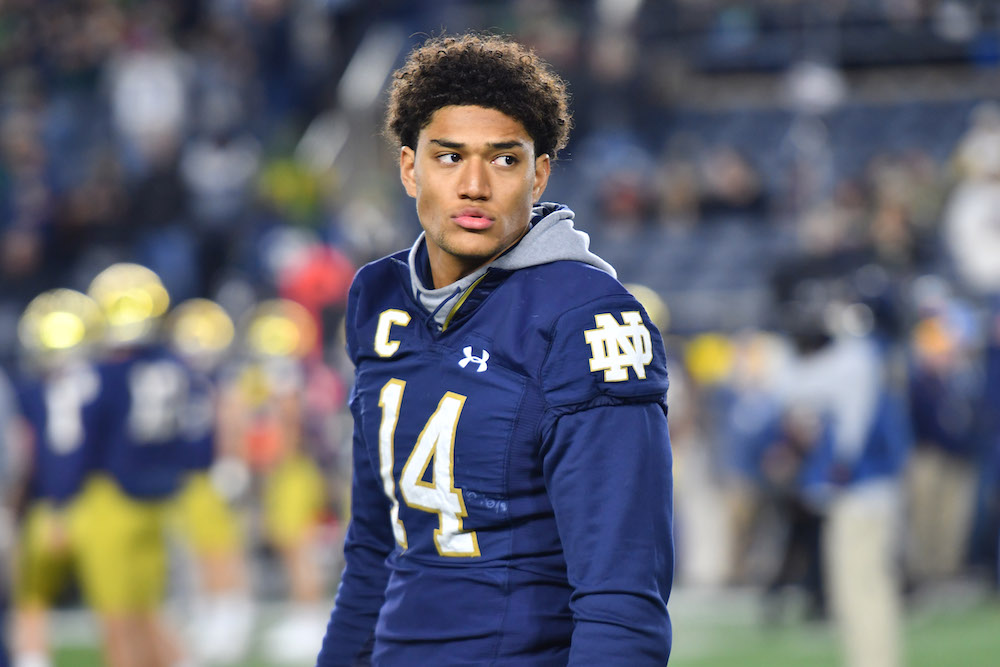 NFL Combine 2022 Safety Primer: Who Has Most To Gain, Lose?

The 2022 safety class is gaining some steam as we get closer to the draft. Kyle Hamilton leads the way, but there is no consensus SAF2 after him. Where should you focus your attention?

Before the safeties begin their testing, here are the players with the most to gain, most to lose, and the tests that actually matter at the 2022 NFL Scouting Combine.

Safety With Most To Gain

Joe Marino: We know that Kyle Hamilton is the top safety in the class but the SAF2 spot is an open race. While I prefer Daxton Hill, Jaquan Brisker can make that competition tighter for me with a strong showing at the combine. I think he’s a good but not great athlete.

Keith Sanchez: Jalen Pitre was named an All-American this past year, but as far as his draft stock goes, it remains low. If Pitre can test well in the 40 and showcase fluid hips in drills, he can challenge to be a fringe first-round pick.

Kyle Crabbs: Jalen Pitre’s stock could soar if he comes through Indianapolis with plus testing. He’s already showcased a very versatile skill set thanks to the Senior Bowl in February, but if he turns out to be a plus athlete, he may be pushing for top-40 consideration (assuming he isn’t there already).

Drae Harris: After a national championship season at Georgia and playing on the best defense in the country, Lewis Cine joins several of his Georgia teammates here in Indianapolis. He’s generally considered one of the top five safeties in the draft and someone who excels in the run game. However, what will he look like in position drills? What are his ball skills like? Will he prove that he can do more than just defend the run with physicality?

Safety Who Could Surprise

Joe Marino: People know how athletic Daxton Hill is, right? If not, you are in for a treat. He is an explosive dude with top-tier speed and agility. He’s exceptional in man coverage due in large part to how he can move. I think Hill is a top-20 prospect in this class and I’m eager to see him test.

Keith Sanchez: Nick Cross shows to be a good athlete on film and seems to have straight-line speed. If Cross can showcase his speed in the 40-yard dash, he should answer many of the questions NFL evaluators have about his speed.

Kyle Crabbs: Nick Cross has some really likable moments on film. He’s got fundamental improvements to be made in his game, but generally speaking, I like his athletic profile and he’s flashed big time. I think we can see him develop into a viable SAF3 or a starter down the road.

Drae Harris: Jaquan Brisker is firmly entrenched in the conversation to be selected in the first round. He’s a player who has some versatility along with some coverage upside. This is someone who could also make the conversation interesting if he shows good ball skills, good hands, and runs as well as some expect. He’s currently the No. 3-ranked safety on our big board and listed as the No. 28 player overall.

Joe Marino: Verone McKinley III captured some buzz with his ball production early in the 2021 season, but his tape is uneven and I don’t think he is a good athlete. As the season went on, the highlights turned to lowlights and he didn’t impress in a limited stretch of time at the Senior Bowl. His descent could continue if he tests poorly.

Keith Sanchez: Jaquan Brisker is widely regarded as a first-round safety, but I’m worried he may lose that status after some of the testing. Brisker shows to be an active player but I’m not sure how much quick-twitch and acceleration he has to perform well in combine drills.

Drae Harris: Kyle Hamilton is currently the No. 1-ranked player on our entire board. He’s lauded for his versatility and his ability to align in multiple positions. However, the No. 2 safety in the draft is regarded as an explosive athlete who is supposed to test extremely well. If Hamilton doesn’t perform well in testing and Daxton Hill does, the conversation gets interesting.

Kyle Crabbs: Dane Belton had a ton of ball production this past year, but the role he played in Iowa’s secondary is one that we’ve seen fulfilled at a high level before from players who aren’t necessarily dynamic athletes. And when I watched Belton on tape, I couldn’t help but wonder if he was cut from that same cloth. We’ll find out soon enough.

ANYTHING KYLE HAMILTON DOES

Joe Marino: Kyle Hamilton is such a unique football player and offers a unique blend of athleticism and size with rare versatility. I view him as a top-three prospect in this class. Given that status and just how special he is as a football player, I can’t wait to see him test and validate his blue-chip status.

Kyle Crabbs: The stratosphere of player I’ve put Kyle Hamilton into is a rare one. I’m hoping and expecting he lives up to those lofty expectations with whatever portions of the combine he participates in.

Keith Sanchez: Daxton Hill is one of the most versatile defenders in the draft and shows to be an exceptional athlete. I’m looking forward to seeing how he tests with the expectation that he will put up great numbers.

Joe Marino: I’m a fan of Nick Grant as a prospect and was disappointed for him that he was not invited to the combine. He’s a versatile and physical player that appears to be a strong athlete. I think he can provide plus special teams contributions with developmental appeal at safety.

Keith Sanchez: At the Senior Bowl, Tariq Carpenter showed well and I believe that he earned an opportunity to compete with some of the best in this draft class. Even though he wasn’t invited to combine, he should still be drafted as a late-day-three prospect.

Kyle Crabbs: This duo of hybrid safety/linebacker types certainly has my eye based on their respective film. The NFL, it seems, has other plans. Neither was a combine invite; which I can’t quite seem to wrap my head around.