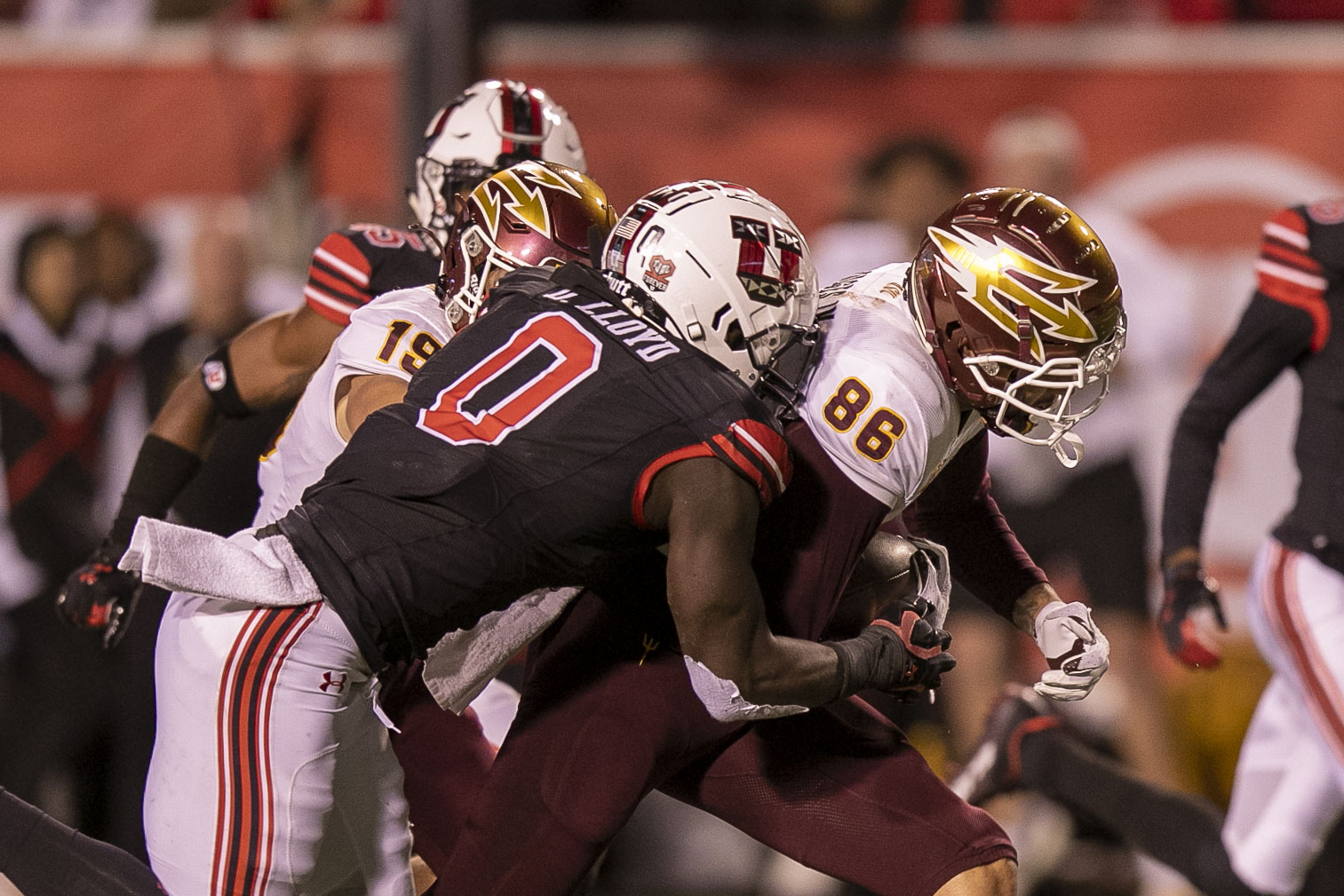 The 2022 linebacker class is quite intriguing. After some strong showings at the Senior Bowl, the hierarchy at the position isn’t abundantly clear. Where should you focus your attention?

Before the linebackers begin their testing, here are the players with the most to gain, most to lose, and the tests that actually matter at the 2022 NFL Scouting Combine.

LB With Most To Gain

Keith Sanchez: Damone Clark has elevated his stock throughout the draft process. With good testing numbers, he can place himself in the second round.

Joe Marino: The NFL loves linebackers that have speed, size, and the ability to be physical in the box. I feel confident that Damone Clark checks two of those boxes, but where is he athletically? We’ll find out soon enough and checking all three boxes will give him a strong chance of being a second-round pick.

Drae Harris: The player with the most to gain is Quay Walker. He is currently the No. 84-ranked player on our board and projected to be selected higher than that on some boards. Will his testing numbers be comparable or better than the day-one linebackers in this class, including his former teammate Nakobe Dean? If he measures as well as expected and performs well in the movement drills, he could catapult himself into Round 2 consideration.

Kyle Crabbs: Nakobe Dean is going to blow teams out of the water in the interview process; he’s received rave reviews and a lot of high marks for his off-the-field demeanor and football instincts. A true pro’s pro, Dean should have little issue leaving a lasting impression. The question is how high he can get a team interested in his services—he’ll accomplish that by weight in large and running fast.

LB Who Could Surprise

Keith Sanchez: Watching the Oklahoma defense on film, one of the first things that jumped out to you is Brian Asamoah’s athleticism. He flies around sideline to sideline making plays. I fully expect him to run one of the better 40 times out of all the linebackers and elevate his draft stock.

Joe Marino: All the hype for Georgia linebackers is centered around Nakobe Dean. And while Dean is the best of the group, Channing Tindall and Quay Walker are strong prospects in their own right. I’m excited to see both of them showcase their athleticism and size while capturing some buzz along the way.

Kyle Crabbs: This guy popped for me at the Shrine Bowl this year and when you watch him play, it is pretty apparent he’s a nifty athlete for the position. I’m not expecting world-shattering numbers, but in an age in which your linebackers have to be able to move effectively, I think Chance Campbell can make a little noise this week as a day-three target.

Keith Sanchez: Devin Lloyd has solidified himself as the No. 1 linebacker in this draft thus far, but I have some concerns. Lloyd is great playing downhill and being a true thumper, but I am worried that he won’t run as fast as people think and will put up some underwhelming numbers.

Drae Harris: The player I’m most worried about is Nakobe Dean. He’s an outstanding college football player, but what if his measurables are significantly smaller than his peers? He is a smaller linebacker so it would benefit him to score well in the movement and agility drills. Will his numbers be comparable to where he’s currently expected to be drafted in the first round? There are legitimate questions about his size, and how well he tests could move the needle.

Joe Marino: Not that I expect elite testing out of Darrian Beavers, but he won’t stand out in a good way in a group of extremely athletic linebackers. He’s more of a downhill player with limited range in coverage. It’ll be important to not get too caught up in how he tests because he’s a scheme-specific player that won’t have value to every team. But for a team looking for a skill set like his, he can deliver.

Kyle Crabbs: My worries aren’t tied to his athletic ability—no one can question just how dynamic and rangy Smith is as an athlete—but his play this year regressed as Penn State looked to put him in more congested space and asked him to do more. How will he navigate those questions in the interview process? Can he contextualize those struggles and get teams excited about his raw physical potential? I don’t know.

Keith Sanchez: Brandon Smith is pound-for-pound one of the most athletic prospects in this class regardless of position. So I’m looking forward to him testing well in the broad, vertical, and 40 time to try to rehab a draft stock that has hurt tremendously by his showcase on the field during the 2021 season.

Joe Marino: Brandon Smith hasn’t produced consistent game tape and there are plenty of concerns about that entering the next level, but he is an exceptional athlete with terrific size. The combine is a perfect opportunity for Smith’s best attributes to be on display and I expect him to put on a show. I can’t wait to see him test and go through drills.

Kyle Crabbs: This man is rumored to be primed to put on a show here in Indianapolis. There’s an old video of Leo Chenal easily pumping into the 30s on the bench and one has to imagine that with prep for this event, he’ll easily challenge to get into the mid-40s. Get your popcorn ready for one of the most physical backers in the class.

Keith Sanchez: This was tough, but I have to go with Arizona State’s Merlin Robertson. While Robertson doesn’t do anything great, he is a solid football player and someone I believe will still be drafted.

Joe Marino: I thought Ellis Brooks deserved an invite. In fact, I’ll go as far as to say that he’s a better player than Brandon Smith who is at the combine. Brooks was one of the more notable snubs regardless of position.