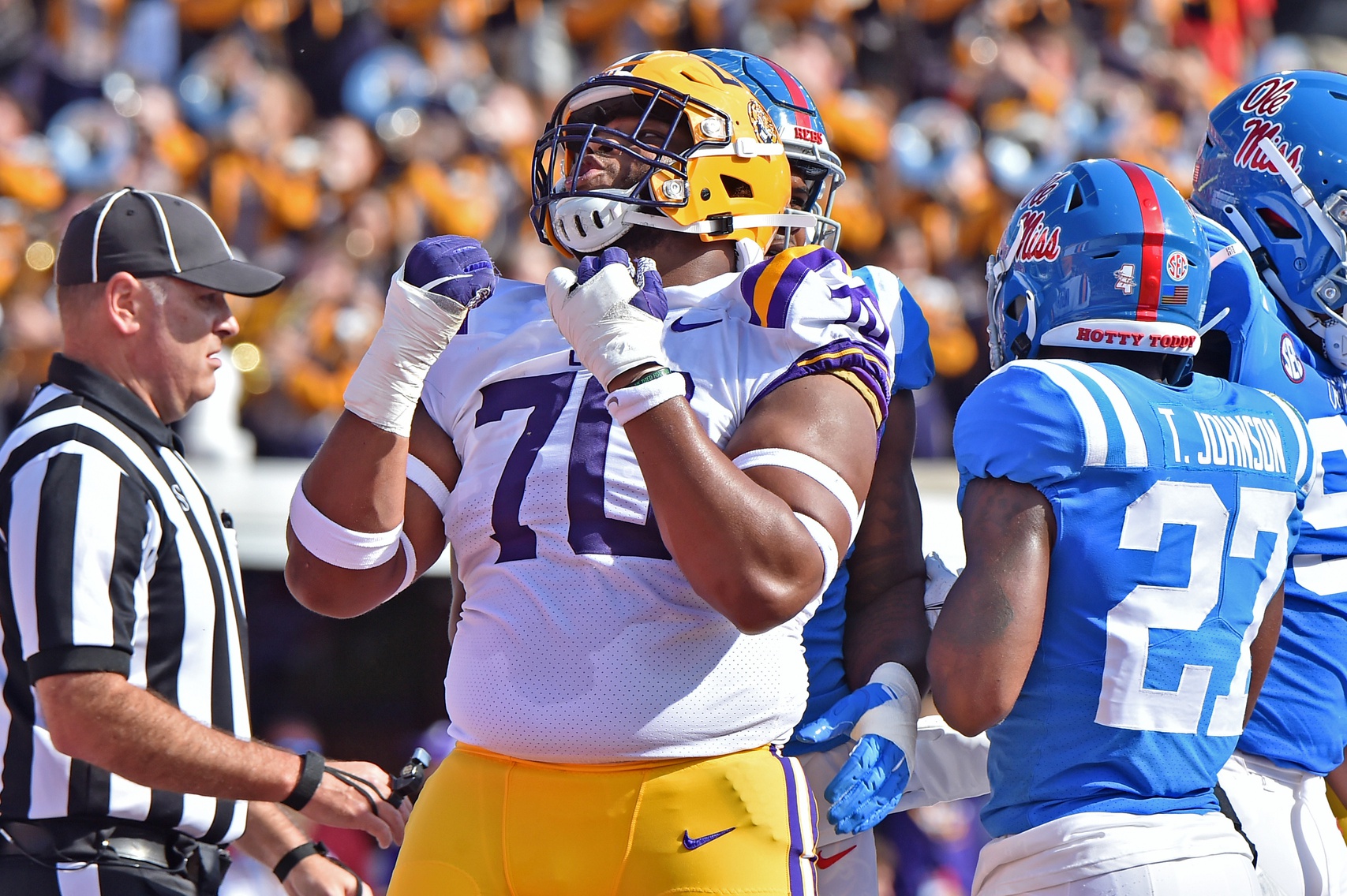 The TDN scouting staff is on the ground in Indianapolis, Indiana for the 2022 NFL Scouting Combine. This week will be filled with player interviews, testing, and, most importantly, rising and falling draft stocks. The 2022 IOL class is posied to help several NFL teams accomplish their goals. OC1 is locked in, but there's no consensus top guard. Where should you focus your attention? Before the interior offensive linemen begin their testing, here are the players with the most to gain, most to lose, and the tests that actually matter at the 2022 NFL Scouting Combine. IOL With Most To Gain

Joe Marino: Memphis listed Dylan Parham at 285 pounds but he measured in over 310 pounds at the Senior Bowl. He was a dominant blocker in college whose biggest concern was size. With that question answered, I am curious to see how he tests with the added weight. If everything checks out, he is firmly a day-two pick that projects as an early starter. Keith Sanchez: Dylan Parham showed up to Mobile heavier than mot expected and played very well. If he can follow that up with a good testing performance, I believe Parham can place himself at the top of Tier 2 for interior offensive linemen.

Kyle Crabbs: Tyler Smith is a buzzy name, but we are currently projecting him inside as a guard for our own process. That’s fine because there’s plenty of room for high-drafted interior OL in our book—especially after the top three of Zion Johnson, Tyler Linderbaum, and Kenyon Green. Can Smith, who is admittedly raw as a player, make teams fall in love with the potential this weekend?

Drae Harris: The player with the most to gain is Zion Johnson. There are some who have him as a first-round draft pick. However, there are some scouts who question his lateral agility and overall athleticism. How will he look in comparison to the rest of his peers? If he acquits himself well, he could shoot up draft boards. IOL Who Could Surprise

Joe Marino: I understand projecting Tyler Smith to tackle or guard, but what I don’t question is his athletic profile. Now there are plenty of rightful concerns about technique in terms of both hand and footwork, but Smith is a massive man with good athleticism. I think he tests better than expected and continues surging up draft boards.

Kyle Crabbs: Woooo buddy, you can take a lot of the things that are applied to Tyler Linderbaum and see a lot of parallels to Cam Jurgens. Jurgens, a former tight end, is an undersized center but a plus athlete who will fit in zone systems. I’m expecting good athletic testing here.

Keith Sanchez: I've had the opportunity to watch LSU offensive lineman Ed Ingram up close for the past couple of years and know how athletic he is. I think he can surprise people with his testing numbers and his movements skills in the on-the-field drills.

Drae Harris: Sean Rhyan is currently the No. 41-ranked player on our board. There are questions about his length. Will his arms be over 33 in Indianapolis? He played tackle for three years so his athleticism, relative to other IOL in this draft, could surprise scouts. I'm Worried About...

Joe Marino: Thayer Munford was an intriguing prospect entering the season, but his 2021 campaign was highly inconsistent. He kicked inside to guard and had his share of struggles. A poor showing at the combine will continue to plummet his stock.

Kyle Crabbs: As this class continues to develop and we get more familiar with the rest of the center class, Alec Lindstrom is a player I’m not sure I see keeping pace. From a center perspective, you have Linderbaum and then Lindstrom’s teammate, Zion Johnson, snapped at the Senior Bowl. Kentucky’s Luke Fortner has jumped out as a likable name. So, too, has Jurgens. Suddenly there’s a fair bit of competition in these parts for being a mid-round center.

Keith Sanchez: Cade Mays is a road grader but unfortunately, this is not a padded event. The combine is an athletic and movement testing event and I believe that Mays may struggle some.

Drae Harris: There are some scouts who think Tyler Smith could survive at right tackle in the NFL. However, I believe his skill set is best suited inside at guard. At times on tape, he appeared “heavy-footed.” Will he display the athleticism and lateral agility to answer some of the questions some may have about his athleticism? Test I'm Most Looking Forward To

Joe Marino: One of the biggest questions among the top prospects in this class is the actual size of Tyler Linderbaum. I want to know how he measures. If he’s actually 6-foot-2 and 290 pounds then he won’t be a fit for everyone and the idea of him having positional flexibility to play guard won’t be there.

Kyle Crabbs: Let’s get after it… Dylan Parham is a big, boxy build with a barrel chest. That typically adds up to a successful campaign on the bench. Parham is a player who, as I’ve watched more of, is firmly in consideration as a round-two interior line prospect. He’s got good cadence for his stature and he came in about 30 pounds bigger than his listed size on the Memphis roster when he showed up at the Senior Bowl.

Keith Sanchez: I'm looking forward to seeing how well Zion Johnson tests in the 40, vertical, and broad jump. Johnson shows to be a good athlete and continues to elevate his stock throughout the draft process. Testing well will do nothing but help catapult him up draft boards. Wish You Were Here

Joe Marino: More actual centers! There simply aren’t many players that are Indianapolis that are projected NFL starters that played center college. There are a few projected centers like Dylan Parham and Cole Strange, but this class is missing options.

Kyle Crabbs: SIGH. We don’t need to get Tyler Linderbaum’s testing numbers to know he’s one of the best athletes here for his size. But boy, it sure would have been nice to get confirmation of what athleticism he’s holding at whatever size he’s coming in at as a player with functional strength questions. Keith Sanchez: Tyler Linderbaum is possibly the most known offensive lineman in this year's draft. The NFL community has fallen in love with his athleticism and physicality, but unfortunately, we won’t be able to see him test. I was looking forward to seeing the numbers he puts up in the athletic testing events.