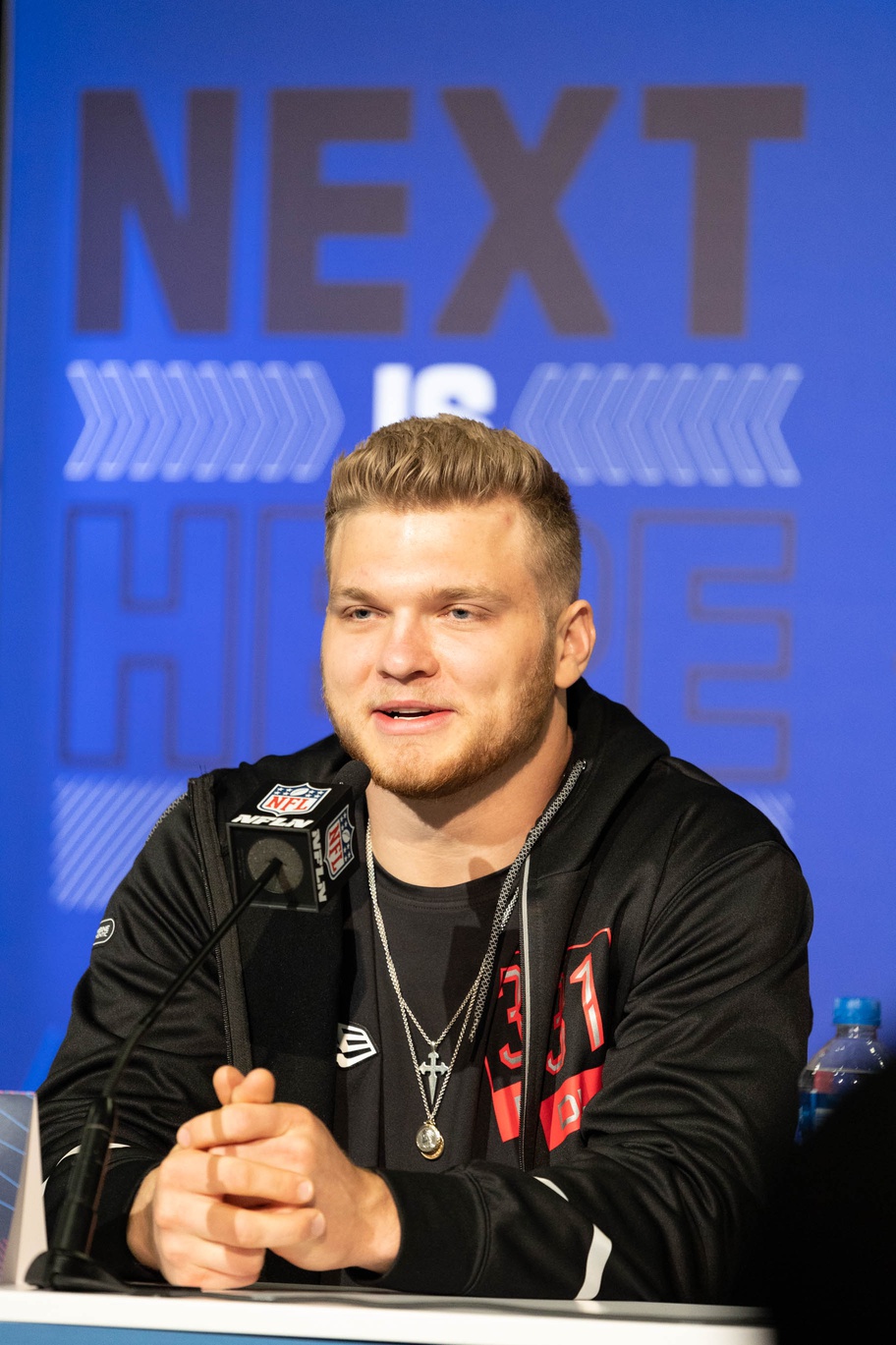 NFL Combine 2022 EDGE Primer: Who Has Most To Gain, Lose?

The 2022 EDGE class is loaded! Half of the top 10 picks in the 2022 class could be edge rushers—and no one would bat an eye if that happens. Where should you focus your attention?

Before the edge rushers begin their testing, here are the EDGEs with the most to gain, most to lose, and the tests that actually matter at the 2022 NFL Scouting Combine.

EDGE With Most To Gain

Keith Sanchez: This is easily Texas A&M defensive lineman Michael Clemons. Clemons has all of the athletic traits that lend themselves to him being a great edge defender. And he flashed some of this on film. I believe that if he performs well, the NFL will begin to take notice of how much upside this player has and it will catapult him up a lot of teams’ boards.

Drae Harris: The player with the most to gain is Cameron Thomas. Playing on the west coast for an SDSU program that didn’t play a lot of nationally televised games, there are legitimate questions about who he is. How will he stack up compared to his peers from the bigger Power 5 programs? Will he prove to be as good in the agility drills as they are? His tape is outstanding. However, there may be questions about his athleticism that need to be answered here at the combine.

Joe Marino: Cameron Thomas feels like a forgotten man in this EDGE class after not being able to participate much at the Senior Bowl. That said, he’s an explosive athlete that dominated at San Diego State. A strong combine will help capture some momentum that seems to be missing right now.

Kyle Crabbs: Travon Walker hasn’t quite reached the point in which he’s considered to be the top pass rusher this year—I don’t think we’re looking at someone who will catch Aidan Hutchinson and Kavon Thibodeaux.—but getting caught up to and passing the rest of the field beyond the top two is something I think we can see Walker manifest with a strong showing in Indianapolis.

EDGE Who Could Surprise

Keith Sanchez: Logan Hall has a great frame and carries his weight well. On film, you can see that he is a good athlete and I fully expect him to not only test well but also run a pretty good time for his size.

Drae Harris: David Ojabo’s athleticism is off the charts, but what weight will he show up at and how will he perform in the bench? Strength at the point of attack is a big question for him that needs to be addressed. We expect him to test well in the movement skills, but will he show up at a desirable weight and prove that he’s gotten stronger since the season ended?

Joe Marino: I know the hype around Jermaine Johnson accelerated after he dominated for two days at the Senior Bowl, but I’m not sure it’s widely understood just how athletic he is. I expect him to put on a show and continue his ascension. From the start of 2021 until now, no prospect helped themself more than Johnson and his combine performance will put an exclamation point on the process.

Kyle Crabbs: When I think about Josh Paschal’s 2021 season, the word that comes to mind is powerful. If we get that same version, or even a more enhanced version thanks to combine training, I could definitely see Paschal being a riser in the eyes of many. He played with heavy, heavy hands this past year at Kentucky; I’m hoping that’s a tease for dynamic testing.

Keith Sanchez: From measurements to testing, I’m worried about Oklahoma’s Nik Bonitto. Bonitto is a very productive player but he is a tweener as far as size. I’m concerned that if he doesn’t test well it’s a very real possibility that he starts to significantly slide down draft boards.

Drae Harris: George Karlaftis is currently projected to be selected in the first round by some evaluators. However, I have big concerns about his overall athleticism and ability to rush the passer. He was predominantly a power rusher at Purdue. Will he show enough athleticism to make scouts feel comfortable about him playing on the edge or will he be reduced to an IDL due to his inability to win on the edge against NFL tackles?

Joe Marino: George Karlaftis is a powerful player with an insane motor. That said, he lacks length and agility. If his arms are as short as I think they are and he lacks fluidity like I believe he does, it could really cost Karlaftis.

Kyle Crabbs: Kingsley Enagbare is a heavy-handed rusher who showcased himself well in Mobile for the 2022 Senior Bowl. But in reviewing his movement skills, I’m not too sure that this is a setting that is conducive for him to shine relative to some of his peers. If that is indeed the case, the crowded day-two EDGE group could get even murkier.

Keith Sanchez: I’m going with possibly the hottest name in the draft right now, Travon Walker. Walker showcases good athleticism on the field and has good versatility. If Walker runs a good 40 time, he should solidify himself as a top-10 pick.

ANYTHING AIDAN HUTCHINSON DOES

Joe Marino: Aidan Hutchinson is my top prospect in this class and I can’t wait to see his workout. He has been extremely confident in how he’s prepared for the event and what that will produce. I’m expecting big things and confident that he will deliver.

Kyle Crabbs: Alright, George! Let’s see what you’ve got. There are some in the space that want to put Karlaftis into the same air as the Aidan Hutchinsons of the world. I’m not quite sure I’m ready to make that leap. But any discussion to entertain such an idea starts with a dynamic 3-cone drill for a player who I think shows a little bit of tightness on tape.

Keith Sanchez: This is easy. How about I go with arguably the best player in college football, Will Anderson Jr.? Without the three-year rule that the NFL has in place, Anderson would easily be the most intriguing player of the 2022 combine.

Joe Marino: This EDGE class is loaded, but I can’t help but get excited about Will Anderson Jr. There’s no doubt that he’s NFL-ready and I can’t wait to see him play on Sundays. I’m eager to see him compete and go through the draft process.

Kyle Crabbs: Ali Fayad played at Western Michigan and popped a fair amount at the 2022 Shrine Bowl—I think he’s got a little bit of something to him as a potential pass-rush specialist. But we won’t see him this week here in Indianapolis as he didn’t receive an invitation to the event.