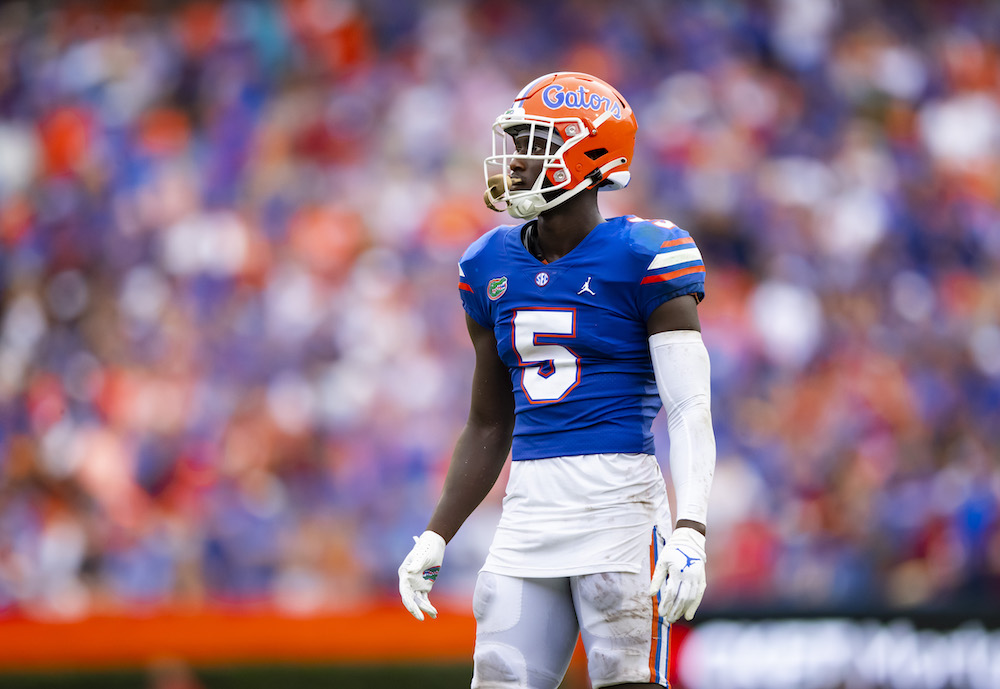 The 2022 cornerback class is full of depth and excitement. There is no consensus CB1 and we might see a half-dozen come off the board in Round 1 alone. Where should you focus your attention?

Before the cornerbacks begin their testing, here are the CBs with the most to gain, most to lose, and the tests that actually matter at the 2022 NFL Scouting Combine.

CB With Most To Gain

Joe Marino: Kaiir Elam entered the season commonly seen in the first round of mocks, but it’s been a while since that was the case. The root of that omission stems from concerns over his athletic profile and ability to function in man coverage. He can capture some hype if he runs fast and showcases good agility.

Drae Harris: Early in the season, Kaiir Elam was firmly entrenched in the first round. Some even had him as the No. 1 cornerback taken in the draft. However, he may be stiffer than expected and may not test as well as the top cornerbacks in this draft. Can he do enough here to catapult him back into the first-round conversation?

Keith Sanchez: Every year there is a small-school corner that has great measurables. This year, that’s Tariq Woolen. Woolen has shown to have good ball skills at corner and if he can manage to test well, I think he could firmly place himself as a day-two draft pick.

Kyle Crabbs: I had a chance to meet Ahmad Gardner earlier this week and he left a great impression, which only further backs the enthusiasm I have for him as a cornerback—he’s my CB1. But there are a lot of opinions that favor other players instead, including Derek Stingley Jr. and Andrew Booth Jr. Gardner testing well to alleviate athleticism concerns could throw that on ice.

CB Who Could Surprise

Joe Marino: Joshua Williams out of Fayetteville State is a long corner with good size and plays an extremely physical brand of football, but don’t confuse him as a guy that lacks athleticism. He should run extremely fast and shoot up boards. He had a strong performance at the Senior Bowl and he’s primed to showcase himself well at the combine.

Drae Harris: There are some who have Kyler Gordon as a late first-round talent. He currently sits as the No. 43 player on our board. However, if he measures at 6-foot and records the explosive times that some suggest, he could thrust himself into the mid-first-round conversation. He already has all of the tools to be successful, but by testing well, he could prove to have a higher ceiling than those currently ranked above him.

Kyle Crabbs: Chase Lucas is fun! He certainly looked the part at the Shrine Bowl this year as well—he’s got good size and could potentially be a mid-round corner who becomes a steal. I like his chances of testing well after watching him move around in Las Vegas.

Joe Marino: The combine isn’t the best format for Martin Emerson. He doesn’t showcase good athleticism on tape and that figures to be reflected in how he tests. He won’t be a fit for all teams and his modest athletic profile could limit him at the next level.

Keith Sanchez: I have to say I’m somewhat concerned about Florida cornerback Kaiir Elam. Elam is a very talented cornerback, but I question how much natural speed he has so it’s possible that he may run a less than ideal 40-yard dash time.

Drae Harris: Some evaluators have Ahmad Gardner ranked as the No. 1 cornerback in the draft. I do not, and he’s currently ranked as the No. 10 player on our board. My questions are related to how fluid he will look in space and how well he will run. Will his numbers substantiate his billing as the top corner selected in this draft?

Kyle Crabbs: No one is going to question how physically talented he is. But he announced this morning that he did indeed suffer a Lis Franc injury and will not be testing here in Indianapolis. The adage “your best ability is availability” is one that may linger for Stingley Jr. after this week—even if there aren’t necessarily any new developments other than a definition for his most recent injury.

EVERYTHING TARIQ WOOLEN DOES

Joe Marino: I’m expecting Tariq Woolen to put on a show and I can’t wait to watch everything he does at the combine. A converted receiver, Woolen is still developing at cornerback but his athleticism shines on tape. He is going to steal the show on Saturday.

Kyle Crabbs: GET YOUR POPCORN READY. We have heard big things about how springy Tariq Woolen is and how dynamic of an athlete he is. Shaking his hand on Friday afternoon gave me a full appreciation of just how long he is—but that size apparently doesn’t come with compromising elite athleticism.

Keith Sanchez: Montaric Brown has one of best ball skills at the cornerback position in this draft, but I’m not sure how much down-the-field speed he has. If he runs a good 40 time, I believe that he can get into that day-two range as a player.

Joe Marino: Andrew Booth Jr. and Derek Stingley Jr. are two of the best corners in this year’s draft but neither are testing at the combine. It would have been so fun to see them under the same circumstances and gauge their athleticism but we won’t be afforded that opportunity.

Keith Sanchez: Collectively, the NFL community has seen Derek Stingley Jr. dominate during his freshman year but haven’t seen a whole lot of him since then. It would have been good to see Stingley Jr. do some drills and remind everyone why he is the No. 1 corner in the class.

Kyle Crabbs: Yes, Gregory Junior is a small-schooler, so this isn’t a surprise. But after getting the call in an All-Star event, I left with questions I was hoping to get answered regarding his athletic profile. We won’t get them at the NFL Combine, as he isn’t among attendees.