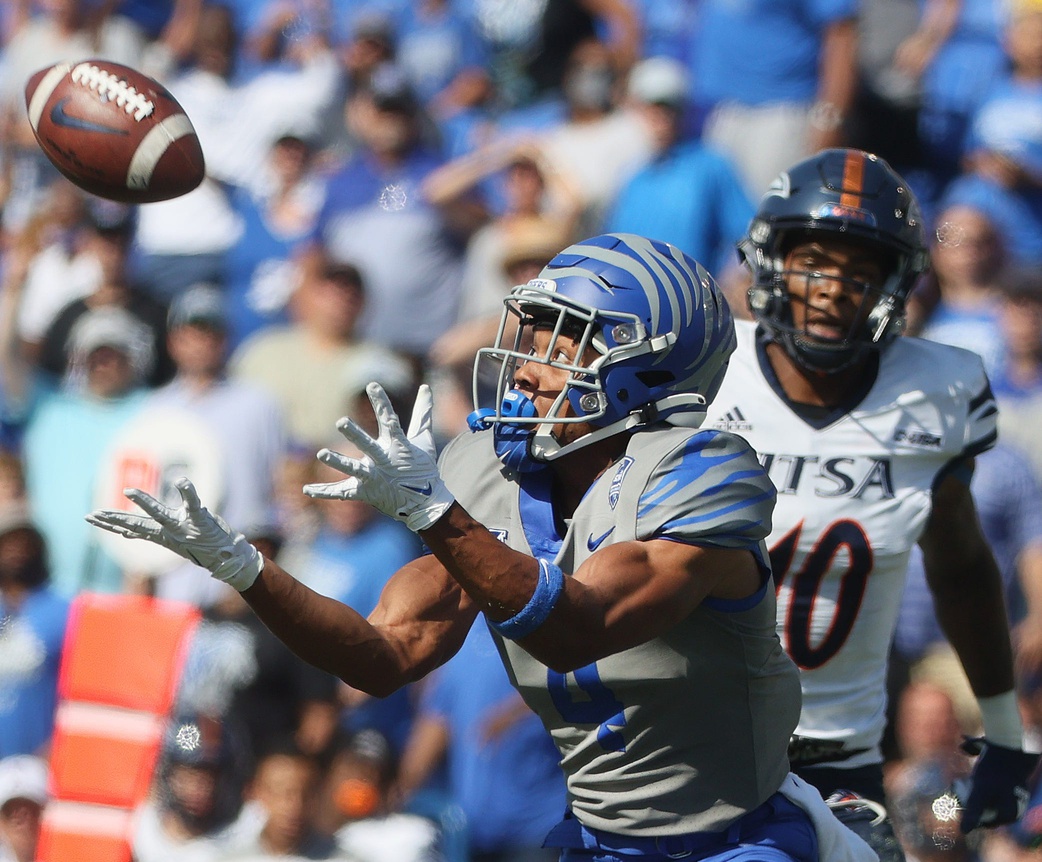 Ladies and gentlemen, welcome to NFL Combine week! The premier showcase event in which the who’s who of the upcoming draft will compete under the same roof, we’re just hours from showtime. While the eyes of the NFL world will fall upon the landscape of Indianapolis, and, more specifically, Lucas Oil Stadium over the next week, the arrival of the combine has made one thing evidently clear: the draft is just around the corner. As league evaluators and teams scour through medical reports, measurements, and prep for interviews, the public eye will fall on the workout portion of the event, as the 40-yard dash, bench press, and vertical/broad jump once again take center stage in Indianapolis. Here’s my prediction of who will take the crown in each measurable.

Lightning in a bottle and an athlete who’s traded in his track spikes for football cleats, I expect Calvin Austin III to light up stopwatches in the 40. At 5-foot-7 with an explosive lower half and quick turnover, his track background should produce one of the fastest times in the class and certify his status as a high day-two selection in April.

One of the biggest risers in the class, Travis Jones is my pick here in the bench press as he looks to add nitrous to his draft stock. A big, powerful man at 6-foot-4 and 330 pounds, Jones touts an extremely strong upper half and a non-forgiving will to compete that should serve him well to finish atop the pecking order of the class.

One of the most gifted athletes in the class, Daxton Hill could challenge for the top spot in every non-bench measurable. After recording a 43.6-inch vertical out of high school, now faster and stronger, his ability to coil and explode off his lower half should see him jump out of the gym in Indianapolis.

A long, dynamic corner with an athletic profile rivaled by few even at the NFL level, Tariq Woolen, like Austin III, should etch his name into the second round after showcasing his intangibles in front of NFL eyes. While his game popped on film all year long, Woolen was also a standout at the Senior Bowl, and an eye-popping performance in Indianapolis could check the final box on his scouting report.

The seven-second threshold is considered the “standard” in the drill, where anything below the mark is considered above-average, but I expect Austin and his electric footwork and balance to slot potentially in the 6.4s (combine record is 6.28). With oily hips and an ability to accelerate from 0-60 in a blink of an eye, Austin should dazzle in this event as well.