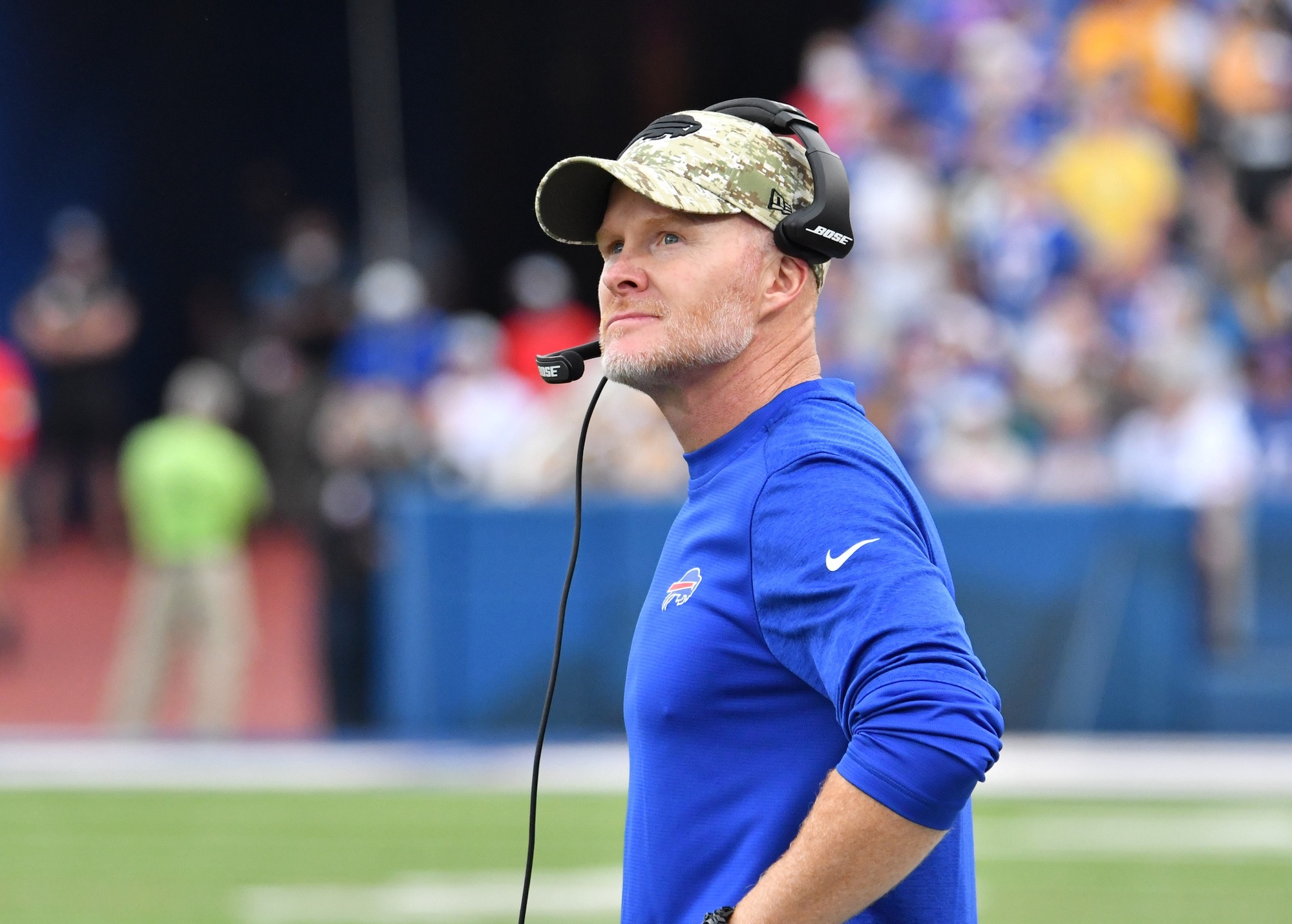 Tennessee Titans Head Coach Mike Vrabel captured last season’s NFL Coach of the Year honors for ushering his team to a 12-win campaign en route to capturing the No. 1 seed in the AFC. Vrabel managed to achieve such success despite setting the NFL record for utilizing the most players on an active roster (91) throughout the course of the season.

As we head toward the 2022 campaign, several coaches will attempt to dethrone Vrabel as the league’s most impressive head honcho.

Several franchises are expected to take sizable steps forward in 2022 after failing to qualify for the postseason a year ago. Teams such as the Denver Broncos and Los Angeles Chargers have an excellent opportunity to showcase terrific progress after experiencing aggressive offseasons that bolstered their rosters. The coach that captures such an annual award is often one that overcomes adversity as Vrabel did last season, or leads his team to unforeseen improvement.

With that said, the NFL futures prop betting landscape for the 2022 Coach of the Year award is officially starting to take shape. BetOnline doesn’t waste any time, and they’ve already updated the exciting odds. The top 10 shakes out as follows:

The current landscape certainly qualifies as rather intriguing. The BetOnline oddsmakers have listed an abundance of first-year coaches in the top 10. We’ve compiled some thoughts on the early listings below.

It’s no surprise to witness Buffalo Bills Head Coach Sean McDermott listed as the early favorite. The high-octane Bills are entering the 2022 campaign with a ton of expectations on their shoulders after suffering a heartbreaking overtime postseason defeat at the hands of the Kansas City Chiefs in the divisional round. The Bills have managed to achieve terrific consistency under McDermott’s leadership. They captured their second consecutive AFC East title in 2021 and have won 10-plus contests in three straight seasons.

The reason I am not picking McDermott as my personal early favorite is because he’ll have to achieve something truly special to capture the attention of voters. Everybody expects the Bills to routinely win 11-plus contests while topping the AFC East for a third consecutive season. Unless McDermott achieves something truly magical such as winning 15-plus regular-season contests, the attention of the voters will likely be captured by a coach that leads his franchise to an unsuspecting postseason berth. There’s always the possibility that McDermott is viewed as an overdue winner and is shown the respect he deserves, but the odds seem stacked against Buffalo’s impressive leader.

The Los Angeles Chargers appear poised to take a massive step forward under head coach Brandon Staley in year two. The Chargers disappointingly missed out on a 2021 postseason berth due in part to a heartbreaking do-or-die loss to their division rival Las Vegas Raiders in Week 18. Chargers quarterback Justin Herbert is entering his third professional season in 2022 and is on the verge of confirming his superstar status as one of the most impressive young signal-callers across the entire league. Herbert is fully capable of capturing the MVP award in 2022 and that would bode well for Staley’s chances of winning the highest honor among his peers.
The AFC West has received quite the makeover this offseason. The Kansas City Chiefs are still an extremely dangerous team despite losing Tyreek Hill. The Denver Broncos have signaled their aggressive intentions by acquiring Russell Wilson at quarterback. The Raiders have an impressive new head coach in Josh McDaniels and managed to acquire two new superstars in Davante Adams and Chandler Jones this offseason.

The Chargers kept an impressive offensive cast around Herbert in place, added to their running back room by drafting Isaiah Spiller, and invested in their offensive line by drafting Zion Johnson in the first round. General manager Tom Telesco also boosted Staley’s defense by adding J.C. Jackson and Khalil Mack.  If the Chargers can qualify for the postseason in this loaded division after failing to do so last season, and I believe they can, Staley could be heavily favored to win Head Coach of the Year in 2022. I love his chances.

It’s safe to say Doug Pederson won’t have to achieve much to represent an upgrade on Jacksonville’s last head coach. Pederson replaces Urban Meyer, who experienced a disastrous 10-month stretch as Jacksonville’s clubhouse leader. Meyer’s self-inflicted behavior and borderline villain-like, cartoonish actions quickly poisoned the Jaguars’ organization from the inside out.

Jacksonville crawled to three victories and ended up clinching the No. 1 overall selection in the NFL draft for the second consecutive season, where they drafted former Georgia defensive linemen Travon Walker with the top pick. So, a Super Bowl-winning coach, Pederson was a big-time hire for the Jaguars.

Franchise quarterback Trevor Lawrence is entering an ever-important sophomore campaign and could thrive now that he’s rid of Meyer’s stink. Jaguars General Manager Trent Baalke has wisely invested in the supporting cast around Lawrence this offseason. Jacksonville paid a premium to secure the services of Christian Kirk in free agency, but Kirk’s presence rewards Lawrence with a consistent target in the passing game. Zay Jones and Evan Engram also join a new-look group of pass-catchers. The signing of Brandon Scherff adds an elite blocker to an offensive line that also welcomes the services of rookie Luke Fortner.

Pederson is an offensive-minded head coach that should quickly understand how to scheme his new weapons open. Defensively, the Jaguars added Devin Lloyd, Chad Muma, Arden Key, Folorunso Fatukasi, Darious Williams, and Foyesade Olukon via the draft and free agency. Voters will be impressed if the Jaguars can manage to contend for the AFC South title. Expectations are relatively low in Jacksonville, and that could allow Pederson to qualify as a surprise candidate.