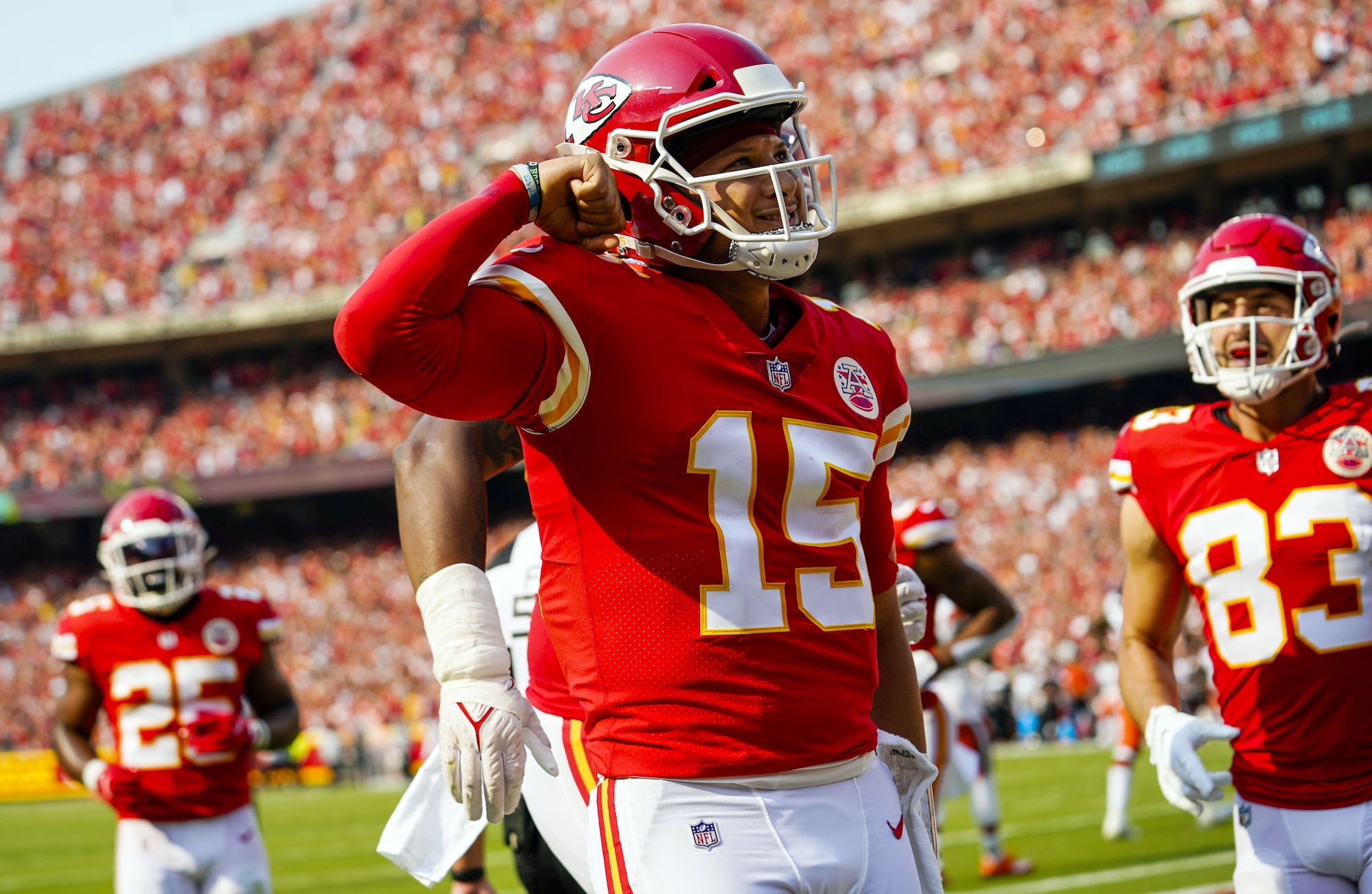 As is our yearly tradition, the Draft Network staff submitted their own personal ballots for the full slate of awards for the 2022-2023 NFL season. However, unlike in previous years, there wasn’t a single unanimous winner of any award, no, not even NFL MVP.

In the end, there were a few obvious choices and a couple of tight races, so I’m here to break down my full thoughts on this year’s voting results for the various NFL awards.

This was one of those aforementioned obvious choices. Though one dissenting voter prevented Mahomes from winning unanimously, the Chiefs’ starting quarterback is perhaps the most obvious choice for any of the awards this year. He was far and away the NFL’s leader in passing yards this year with a career-high 5,250 of them. His career-high 41 passing touchdowns also led the NFL by a significant margin. If those stats alone weren’t enough, there’s also the fact that his 5,614 yards from scrimmage—including 358 rushing yards and six receiving yards—this season set an all-time NFL record. Mahomes is the clear MVP for this season, and our staff’s ballots backed that up.

This one was another obvious choice. Jefferson put his team on his back as he led the NFL in receptions (128), receiving yards (1,809), receiving yards per game (106.4), and yards per touch (13.9). Once again, there was only one dissenting voter keeping this from being a unanimous decision.

Yes, yes, another easy choice and runaway winner. Bosa led the NFL in sacks (18.5) and was second in tackles for a loss with 19 of them. Similarly to the obvious winners before him, Bosa received almost all first-place votes.

Here’s where things got really interesting. This race was neck-and-neck between Wilson and Seattle Seahawks running back Kenneth Walker III, who would have taken the crown if just a couple of extra votes flipped his way.

Wilson, for his part, led all rookies in receiving yards (1,103) and receptions (83). His ability to stay healthy for all 17 games is likely what allowed him to surpass his collegiate teammate and fellow 2022 first-rounder Chris Olave in those two statistics, though they were tied with four receiving touchdowns apiece.

Walker, meanwhile, led all rookies in rushing yards (1,050) and carries (228). The Seahawks running back also added 165 receiving yards on 27 receptions. Taking everything into account, that meant Walker led all rookies in yards from scrimmage with 1,215. On top of that, Walker’s nine total rushing/receiving touchdowns eclipse every rookie in the class besides Packers receiver Christian Watson.

As far as scoring production and overall yardage go, Walker was the clear leader in the clubhouse. In terms of yards per touch, target share, and significance to his team’s total offensive success, Wilson had a clear edge. Ultimately, it was up to each voter’s philosophy in either category, and there’s a reason the results ended up so close.

A New York Jets rookie awards sweep! As the league—not just rookie—leader in passes defensed (20) and after an overall tremendous season in coverage, Gardner got the nod from our staff. Despite a fantastic season of his own, Lions rookie edge rusher Aidan Hutchinson couldn’t quite surpass Gardner on the ballot. Seattle’s Tariq Woolen also got a first-place vote of his own after leading the rookie class—and tied for the NFL lead—with six interceptions. In the end, the overall higher quality of pass coverage over the full course of the season, even despite the lack of interceptions, was the reason Gardner won.

Despite how lopsided the final votes tally came out in the end, this was perhaps the most interesting ballot. Five different candidates got a first-place vote and there were plenty of good arguments for each of them.

Daboll led a team featuring one of the NFL’s worst rosters to the playoffs. Nick Sirianni coached up quarterback Jalen Hurts closer to his full potential and MVP candidacy while leading the Eagles to a 14-3 record and No. 1 seed in the NFC. Kyle Shanahan led the 49ers to the postseason despite cycling through not one, not two but three different starting quarterbacks—including the very last pick of the 2022 NFL Draft—over the course of the season. Sean McDermott managed to lead his team to the AFC’s No. 2 seed despite a chaotic season that involved blizzards, moved games, an elbow injury to the starting quarterback, and a player suffering cardiac arrest on the field. And Mike Tomlin, somehow, some way, secured another non-losing season—his 16th in a row—despite a 3-7 start.

Even the guys who didn’t receive first-place votes did great things this season. Doug Pederson got the Jaguars back to the playoffs by helping quarterback Trevor Lawrence get right. Kevin O’Connell led the Vikings to a perfect record in one-score games in a massive flip from the previous regime. Pete Carroll got the most out of quarterback Geno Smith and made the playoffs in what many expected to be a lost year in Seattle following the Russell Wilson trade. Dan Campbell pulled a winning record and nearly a playoff berth out of a team that held the second overall pick in the 2022 NFL Draft. Andy Reid continued his run of dominance in the AFC West.

It was a good year for many head coaches, and just about every candidate who got a vote on this ballot deserved it. But as the coach who led his team to the playoffs and got perhaps the most surprising result of all NFL head coaches this year with a franchise that has been directionless for years, Daboll, a first-year head coach, absolutely earned the accolade.

This was the most contentious vote of any of the awards in this year’s end-of-season ballots. Like with the rookie votes, this one boiled down to the philosophy of each voter. As a quarterback, Smith had the overall best production of comeback player of the year candidates. But there’s an argument to be made that he didn’t really… come back from anything besides, like, playing poorly. Running backs Saquon Barkley and Christian McCaffrey, on the other hand, overcame their past injuries to put together phenomenal seasons of their own.

Then there’s the question of who qualifies for “comeback” player of the year. Can a rookie win the award despite not yet playing in the NFL? What about a second-year running back who never played a regular-season snap before this year? Is the award about coming back from poor play like Smith and Jared Goff or is it overcoming brutal injuries like Barkley and McCaffrey? Those were all quandaries for the voters to decide, and in the end, Smith came out on top.