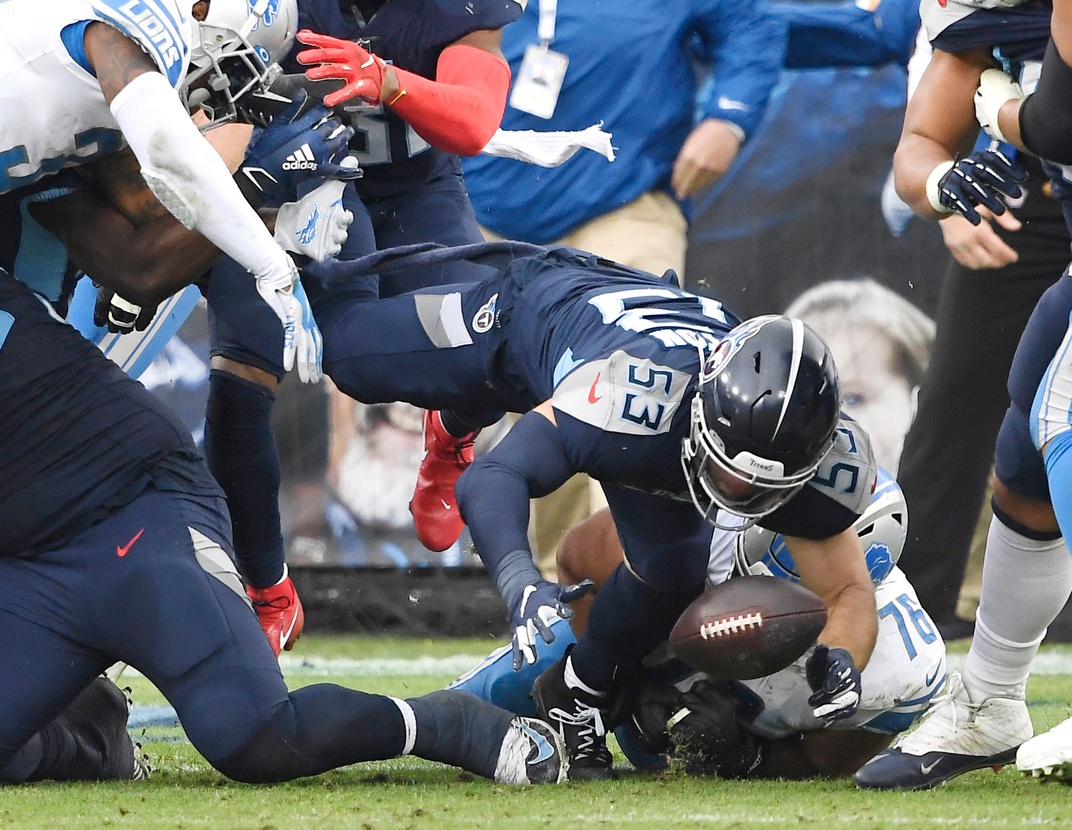 It’s one of the most playful and simultaneously dreadful days of the year. April 1, otherwise known as April Fools welcomes fun-filled pranks annually and the world of NFL media isn’t exempt from the merciless jokes and false narratives that will mislead millions of sweet, gullible souls around the world.

NFL players have particularly enjoyed April Fools throughout the years, and the 2022 iteration has welcomed more of the same. National reporters have already been fooled (we see you, Ian Rapoport) by various playmakers who have taken to the interwebs to trick their wholesome hearts. In a world and industry dominated by an “I saw it first” mentality, we’ve all become increasingly susceptible to falling victim to the joyous, irreproachable fun that is April Fools.

Here’s three of the best pranks that made us do a double-take this morning.

Free-agent linebacker Will Compton has quickly become one of the most popular and creative figures in the world of football media. The former Tennessee Titan and Washington Commander is the brainchild behind Barstool Sports’ Bussin’ With The Boys podcast, which Compton hosts alongside Titans’ left tackle Taylor Lewan. Compton and his wife are expecting a child, and they’ve hilariously been documenting their pregnancy journey with an abundance of ridiculous social media posts.

The baby is due any day now and Compton legendarily capitalized on the opportunity by posting a photo of, um, someone’s newborn baby on social media this morning.

Thousands of supporters flooded the comments and began congratulating the Compton’s on the arrival of their little bundle of joy. Except… the baby doesn’t exactly resemble Will at all. Further investigation into the situation revealed the true origin of the baby picture.

…Well played, Will. As funny as Compton’s prank was, Andrew Hawkins’ response takes the cake.

All in good fun!

The Cleveland Browns franchise tagged tight end David Njoku earlier this offseason. The tag would roughly pay Njoku a fully guaranteed one-year salary of $10.9 million in 2022, via Spotrac. All players who receive the franchise tag express interest in negotiating a long-term contract with their team in hopes of securing extended financial security and the Browns and Njoku have until mid-July to reach an agreement on a long-term extension. The deadline represents a tricky situation and several players have historically requested trades should the two sides fail to reach an agreement.

That’s why the timing of Njoku’s prank couldn’t be more epic. The star-studded tight end took to social media this morning to “announce” that he’d requested a trade away from the Browns. Njoku even went as far as to tag his professional representation, agent Malki Kawa in the tweet. Several well-known reporters immediately began sharing Njoku’s tweet before the former Miami standout unleashed a follow-up tweet that revealed the goodhearted nature of his intentions. Good one, Njoku! Reports have since indicated the Browns and Njoku are making good progress towards a long-term extension.

STOP IT, JULIAN EDELMAN. YOU STOP IT RIGHT NOW.

Julian Edelman, a 35-year-old, very retired receiver, got himself in the April Fools spirit by “announcing” he was signing with the Tampa Bay Buccaneers via his personal social media account. Nice one, Edelman.

Edelman, who called it quits in 2020, has long joked about joining his pal Tom Brady in Tampa Bay in pursuit of his fourth Super Bowl title. Edelman spent his entire 12-year illustrious career in Foxboro, 11 of which were spent playing alongside Brady. Edelman is a Patriot through and through, who opted to return to New England for his final season in 2020, as opposed to following Brady to Tampa Bay. The former seventh-round selection out of Kent State outperformed his professional career expectations by recording 620 receptions, 6,822 receiving yards, and 36 touchdowns. He added 2,612 career yards and an additional four touchdowns via special teams returns. Edelman was a hard-nosed performer who always showed up in the postseason, a reputation that was further enforced by his ability to capture Super Bowl LIII MVP. Edelman won’t be catching passes from Brady next season, but it sure was fun to envision for a moment.