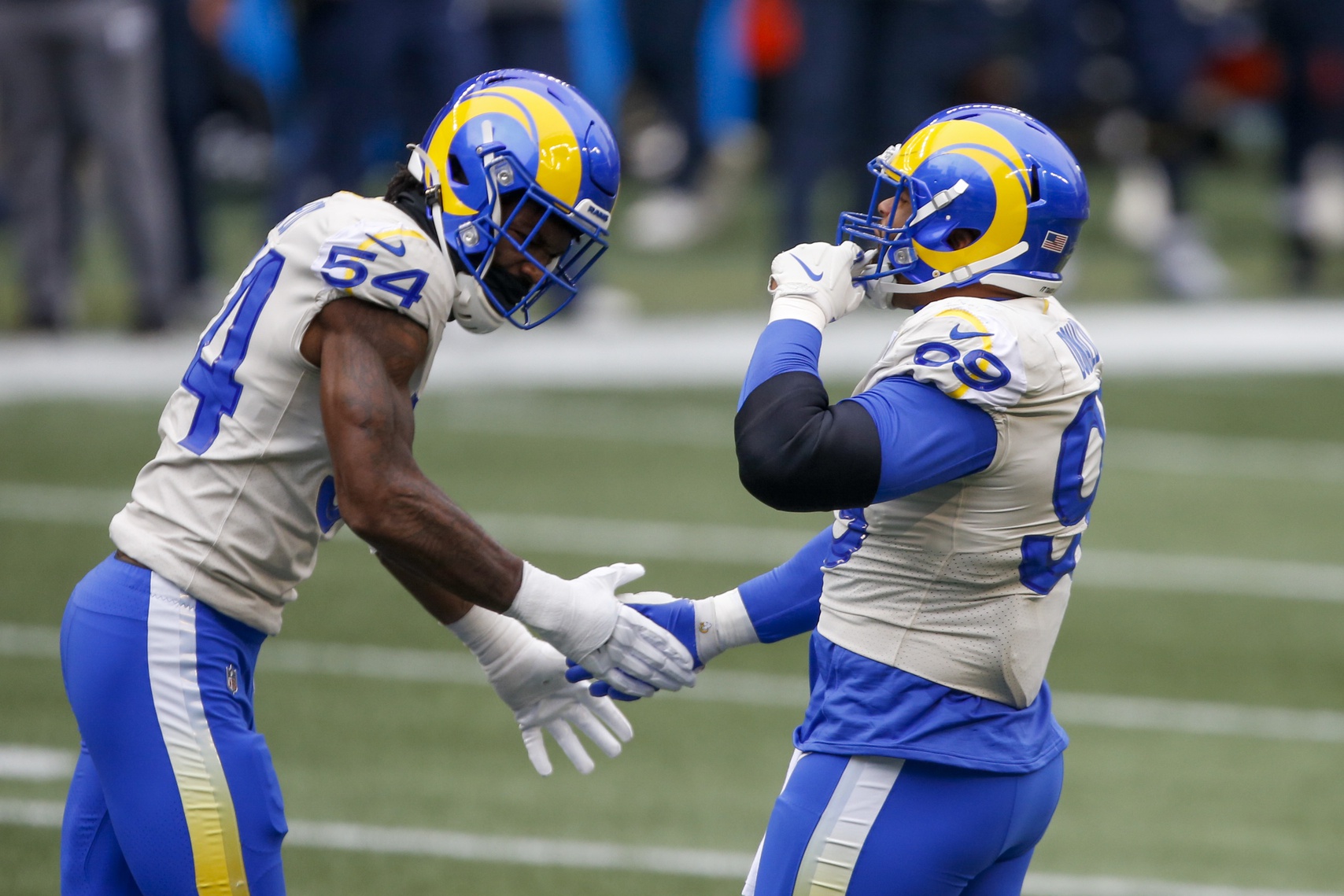 Headlined by the Super Bowl champion Los Angeles Rams, the NFC West has become one of the more competitive divisions in recent seasons. Three NFC West squads qualified for the postseason last year, with the Arizona Cardinals and San Francisco 49ers joining the Rams on football’s biggest stage. Sean McVay’s Rams appear to be the current favorite to capture back-to-back NFC West titles in 2022, but it wouldn’t qualify as overly shocking if the Rams have to fend off some fierce inner-division competition.

In this exercise, we are analyzing each roster in the NFC West while conveniently ignoring each team’s starting signal-caller. The quartet of Matthew Stafford (LAR), Kyler Murray (ARZ), Geno Smith/Drew Lock (SEA), and Trey Lance/Jimmy Garoppolo (SF) have been placed to the side as we evaluate the remaining players on offense and defense plus the potential success of each unit and how it relates to each club’s success as a whole. From top to bottom, here is how the NFC West shakes out.

Following a 12-win regular-season campaign that resulted in them hoisting the Lombardi Trophy, the Rams have experienced an abundance of change this offseason, particularly on offense. Allen Robinson II joined via a lucrative free-agent deal and should help form one of the scariest one-two punches at receiver across the league alongside reigning receptions, yards, and touchdowns champion Cooper Kupp. The likes of Cam Akers, Van Jefferson, Tyler Higbee, Darrell Henderson Jr., and Rob Havenstein bring some much-needed continuity to a Rams offense that should remain productive in 2022 despite experiencing a slight makeover.

However, elite left tackle Andrew Whitworth announced his retirement and has been replaced by in-house candidate Joseph Noteboom. The Rams have additional questions on their offensive line, particularly at right guard in the wake of Austin Corbett’s offseason departure.

Los Angeles’ defense will once again be spearheaded by Aaron Donald, A.K.A. the greatest defender to ever grace an NFL field. Donald will be tasked with doing some heavy lifting for the Rams in the pass-rushing department following Von Miller’s decision to sign with the Buffalo Bills. The offseason addition of Bobby Wagner should help provide the Rams with better linebacker play than they received a year ago. Jalen Ramsey remains a superstar at cornerback as one of the league’s premier shutdown cover-men.

Los Angeles’ defense is rather top-heavy, while young, ascending talents such as Greg Gaines and Taylor Rapp are being counted on to fill holes elsewhere.

This exercise certainly favors the roster found in San Francisco, which has often been described as being a quarterback away. Kyle Shanahan’s 49ers have experienced plenty of playoff success in recent seasons despite receiving below-average quarterback play.

Offensively, Shanahan has crafted a player-friendly scheme that helped develop Deebo Samuel into a do-it-all superstar in 2021. Samuel is expected to remain a 49er in 2022 despite submitting a trade request earlier this offseason. Shanahan’s rushing attack has managed to be awfully productive despite lacking household names. Elijah Mitchell and Trey Sermon should form a productive backfield duo moving forward.
San Francisco’s offense is bursting with talent at various other positions. George Kittle is one of the best dual-threat tight ends (blocker and pass catcher) across the league. Kyle Juszczyk continues to prove that fullbacks still matter and Trent Williams is arguably the best left tackle in today’s game. Unknowns at all three interior offensive line positions threaten to hamper this offense’s upside, however.

San Francisco’s defense allowed just 310 yards per contest in 2021, which ranked third in the league, trailing just the Buffalo Bills (272.8) and Carolina Panthers (305.9). Their defense should remain fierce as ever going forward while being spearheaded by All-Pro talents such as Nick Bosa and Fred Warner. The secondary was an area of weakness last season, but the offseason addition of shutdown cornerback Charvarius Ward undeniably moves the needle forward. The 49ers are going to win a bunch of games while relying on this defense in 2022.

The Cardinals are entering a crucial campaign after suffering yet another disappointing end to their season in 2021. Head coach Kliff Kingsbury may find himself on the hot seat. Arizona’s offseason got off to a less-than-desirable start when superstar receiver DeAndre Hopkins was suspended for six contests for violating the league’s NFL Performance Enhancing Drug policy. Cardinals General Manager Steve Keim responded by acquiring Marquise “Hollywood” Brown in exchange for a first-round selection.

James Conner, A.J. Green, and Zach Ertz all return to deliver some consistency while the Cardinals prepare for life without Hopkins for nearly half of the season. Sophomore receiver Rondale Moore is tasked with taking a step forward. Arizona’s offensive line still leaves plenty to be desired, with concerning depth both on the flanks and the interior.

Arizona’s defense enjoyed a surprising amount of success last season given their lack of household names. The Cardinals allowed just 21.5 points per contest, which ranked a respectable 11th in the league. A repeat of those performances would require further dominance from elite safety Budda Baker and a return to form for the aging, oft-injured J.J. Watt. Arizona will sorely miss Chandler Jones, who took his double-digit sacking talents to Las Vegas in free agency. The linebacker corps still features question marks after Zaven Collins failed to live up to his first-year expectations. Similar doubts remain in the secondary, where players such as Marco Wilson may be overly relied on.

Seahawks General Manager John Schneider ushered in a rebuilding period by trading franchise quarterback Russell Wilson to the Denver Broncos. The Seahawks actually roster an intriguing supporting cast on offense. D.K. Metcalf and Tyler Lockett are elite receivers that often make life easy for a quarterback. Running back Chris Carson may still be struggling to return to full health, but Schneider added insurance at running back by re-signing second-half-of-the-season breakout star Rashaad Penny and drafting Kenneth Walker III in the second round.

The Seahawks are going to be a run-heavy team in 2022 due to the obvious questions at quarterback, and they have the talent necessary to rotate fresh ball carriers in and out of the lineup. Seattle’s offensive line has performed in an underwhelming manner for what feels like 10 consecutive seasons now, and although some positions still require upgrading, top-10 selection Charles Cross is a building block at left tackle.

Seattle’s defense may be in line for another long season in 2022.