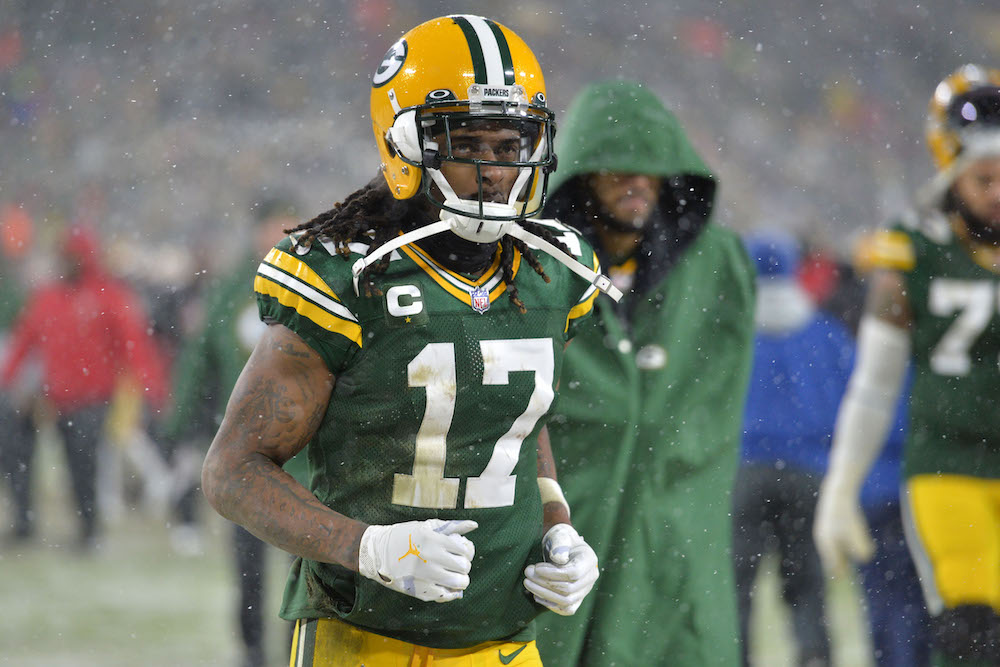 It’s been a wildly unpredictable offseason. NFL general managers have been extremely aggressive as they attempt to compete for a Super Bowl in 2022. Quarterback movement has arrived with shocking abundance, as the likes of Deshaun Watson, Matt Ryan and Carson Wentz were all traded in recent weeks. The Tyreek Hill trade that sent the speedster from the Kansas City Chiefs to the Miami Dolphins was the latest unforeseen move that sent shockwaves around the league. The balance of power has dramatically shifted to the AFC in recent years and this offseason has provided the conference with even more firepower than it possessed a year ago. All four AFC West franchises have been steadfastly chasing improvement as they attempt to reign supreme in what should be the most competitive division in 2022.

Plenty of game-changing star players have switched conferences in recent weeks as fans become accustomed to the switching of allegiances. We’ve identified three star players that changed conferences this offseason. It’s going to take some getting used to, but these specific players will have a profound impact on each conference either via their arrival or departure.

It’s not every offseason that we witness the best wide receiver in football go through a uniform change and switch conferences, but a souring relationship between Davante Adams and the Green Bay Packers opened the door for his shocking exit. Adams helped orchestrate a trade to the Las Vegas Raiders in a move that reunites him with his former Fresno State quarterback Derek Carr. Adams swiftly signed a historic five-year, $141.25 million contract with the Raiders as General Manager Dave Ziegler backed up the brinks truck for his new superstar. New Head Coach Josh McDaniels should be smiling from ear to ear as his new-look Raiders offense finally has a dominant boundary presence at receiver.

The Carr-to-Adams tandem should immediately hit the ground running in a tough AFC West division. Vegas’ offense was desperately lacking a high-end receiver that can defeat man coverage on a snap-by-snap basis. Tight end Darren Waller and slot receiver Hunter Renfrow are extremely reliable targets for Carr, but Adams represents a different threat level to opposing secondaries altogether. Carr has come into his own as a legitimate franchise quarterback and having a man-coverage world-beater such as Adams should help Carr take his game to the next level. Vegas’ offense looks scary on paper and McDaniels is the right coach to help them reach their potential.

From one Raider to another, Ziegler further signaled his aggressive intentions by signing EDGE defender Chandler Jones to a reasonable, team-friendly three-year contract worth $51 million during the legal tampering window. The bold move welcomes Jones back to the AFC after a five-year stint in the NFC. Pairing Jones with a fellow elite rusher in Maxx Crosby gives the Raiders’ defense one of the most feared pass-rushing duos across the National Football League. The AFC West is truly an arms race and the Raiders are ensuring they’ll be able to apply constant pressure to Patrick Mahomes, Justin Herbert and Russell Wilson. Signing Jones also reunites him with Raiders Defensive Coordinator Patrick Graham, who served as New England’s defensive line coach and linebackers coach throughout Jones’ four-year tenure as a Patriot.

An elite edge-bender that recorded 10.5 sacks as a member of the Arizona Cardinals in 2021, Jones has been one of the most consistent pass rushers in the league dating back to his arrival in 2012. He should quickly be able re-establish himself as one of the most dominant quarterback hunters in the AFC.

The shocking blockbuster trade that sent Russell Wilson from the Seattle Seahawks to the Denver Broncos felt like the first move that saw the NFL offseason welcome and embrace full-blown anarchy. Wilson was acquired in exchange for an abundance of immediate and future draft capital, plus three veteran players that included Drew Lock and Noah Fant. Wilson had previously played his entire 10-year, Super Bowl-winning career in the NFC as a member of the Seahawks. His arrival in Denver adds yet another elite quarterback to an AFC landscape that’s littered with all-star signal-callers.

Broncos General Manager George Paton was overseeing a roster that was stacked with playmakers at the running back, wide receiver and tight end positions, but the lack of a quality starting quarterback was holding Denver’s offense back from reaching their true potential. Paton remained wisely stubborn in his efforts to change the trajectory of his team by acquiring a high-level quarterback. Paying what it took to nab Wilson away from the only franchise he’s ever known should quickly pay dividends in 2022. The aforementioned AFC West is loaded with Super Bowl contenders, and Wilson’s presence immediately catapults Denver into that healthy, competitive mix.

We just couldn’t stop at three. It was a short-lived but fruitful run for Von Miller in the NFC, who has now made a swift return to the AFC after winning his second Super Bowl as a member of the Los Angeles Rams. Miller was traded by a rebuilding Broncos team to the Rams in early November. Miller recorded an astounding 9.0 sacks in 12 regular-season and postseason contests with the Rams, including an impressive 4.0 sacks in four playoff victories. Miller entered free agency and appropriately capitalized on his continued dominance by signing a six-year, $120 million contract.

Miller’s return to the AFC could be the acquisition that allows the Bills to finally reach that ever-elusive Super Bowl. Josh Allen’s presence at the quarterback position makes the Bills fearful, legitimate contenders annually. Over the previous three campaigns, the Bills have suffered soul-crushing postseason defeats up to and including the AFC Championship in 2020. Miller’s arrival shall help further improve a haunting Bills defense that allowed a league-low 272.8 yards per contest. Buffalo possesses an offense that can outscore and outmatch any team on any given day, and Miller’s presence could help them get that crucial stop in the playoffs en route to a Lombardi.