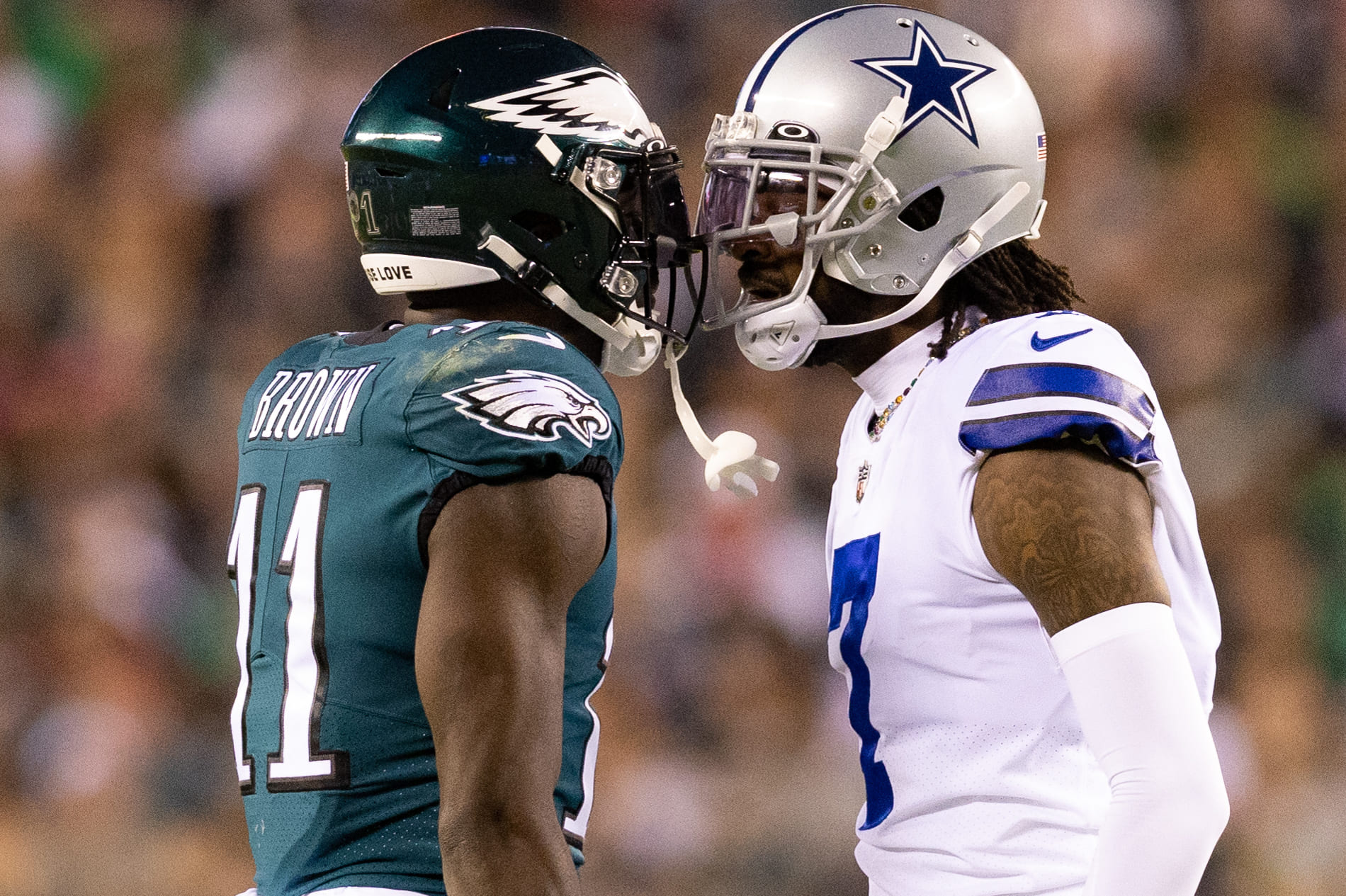 The NFC remains the more unpredictable conference in the NFL as we swiftly head toward the postseason. The three-seed Minnesota Vikings were embarrassed 41-17 on Sunday by a Green Bay Packers squad that has won four consecutive contests and has flashed unexpected signs of life in relation to their chase for a playoff spot. The two-seed San Francisco 49ers required overtime to defeat the lowly Las Vegas Raiders. The conference is littered with question marks, but the one-seed Philadelphia Eagles remain the team to beat.

The timing of that statement may feel peculiar. The Eagles were just defeated 20-10 by the hapless New Orleans Saints. The 13-3 Eagles have suffered back-to-back defeats for the first time this campaign. Some concerning issues have revealed themselves both offensively and defensively, but it’s no coincidence that starting quarterback Jalen Hurts has been sidelined for both losses. Backup quarterback Gardner Minshew was ineffective against the Saints.

Minshew completed 18-of-32 passing attempts for 274 yards, one touchdown, and one interception. Minshew was indecisive and sacked on six occasions. He’s been a significant downgrade from Hurts, who has enjoyed an MVP-caliber season.

Sunday’s defeat prevented the Eagles from clinching the NFC East division title, the conference’s one-seed, and home-field advantage throughout the postseason. The surging Cowboys can steal both the division and a first-round bye with a victory in Week 18, coupled with an Eagles loss. Hurts is expected to return from injury for the Eagles’ regular-season showdown against the New York Giants, according to multiple reports. Hurts’ form and the Eagles’ overall performance are worth monitoring next weekend.

It’s worth acknowledging that additional injuries beyond Hurts’ shoulder sprain have weakened the Eagles. Offensive tackle Lane Johnson plans to play through a torn adductor injury. Cornerback Avonte Maddox is dealing with a toe injury. Pass rusher Josh Sweat was stretchered off the field after suffering a scary-looking injury against the Saints. Safety Chauncey Gardner-Johnson remains on IR with a lacerated kidney despite possessing eligibility to have been activated prior to Sunday.

The gap has been somewhat closed between the Eagles and their rivals, but no clear-cut candidate has stepped up to the plate as the obvious No. 1 contender. The Vikings continue to look vulnerable and inconsistent on a week-by-week basis. How far can seventh-round rookie quarterback Brock Purdy take the 49ers? Purdy is currently in the zone while thriving alongside San Francisco’s abundance of weapons, but postseason pressure is a different beast altogether.

The Cowboys are playing quality football, but starting quarterback Dak Prescott has experienced a bit of a slump from November onward. Can Dallas rely on their rushing attack and defense in January? Will Prescott explode out of his funk, or will his lackluster play doom the Cowboys’ postseason aspirations? Aside from the Cowboys, a pair of former MVPs are entering the playoffs with some unexpected momentum.

The aforementioned Packers control their own postseason destiny despite beginning the season 4-8. Four straight victories have positioned Aaron Rodgers and the Packers to steal the seven-seed from the current holders (Seattle Seahawks) should they defeat the Detroit Lions in Week 18’s regular-season finale. The surging Packers have the look of a squad that’s getting hot at the right time.

And then there’s always Tom Brady and the Tampa Bay Buccaneers. Brady and the Buccaneers clinched the NFC South with an unconvincing victory over the Carolina Panthers on Sunday. The Brady-to-Mike-Evans connection finally found its rhythm via a three-touchdown performance. The Bucs haven’t showcased themselves in a positive manner throughout the 2022 campaign, but no franchise in their right mind wants to square off with Brady in January. The Cowboys and Buccaneers appear destined for a wild-card meeting, and Brady has been Dallas’ kryptonite in recent years.

The New York Giants are a real wildcard. Arguably the most surprising storyline of the season, the Giants clinched a postseason spot with a dominant 38-10 victory over the Indianapolis Colts. Giants quarterback Daniel Jones is proving his naysayers wrong, but can the Giants really topple the conference’s high-end competitors while the majority of their roster remains in rebuild mode?

The NFC appears wide-open. The Eagles have been humbled in recent showings, but every perceived contender possesses potentially fatal flaws, too. The Eagles remain NFC favorites until proven otherwise.