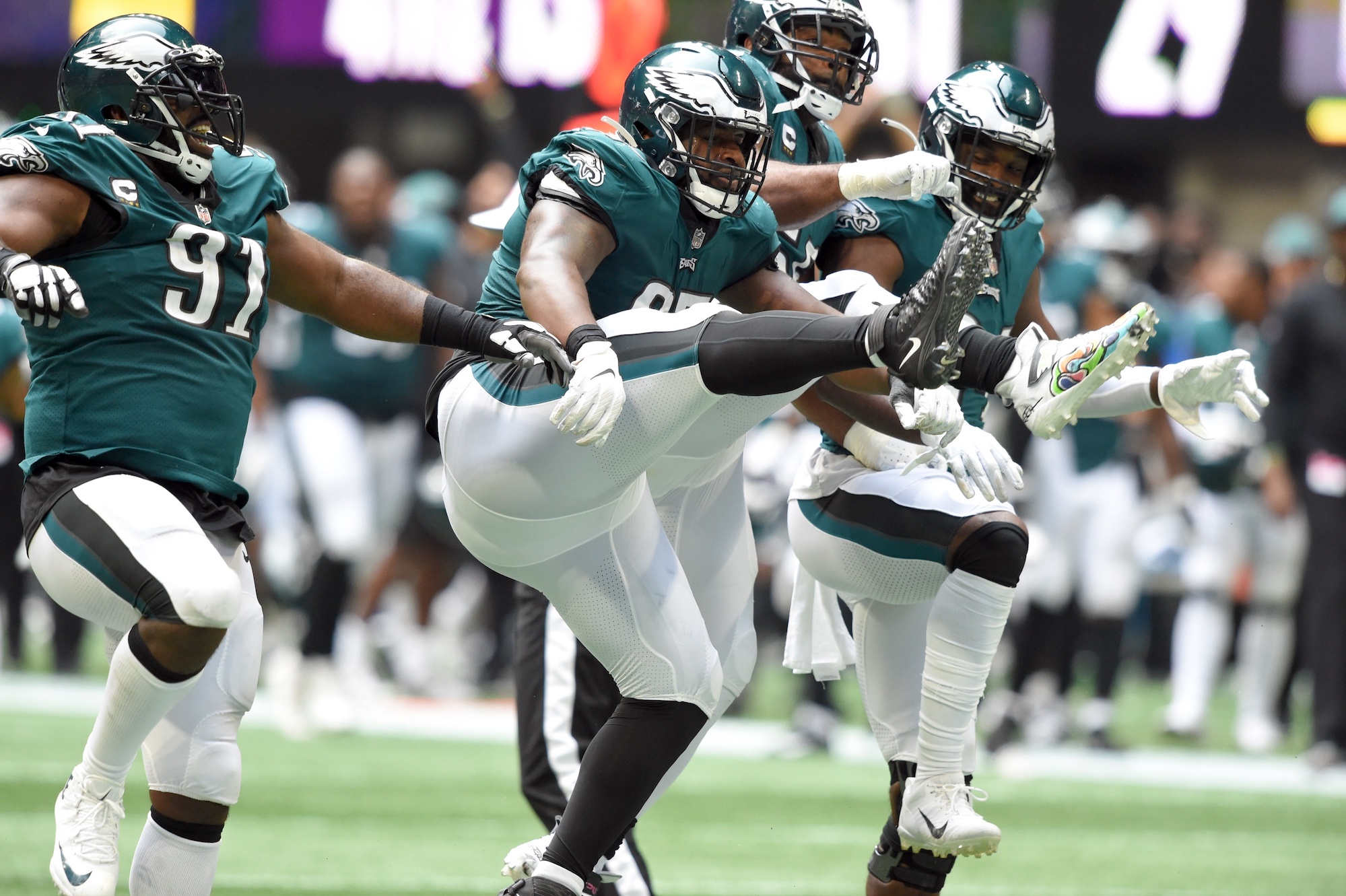 In 2021, the Dallas Cowboys dominated the NFC East en route to a decisive divisional title. But last year, the Philadelphia Eagles were also a playoff team, and since then the Washington Commanders and New York Giants have made improvements to their rosters as well. So even though the NFC East hasn’t been known for winning teams and competitive divisional battles in recent years, the 2022 season is shaping up to be much more interesting.

As is customary, quarterbacks are big factors on each roster. Dallas’ Dak Prescott (fairly) recently locked himself into a big contract extension and the Commanders brought in a new signal-caller in Carson Wentz. Meanwhile, Daniel Jones and Jalen Hurts are entering a big season in which they both need to answer questions to prove they can be their teams’ franchise quarterbacks going forward.

Who is starting under center for each team doesn’t matter for this evaluation, though. We’re breaking down how each NFC East team’s roster stacks up without considering quarterbacks. Here’s how they rank.

Jumping right in here to rip off the Band-Aid, when it comes to ranking rosters outside of the quarterback position, the Eagles have the best one in the NFC East.

On the offensive side, their offensive line is one of the best in the NFL. Jordan Mailata and Lane Johnson will lock down both tackle spots once again this season, and center Jason Kelce is back for at least one more year. They lead the way for a trio of solid running backs—Miles Sanders, Boston Scott, and Kenneth Gainwell—who combined for more than 1,900 total yards and 12 touchdowns in 2021. On the outside, second-year receiver DeVonta Smith will look to continue a strong start to his pro career with breakout candidate Quez Watkins opposite him. Dallas Goedert is also among the league’s most productive pass-catching tight ends.

That’s without mentioning the strength of their defense with guys like defensive tackles Fletcher Cox and Javon Hargrave and free-agent additions Kyzir White and Haason Reddick. The secondary also features cornerbacks Darius Slay and James Bradberry.

It’s also without mentioning other impact additions Philadelphia has added on both sides of the ball. Reddick and Bradberry are obviously among them, but drafted rookies Jordan Davis and Nakobe Dean, who dominated together at Georgia, also join their front seven. The biggest addition was receiver A.J. Brown, who came over in a draft-day trade and gave the Eagles another super-dynamic weapon on offense.

The Cowboys are a fantastic team. That much is obvious from their division win and NFL-leading scoring offense in 2021. The problem is the departures of some key players from last season, including receivers Amari Cooper and Cedrick Wilson Jr., guard Connor Williams, and tackle La’el Collins. Still, Dallas has receivers CeeDee Lamb and Michael Gallup along with tight end Dalton Schultz to pick up the slack in Cooper and Wilson’s absence. Running backs Ezekiel Elliott—if he can bounce back—and Tony Pollard make up a talented backfield duo behind an offensive line that’s still strong even after its departures.

Defensively, linebacker Micah Parsons and DeMarcus Lawrence are still ready to dominate up front. Cornerback Trevon Diggs also returns to the secondary after a year in which he led the NFL with 11 interceptions.

Head-to-head, Dallas gets a big boost from a more talented quarterback like Prescott over Philadelphia’s Hurts, but since they’re out of the picture, the Eagles have the edge in the NFC East.

It’s hard to determine just how good the Commanders could be in 2022—even outside the questions surrounding Wentz—with how much they may have to rely on contributions from rookies. Receiver Jahan Dotson and running back Brian Robinson Jr. both have chances to be major contributors to Washington’s offense in their rookie seasons. Terry McLaurin and his contract extension are big deals for the passing offense, but the Commanders need contributions from other pass-catchers—specifically Dotson—to be more successful this year. Robinson, meanwhile, will need to take some of the load off of fellow running back Antonio Gibson.

The Commanders’ roster also has some hold-overs that don’t bring up as many questions as the rookie newcomers. Outside of McLaurin, they’ve also got Chase Young, Montez Sweat, and Jonathan Allen returning, all of whom will lock down their defensive line.

Still, Washington has to hope some players step up in 2022 to improve their outlook on a potential playoff run. Linebacker Jamin Davis is one of the biggest names to look for after a disappointing rookie season. Offensive guard Trai Turner will have big shoes to fill as Brandon Scherff’s replacement after the latter left for Jacksonville in free agency. Offensive tackle Sam Cosmi, meanwhile, can build on a good rookie season.

There’s no way around it: the Giants are not a great football team. There are plenty of questions that come up on the roster outside of the quarterback position.

Receiver Kenny Golladay was a massive disappointment in his first year on a new contract in New York. Fellow receiver Kadarius Toney showed flashes of huge potential but wasn’t a consistent producer. Running back Saquon Barkley needs a strong season after a weak 2021 as he returned from his ACL tear.

Defensively, cornerbacks Logan Ryan and Bradberry are gone, as are safety Jabrill Peppers and edge rusher Lorenzo Carter. Dexter Lawrence and Leonard Williams are back on the interior defensive line and edge rusher Azeez Ojulari looks to build on a strong rookie year, but there are still questions elsewhere.

Rookies like edge rusher Kayvon Thibodeaux, right tackle Evan Neal, cornerback Cordale Flott, and guard Joshua Ezeudu will have to be immediate contributors in 2022. Young players like Toney, Ojulari, safety Julian Love, and linebacker Tae Crowder will also have to carry some weight as well.

There are just too many uncertainties remaining on the Giants’ roster, even outside of the big ones surrounding their quarterback. That leaves them with the worst roster in the NFC East, at least for now. Strong showings from all of the young players on their roster could bump them up before the end of the 2022 season.