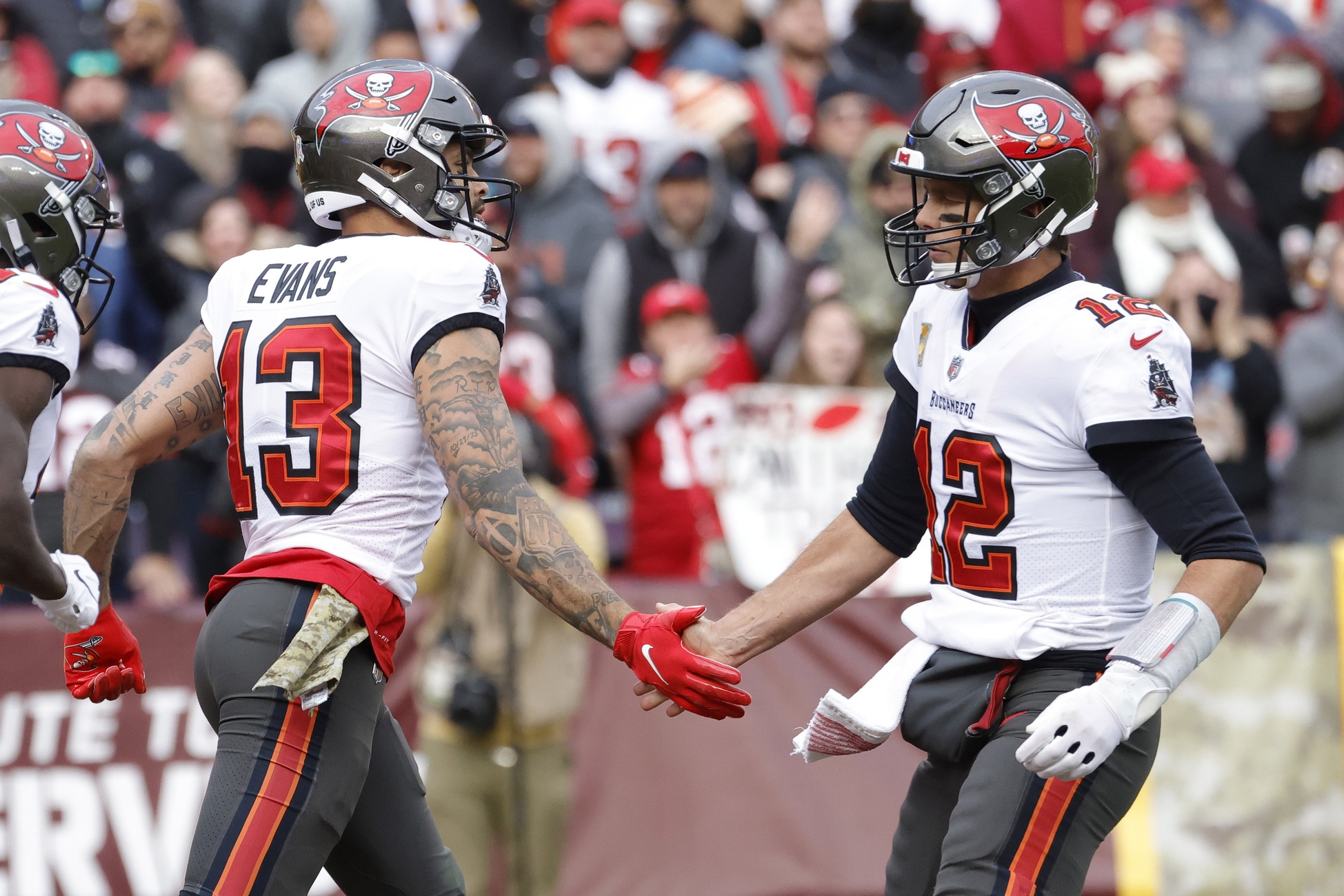 The NFL finally released its 2022 schedule via a three-hour televised program in primetime via its home NFL Network on Thursday night. The complete schedule is jam-packed with mouthwatering contests. The schedule release feels like Christmas Eve for some, and football fans around the globe can begin planning nationwide trips to watch their favorite NFL teams in action this fall. As we begin swiftly heading toward the 2022 campaign, analyzing the NFC and its loaded competitors has become an increasingly difficult and fun exercise.

The conference is generally perceived to be weaker than its AFC counterpart, but it’s worth noting the Super Bowl defending champion Los Angeles Rams apply their trade in the NFC. The conference promises to be competitive in 2022. Tom Brady unretired and immediately catapulted the Tampa Bay Buccaneers back into contention. Aaron Rodgers re-signed with the Green Bay Packers in a move that keeps Green Bay’s Super Bowl hopes alive. The NFC remains loaded with star power and Super Bowl hopefuls.

In wake of the league’s schedule release, we’ve compiled some predictions regarding the winners of the four divisions in the NFC.

Salary cap difficulties forced the Cowboys to lose several key contributors this offseason. That list includes Amari Cooper, Randy Gregory, Connor Williams, La’El Collins, and Cedrick Wilson Jr., to name a few. The Cowboys did manage to retain Dalton Schultz and Michael Gallup, however. A rather pedestrian offseason could see the Cowboys take a slight step back in 2022, but they should remain favorites to capture the NFC East title until proven otherwise. A Sunday night primetime contest against the Tampa Bay Buccaneers in Week 1 will help immediately reveal the state of this year’s iteration of the Cowboys.

The Philadelphia Eagles represent the biggest threat on paper to Dallas’ divisional dominance, but question marks surrounding Jalen Hurts’ development as a passer prevent us from fully buying into Philadelphia as things stand. The Eagles have the pieces in place to contend for the division, but it will ultimately come down to Hurts’ performances. A Week 16 road contest against the Cowboys looms especially large.

The New York Giants remain a franchise in transition under the new regime of Joe Schoen and Brian Daboll, and it’s extremely difficult to imagine them contending in 2022. The Washington Commanders are the wild card of the division. The roster is talented enough to flirt with 10-plus victories, but Carson Wentz is a question mark at quarterback.

Future Canton-bound quarterback Rodgers returns via a historic four-year contract extension to continue his domination of a division the Packers have topped for three consecutive seasons. Sorry, Bears fans, but your tormentor isn’t done yet.

We are forecasting a slight step backward for a Packers franchise that has captured 13 regular-season victories in three straight campaigns, but their divisional rivals just aren’t ready to truly compete yet. The departure of dominant receiver Davante Adams leaves a sizable question mark on the boundary and Packers General Manager Brian Gutekunst may be overly reliant on an immediate contribution from rookie receiver Christian Watson.

Luckily for the Packers fans, the competition appears scarce and the schedule allows Matt LaFleur’s Packers to immediately assert themselves. The Packers begin their regular season with back-to-back divisional contests against the Minnesota Vikings and Chicago Bears. The Vikings are ushering in a new era under general manager Kwesi Adofo-Mensah and head coach Kevin O’Connell, and need time to determine the future direction of the franchise. The Bears are in a similar position and appear to be going through a full-blown rebuild under franchise quarterback Justin Fields. The Detroit Lions experienced a better offseason than most are giving them credit for, and they’ll almost certainly improve in 2022, but they remain a long way away from contending alongside the Packers.

This division was decided the moment Brady made a triumphant return to the field. Aside from Brady, the Buccaneers have done an excellent job keeping the band together. Chris Godwin, Leonard Fournette, and William Gholston qualify as three unrestricted free agents general manager Jason Licht managed to retain this offseason. Rob Gronkowski, Jason Pierre-Paul, and Ndakumong Suh remain on the open market, but it wouldn’t be a surprise to witness at least two of them re-sign with the Buccaneers ahead of September’s kickoff.

Tampa’s schedule is loaded with must-watch contests in primetime. They open by traveling to Dallas to take on the Cowboys in Sunday Night Football in Week 1. A Sunday night contest against Patrick Mahomes and the Kansas City Chiefs serves as the highlight of Week 4. A Thursday night contest against Lamar Jackson and the Baltimore Ravens should make for an ideal midseason appetizer in Week 8.

The Carolina Panthers and Atlanta Falcons remain in transition. Following how quickly Desmond Ridder can get on the field in Atlanta should be rather interesting. The New Orleans Saints pose the biggest threat to Tampa’s dominance. Jameis Winston returns at quarterback and the Saints have upgraded the weapons around him by drafting Chris Olave and pairing him with a returning Michael Thomas. The Saints defeated the Buccaneers on both occasions in 2021. Should the Saints manage to keep pace with the Buccaneers, A Monday night primetime showdown at Raymond James Stadium in Week 13 could qualify as decisive.

The reigning Super Bowl champions have the pieces in place to top what could be a rather competitive division. General manager Les Snead entered the offseason with various difficult decisions to make and he’s navigated through the process rather impressively. Financial difficulties forced some tough decisions. The Rams couldn’t compete with the six-year, $120 million offer Von Miller received from the Buffalo Bills. Darious Williams, Austin Corbett, and Sebastian Joseph-Day are three additional players that earned sizable paydays elsewhere. The Rams responded by signing Allen Robinson and Bobby Wagner, and are still expected to re-sign Odell Beckham Jr. at some point this offseason.

The Rams will be appropriately tested out the gate. A Sept. 8 opening night matchup against Josh Allen and the Buffalo Bills is extremely mouthwatering. Looking ahead, a Week 14-17 stretch that includes games against the Las Vegas Raiders, Green Bay Packers, Denver Broncos, and Los Angeles Chargers will help determine the Rams’ regular-season fate.

Elsewhere in the division, the San Francisco 49ers are fairly viewed as contenders, but the mystery surrounding Trey Lance provides more questions than answers. The Seattle Seahawks aren’t expected to contend after hitting the reset button via a blockbuster trade that sent Russell Wilson to the Broncos. The Arizona Cardinals will relish their chances to compete for the division despite losing DeAndre Hopkins to a six-game suspension. The addition of Marquise “Hollywood” Brown at receiver should help offset Hopkins’ momentary absence.

This division could easily send three teams to the postseason for the second consecutive campaign.