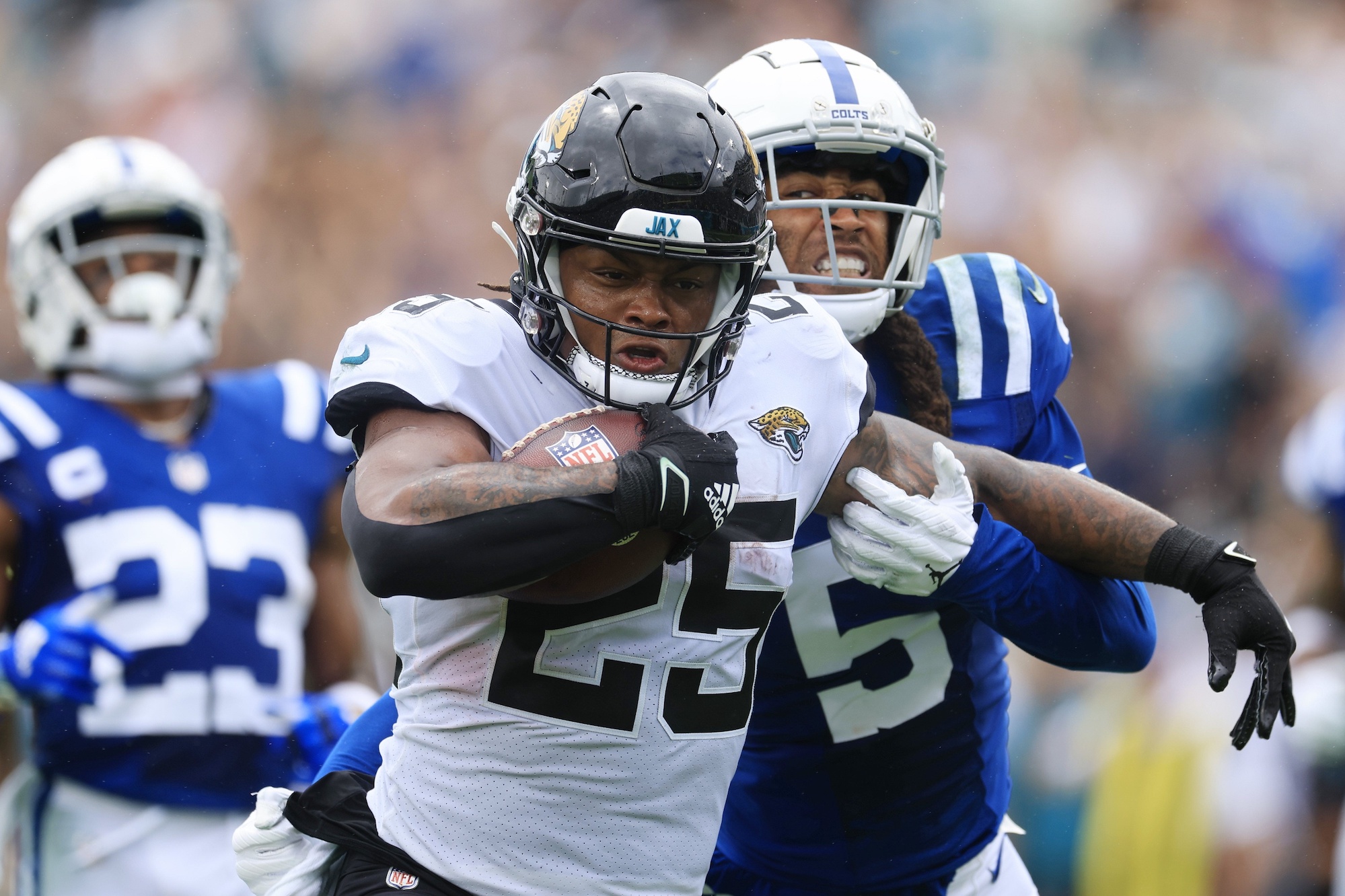 How Should Jets Use James Robinson?

The New York Jets acquired running back James Robinson from the Jacksonville Jaguars in exchange for a conditional sixth-round selection that may become a fifth-round selection on Monday, according to reports. The Jaguars will receive a fifth-round pick if Robinson rushes for 600 yards this season (he’s already rushed for 340 and needs just 260 more to reach the objective). Jets general manager Joe Douglas decided to make the aggressive move following a season-ending knee injury to starting running back Breece Hall.

Jets head coach Robert Saleh and offensive coordinator Mike LaFleur are now tasked with striking the correct balance between Robinson and Michael Carter in a new-look backfield. Carter will remain the Jets’ lead back until Robinson acclimates to the Jets’ wide zone running scheme, which is significantly different from what he operated in Jacksonville. The eventual outcome will contain a nearly even split between Robinson and Carter, with Carter earning slightly more touches on a weekly basis, particularly via the receiving game.

Carter has rushed for 228 yards and two touchdowns on 66 attempts this season. His 3.5 yards per carry has hardly impressed, and finding room to operate becomes even more difficult following the season-ending injury to Alijah Vera-Tucker. Carter has to create for himself. He’s forced 15 missed tackles and is averaging 2.44 yards after contact per attempt, via Pro Football Focus.

A dual-threat option, Carter has added 20 receptions and 151 receiving yards to his offensive totals. It’s an area of Carter’s game that provides an advantage. Robinson has recorded just nine catches this season and was conceding passing-game work to Travis Etienne in Jacksonville.

Robinson exits Jacksonville after playing a season-low 12 snaps in his final outing as a Jaguar as Etienne has completely taken over their backfield. Robinson totaled 340 rushing yards and three touchdowns on 81 attempts (4.2 yards per carry) under the tutelage of Jaguars head coach Doug Pederson. Robinson accounted for eight explosive runs (10-plus yards) this season. He’s forced fewer missed tackles (10) than Carter has, but is averaging 2.69 yards after contact per attempt, via PFF. Robinson will need to continue making defenders miss in a phone booth while also fighting through contact behind the Jets’ injury-riddled offensive line.

Maintaining the balance that was struck between Hall and Carter was crucial to the Jets’ latest evaluation in the wake of an unfortunate injury. Robinson will come in and earn some early-down work while Carter continues being utilized as a potential mismatch weapon in obvious passing situations.

Robinson is likely viewed as a short-term solution and midseason rental. Robinson is set to reach restricted free agency in the offseason. The Jets will possess little use for Robinson when Hall returns from injury in 2023, but they can re-sign Robinson if they so choose. Robinson must seize this opportunity while potentially auditioning for a larger role elsewhere.

Carter is most effective when paired alongside another back a la Hall. It’s precisely why Douglas executed a midseason trade for Robinson. Douglas believes in his surging 5-2 Jets, hence his move to acquire Robinson. Michael Carter and James Robinson will form a productive tandem for the potentially postseason-bound Jets.