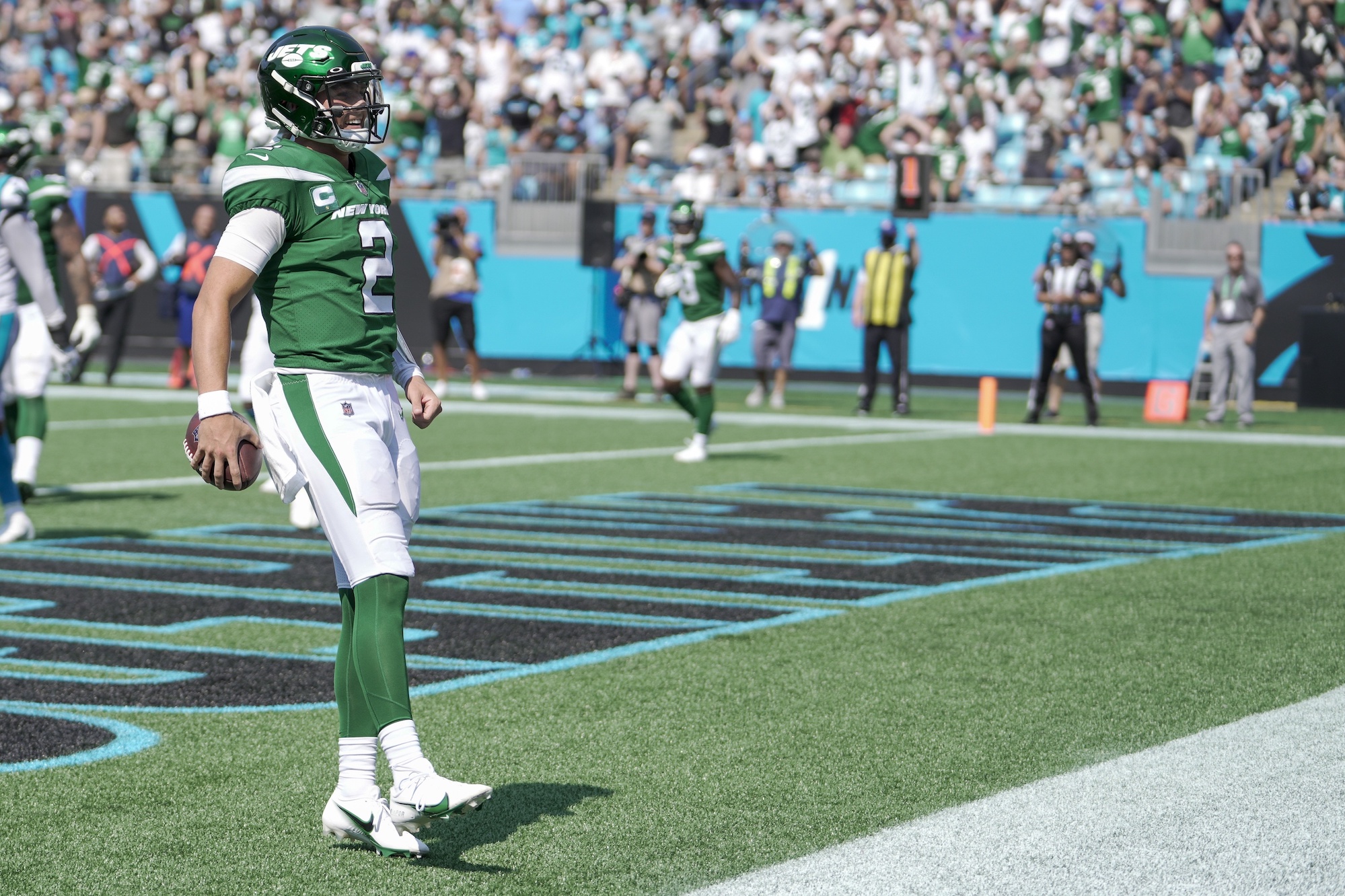 What Will Make 2022 Season A Success For Jets?

In five of the last six NFL regular seasons, the New York Jets resided at the very bottom of the AFC East. After a full offseason of free-agent acquisitions and a strong draft class, there’s reason to be more optimistic about this season’s iteration of the Jets.

Yes, they’re still a young team that shouldn’t be expected to be playoff contenders just yet. Still, the 2022 season can be a success if New York sees their young players—particularly their quarterback—take a step forward. Leaving the basement of the AFC East shouldn’t be out of the question.

It all starts and ends with second-year quarterback Zach Wilson. The second overall pick of the 2021 NFL Draft who came in to replace Sam Darnold had a disappointing rookie season. Thrust into the starting role to begin the year, Wilson’s first six games featured a completion rate below 60% and four passing touchdowns to nine interceptions.

In many of those games, especially a four-interception performance against the New England Patriots in Week 2, Wilson looked lost. The Jets went 1-5 to begin the season, and perhaps worst of all, Wilson sprained a ligament in his knee in the last game of that stretch—a Week 7 loss to the Patriots—and missed four games. When he returned, he put together a few solid performances that featured fewer mistakes and more poise, but Wilson still wasn’t lighting up opponents with his arm.

This offseason, the Jets made some moves to build around their young quarterback and help him take that extra step forward. They brought in guard Laken Tomlinson after his first Pro Bowl season in 2021. The team also added tight ends Tyler Conklin and C.J. Uzomah, each of whom are strong blockers and had breakout seasons as pass-catchers last season. Finally, the Jets also drafted receiver Garrett Wilson, running back Breece Hall, and tight end Jeremy Ruckert, who all will help boost the offense.

Wilson is set up to take a big step forward in his second season with not only all of these new players but with the guys already on the roster as well. Receiver Braxton Berrios is back on a new contract, and other receivers Corey Davis and potential breakout candidate Elijah Moore are also there to continue catching passes from Wilson. The offensive line has tons of potential with tackle Mekhi Becton back healthy and George Fant coming off a fantastic season replacing the injured Becton at left tackle. Guard Alijah Vera-Tucker and center Connor McGovern also return as solid interior guys next to Tomlinson.

While the Jets clearly believe a step forward from Wilson is critical this season, the additions to their defense also could make some waves, further helping to pull them out of the basement.

There wasn’t any question that New York struggled mightily defending against the pass. Cornerback Bryce Hall and safety Marcus Maye—who is now in New Orleans—seemed to be the only competent defenders in the secondary last year, especially with safety Lamarcus Joyner missing 16 games.

Speaking of injuries, the Jets also missed edge rusher Carl Lawson in his first year in New York after he tore his Achilles in preseason camp. Defensive end John Franklin-Meyers put up some solid numbers rushing the passer, but outside of him and defensive tackle Quinnen Williams, the Jets didn’t have guys who could get a lot of pressure on opposing quarterbacks.

While New York was able to replace Maye with safety Jordan Whitehead in free agency, there still seemed to be some missing holes in their passing defense. That’s where first-round picks Ahmad Gardner and Jermaine Johnson come in. Gardner, a cornerback, didn’t allow a touchdown in coverage for his entire college career at Cincinnati. Johnson, an edge rusher, was a monster after transferring to Florida State once the Seminoles unleashed him in a way Georgia never did. His 12 sacks were the most of any player that only played in 12 games.

The Jets could (and should) be a much better team this season than they were in 2021. Wilson has a better chance to succeed with the acquisitions New York made on offense, and the defense has a much better outlook for defending opposing passing attacks. Everything is pointing toward a step forward on both sides of the ball in 2022. Strong performances from all young players—especially Wilson—would mark a successful season for the Jets this year, even if it doesn’t equal a winning season just yet.