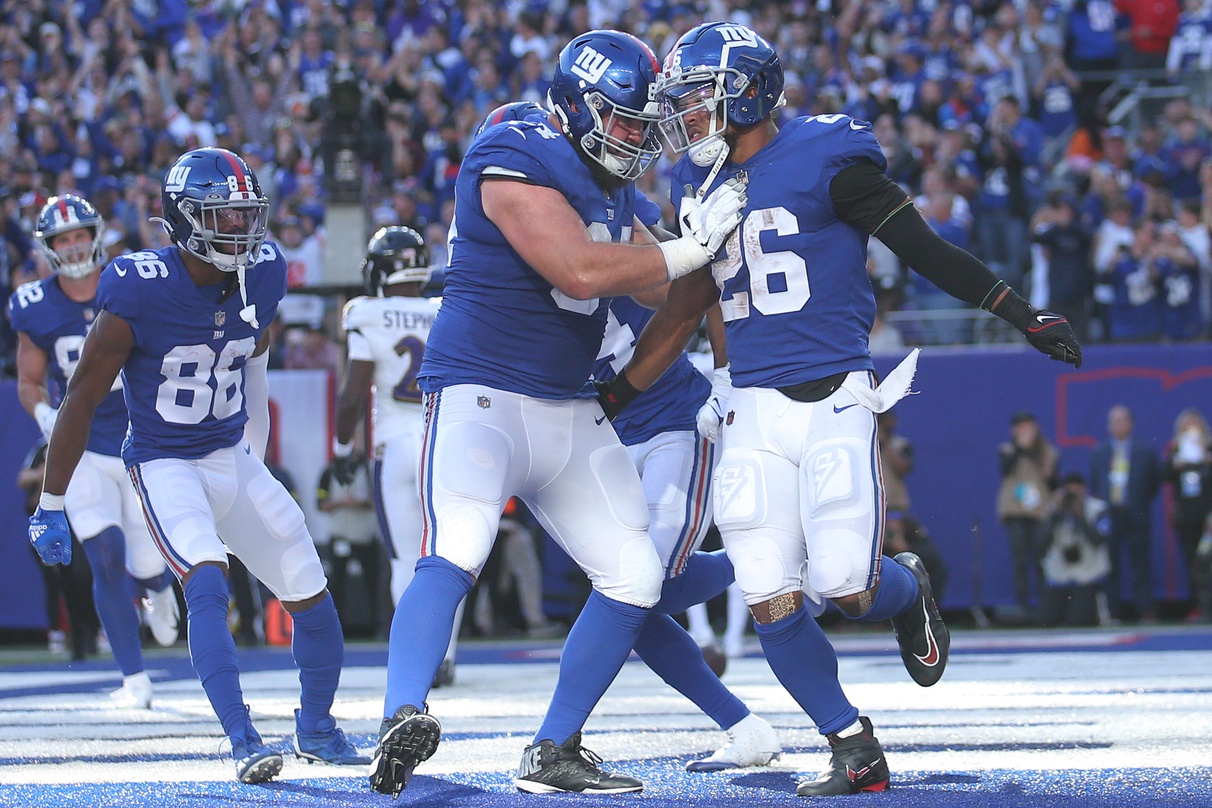 Touting one of the NFL’s top records following their win on Sunday against Baltimore, the New York Giants have anointed themselves as “for real” six weeks into the campaign. A group led by first-year head coach Brian Daboll, the New York offense has been a fun study this fall despite a lack of production from some of its most dynamic playmakers.

No Kadarius Toney, no Kenny Golladay, no problem for the Daniel Jones-led offense. And while the latter has been as useless as the New York Mets’ 101-win regular season, the job that offensive coordinator Mike Kafka has done to lift the performance ceiling of his group has been a joy to watch thus far. While the Giants’ group of skill players won’t jump off the screen at anyone, Kafka has spread the ball around which has, in turn, forced defenses to stay honest no matter the talent level of the opposing 11. Former UDFAs in David Sills and Marcus Johnson, 2022 fourth-round pick Daniel Bellinger, veteran wideout Richie James, and a Joe Judge-regime castoff in Darius Slayton—all have had substantial roles as the Giants have steamrolled their way to a handful of wins.

It’s about evolving and constantly making adjustments. Really, it’s the name of the game at the NFL level regardless of which side of the football you want to focus on. While the first few seasons of Jones’ career with Judge showcased a player that was unprepared in all facets, Kafka has allowed the fourth-year signal-caller to work into a rhythm each week, scheming opportunities to his playmakers on the outside early and often. For a talent like Saquon Barkley, Kafka’s arrival has provided a breath of fresh air into the lungs of his career. It was just last fall rumblings were aplenty that Barkley was a bust. Trust me, I remember. Now six weeks in, the former No. 2 overall selection looks to be every bit of the home run, game-breaking talent the Giants expected him to be as a herculean offensive chess piece out of Penn State.

With an improved front five behind bookend tackles in Andrew Thomas and Evan Neal, Barkley has been flat-out fantastic and it hasn’t just been as the lone halfback in 11 personnel. Putting their heads together, Daboll and Kafka have added a new wrinkle into their offensive structure: No. 26 in Wildcat. Whether it’s a designed run or a handoff to Wan’Dale Robinson on a jet, while we’ve yet to see Barkley attempt a pass out of the formation, putting the ball in his hands is already a step beyond what the prior regime failed to do. Athletes in space is the name of the game, and when it comes to Barkley, there just aren’t many in football that can match his unique athletic profile.

While the Giants have scored 25 or more points just once so far this year—and a tip of the cap is deserved for the job defensive coordinator Wink Martindale has done as well—it’s about finding ways to win football games and placing your players in an opportunity to succeed. For Daboll (arguably the early favorite for NFL Coach of the Year) and Kafka, the Giants’ newly minted brain trust has New York playing inspired, winning football this fall.