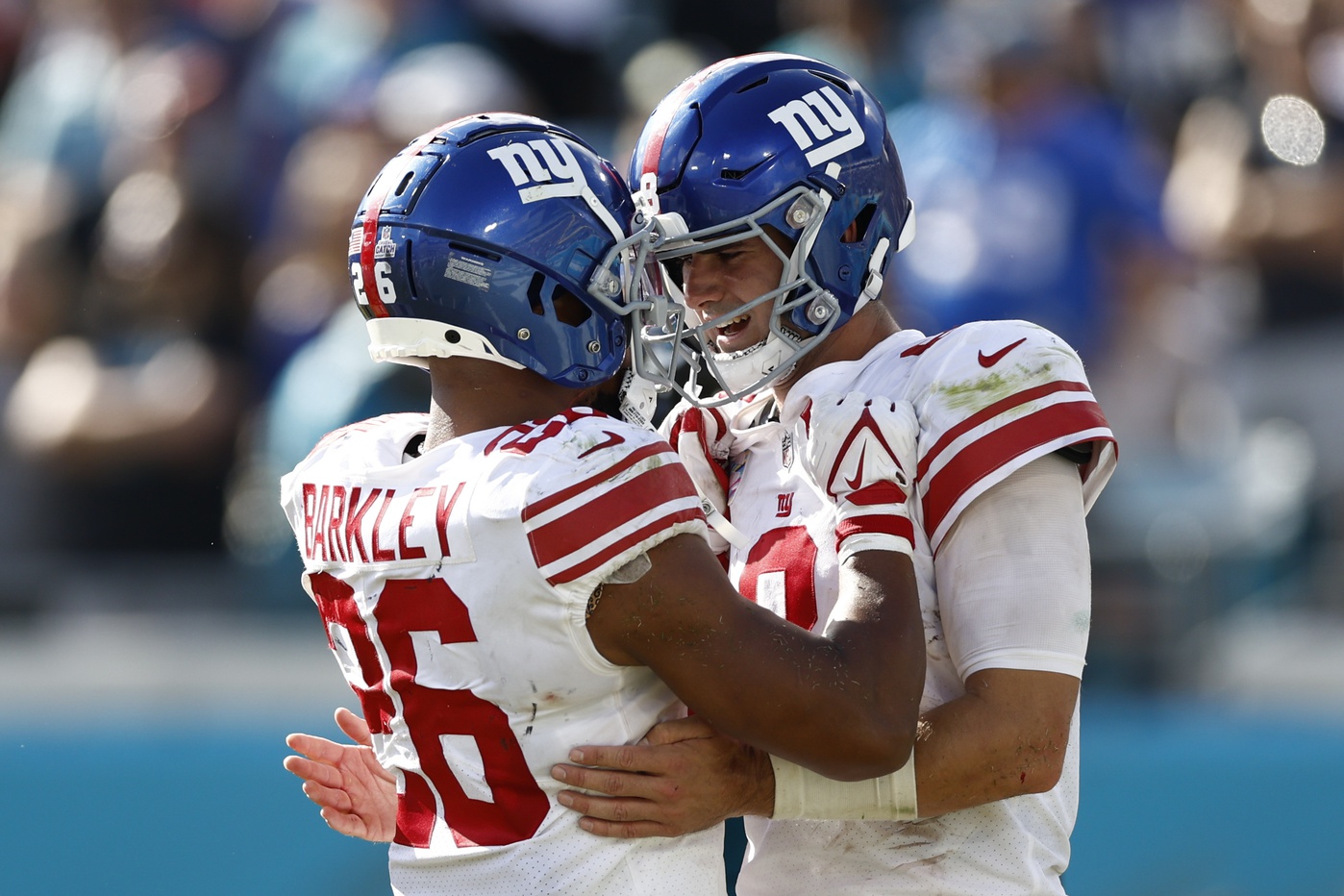 The New York Giants have spent the last seven weeks spitting in the faces of all of their doubters. Believed to have one of the worst rosters of all NFL teams entering the season, the Giants are now 6-1, largely thanks to the efforts of their star running back and first-year head coach.

At the same time, quarterback Daniel Jones, while not as demonstrably impactful as Saquon Barkley has been this year, has still stepped up in a way that’s been crucial to the team’s success. New York, however, declined to exercise Jones’ fifth-year option ahead of this season, meaning he will be a free agent when the offseason begins.

When expectations before this season were so low, that wasn’t a problem. The Giants would simply be able to draft a quarterback with the good draft position they expected to have in the 2023 NFL Draft. But now that they’re 6-1 with Jones under center on a revitalized team with a revitalized offense, New York won’t have the high pick they hoped for to take one of the top quarterback prospects. With that being the case, what do they do about their quarterback situation going forward?

The obvious answer (and probably the right one) is to keep Jones around. For the first time in his career, the fourth-year quarterback has a capable offensive coordinator calling plays and some sense of stability within the organization with a new general manager and head coach. At the same time, he’s been protecting the ball better than he ever has. He’s one of just three quarterbacks to have started all of his team’s games thus far with two or fewer interceptions. Though he does have two fumbles, he’s nowhere near leaders Justin Fields and Matt Ryan with 11 each and has continued the yearly trend of improvement in that facet of his game.

Protecting the ball and making smart throws are what’s kept the Giants’ season alive and well, even as Barkley returns to dominance. When Jones has been asked to make a play, he’s made the throws he needs to and has had a few clutch runs to sustain drives, even despite a severely lacking cast of characters at the receiver position. A result of that has been Jones currently leading the league with five game-winning drives and four fourth-quarter comebacks in seven games.

At this point, there really isn’t any reason to believe that he isn’t capable of being even more than just a game manager to complement Barkley and the run game should he get more dynamic receiving weapons and a better offensive line. The receivers around him have been susceptible to drops and no Giants pass-catcher has more than 200 receiving yards. Jones has been the second-most pressured quarterback in the NFL this season, facing pressure on 29.2% of his drops. And yet, Jones is fourth in expected points added (EPA) per dropback since Week 4 behind only Patrick Mahomes, Josh Allen, and Joe Burrow and is 13th overall this season.

Looking at the list of free agent quarterbacks after this season and assuming New York is already out of the top college quarterback sweepstakes, is there any reason not to stick with Jones? The only two names that really move the needle are Tom Brady, who may retire for real after this season, and Lamar Jackson, who will likely be franchise-tagged and may not have as much success in an offense outside of Baltimore’s ideal setup for his abilities.

Remember, every other option is going to have to learn a new offensive system and find a way to succeed with an underwhelming roster on what is still a rebuilding team. Jones would be relatively cheap by quarterback standards, already knows the system, and has shown flashes of a higher ceiling if given more weapons and a better line. Signing him to a short-term contract extension saves the Giants from having to figure out their quarterback situation for a couple of extra years as they build up the roster on both sides of the ball. If he turns out not to be their guy, New York didn’t commit too many years to him and will be in much better shape to draft a future quarterback with a better roster. If he does, they can lock him in long-term.

The answer is simple. The Giants should stick with Jones… at least for the next couple of years.