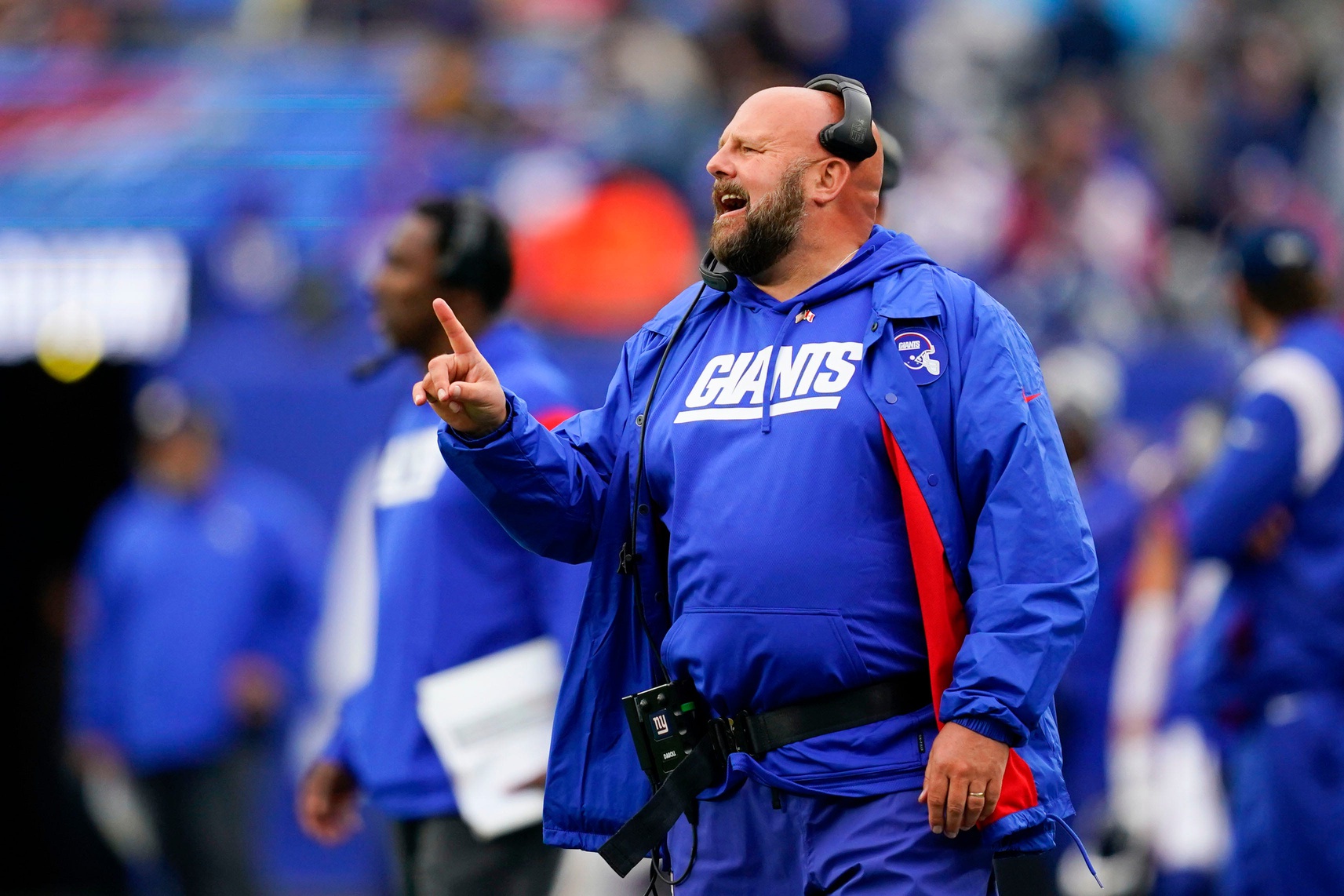 Is Giants’ Brian Daboll the NFL Coach of the Year?

Many expected the Giants to compete for the No. 1 overall selection in the 2023 NFL Draft as opposed to the divisional crown in the unpredictable NFC East. Daboll’s Giants have claimed four victories through five contests instead. They’ve already matched last season’s win total under previous coach Joe Judge. Daboll represented the appropriate hire for a rebuilding Giants. His appointment has paid immediate dividends.

Daboll’s accomplishments are even more impressive considering he and general manager Joe Schoen inherited a poor roster in salary cap hell. Schoen and Daboll began revamping the Giants by releasing aging players on bloated contracts such as James Bradberry, Kyle Rudolph, and Logan Ryan while letting others (Evan Engram, etc.) walk in unrestricted free agency. The Giants essentially put the meat of their roster on the chopping block as they began shaping their vision of the team. This success is completely unexpected.

Low-cost free agents such as Jon Feliciano and Richie James are thriving under Daboll’s tutelage. Daboll’s scheme and overall approach is placing his players in advantageous positions. It’s a compliment to his ability to understand the positives and negatives of the players at his disposal. Offensive coordinator Mike Kafka and defensive coordinator Don Martindale are helping Daboll out-coach and out-scheme their opponents on a weekly basis.

Daboll’s most impressive achievement includes placing two former top-10 selections he inherited from the previous regime and staff in positions to be successful.

Saquon Barkley is enjoying the most fruitful season of his career under Daboll. When extrapolating his current production out to a 17-game season, Barkley is currently on pace to record a career-high 1,812 rushing yards. Barkley may flirt with the league lead in that category and appears poised to crush his previous-best total by 500-plus rushing yards (1,307 in 2018). Barkley is also averaging a career-best 5.5 yards per carry and is on pace to score 10.2 touchdowns. Daboll’s scheme and approach in the running game has revived a once-dwindling career.

Even quarterback Daniel Jones has looked more competent than he’s received credit for. Daboll’s history alongside Bills quarterback Josh Allen helped get him hired in East Rutherford, and his quarterback-friendly system has helped Jones showcase necessary improvement. Jones is currently completing a career-high 66.7% of his passes. He hasn’t made a turnover-worthy throw since Week 2. Jones is playing quality, game-managing football despite mounting injuries at the wide receiver position. Jones’ current form has eased some of the doubts regarding his future. Perhaps he’s their quarterback of the future after all.

Daboll’s Giants are tough as nails. They show up on a snap-by-snap basis. They’re well-coached and resilient—they’ve essentially taken on Daboll’s personality. Brian Daboll’s gigantic efforts should be appreciated in the form of hardware.