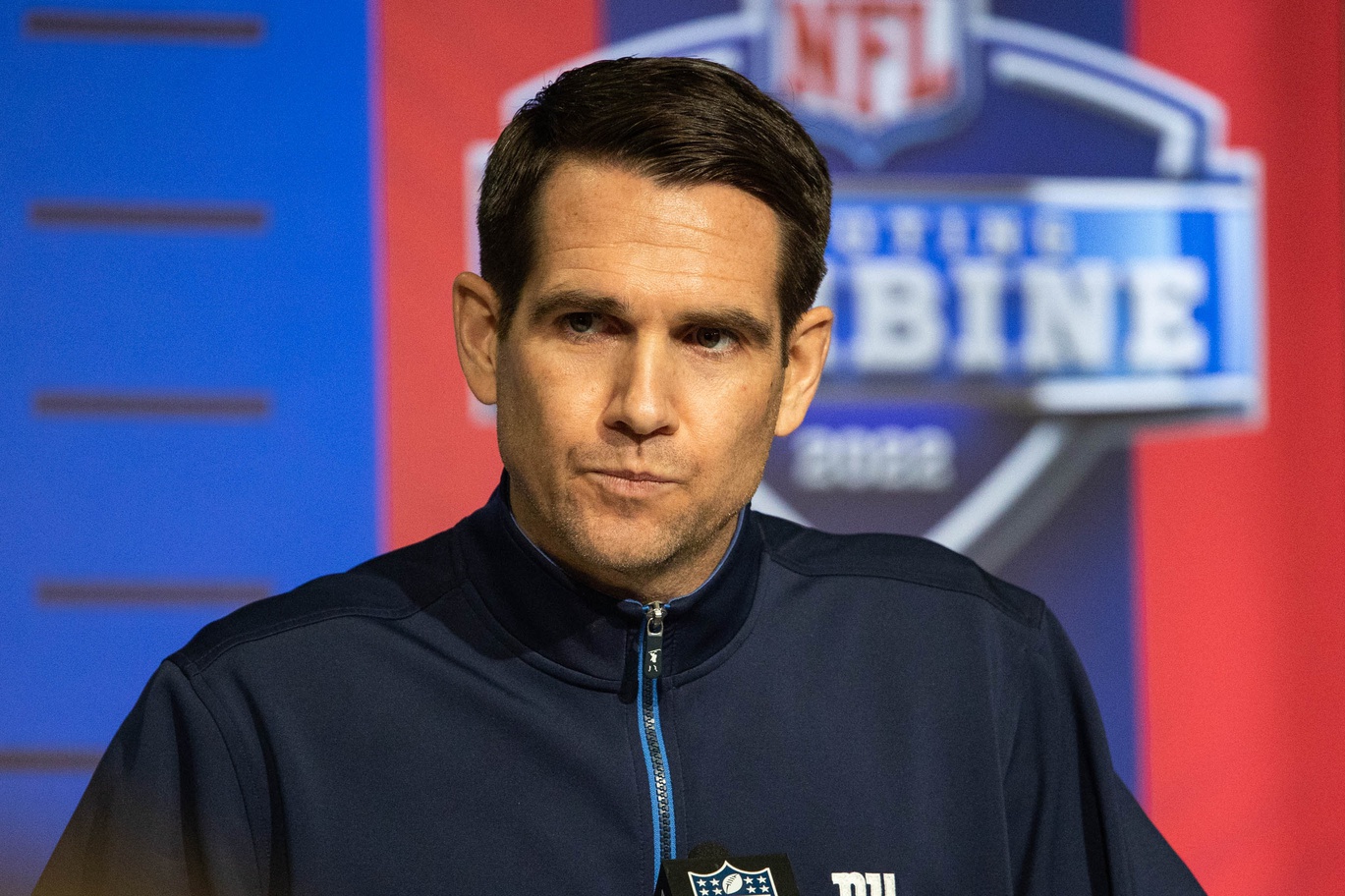 Should Giants Trade Back in First Round of 2022 Draft?

Of all the teams that could trade down at some point in the first round of the 2022 NFL Draft, the New York Giants feel like the team most likely to be considering it. They hold two top-10 picks, and seeing as they need many roster upgrades, trading back and adding draft capital could help fill holes early.

While trading back might end up working out for them, holding two top-10—nay, top-7—picks is not a headstart that many rebuilding teams get. So, if teams like the Seahawks or Steelers come calling, looking to trade up for a quarterback, should Giants General Manager Joe Schoen field their calls?

We first have to consider the current state of New York’s roster, and spoiler alert, it ain’t pretty. On the offensive side of the ball, they’ve got a big question mark at running back thanks to uncertainty surrounding Saquon Barkley and an even bigger question mark at quarterback.

Both of the Giants’ rostered tight ends from 2021 are gone, and the splash addition at wide receiver during the last free agency period, Kenny Golladay, finished the season with barely 500 yards and zero touchdowns.

The last first-round pick of the previous Dave Gettleman-led regime was another wide receiver, Kadarius Toney. He missed significant time with injury, and though he showed flashes of potential, finished with fewer than 450 yards and no touchdowns. The latest rumors indicate that he may be out of New York soon, too.

Looking at the trenches, the Giants’ offensive line was one of the worst in the NFL in 2021, though tackle Andrew Thomas showed some improvement in year two. The defensive line was probably New York’s strong suit last season, as 2021 second-rounder Azeez Ojulari showed a lot of potential on the edge. Dexter Lawrence had another solid season and Leonard Williams has made the Giants’ decision to extend him look good so far.

Elsewhere on defense, New York could use some extra playmakers at linebacker, cornerback and safety. Linebacker Blake Martinez is coming back from an ACL tear, cornerback James Bradberry has been the subject of trade rumors all offseason and Jabrill Peppers’ departure leaves just two safeties, Julian Love and Xavier McKinney, on the roster.

So, the Giants need pretty much all the help they can get.

A lot of that is thanks to the previous regime’s shortcomings in draft selections. Of the six first-rounders selected under Gettleman’s tenure (2018-2021), one player—Deandre Baker—is already gone, and three (Jones, Barkley and Toney) may be on their way out. That leaves two first-round selections in Lawrence and Thomas from the last four drafts that might stick around and get a second contract. No other first-round pick from the last decade is still on the roster.

That is not a lot of premium talent left over to help Schoen, a new general manager, and incoming Head Coach Brian Daboll.

For the Giants, the decision basically boils down to two options:

They could trade down from one of those picks, building up draft capital in later rounds to try and fill more needs on the latter two days of the draft. This option could potentially give the Giants some stability and depth at many places on their roster heading into the 2022 season. However, New York already has some solid capital later on, including two picks in both the third and fifth rounds.

A trade back would also mean missing an opportunity to select one of the best players at a premium position in the draft. The 2022 draft class is stacked with talent at edge rusher and offensive tackle, but both of those are premium positions, and top names aren’t likely to stay on the board long.

The other and most simple option is holding onto their two top-7 picks. New York has never held two top-10 picks in franchise history and having two very early picks could put the new regime in a much more comfortable place to initiate their own roster rebuild. At picks No. 5 and No. 7, the Giants should be in a perfect position to select one of the top edge rushers and one of the top offensive tackles, regardless of which players are selected in front of them.

Schoen has already said he’s “perfectly fine” to stand pat and take top players at premium positions, but that he may be willing to trade back if an offer “blows [their] doors off.”

That’s the right mindset to have. The Giants are very clearly in a stage in which they need to strip everything down and rebuild from the ground up. They have the ability to do just that if they hold onto those two early picks and use them to select potential franchise cornerstones at edge rusher and offensive tackle.

New York isn’t yet in a position to feel comfortable with many Day 2 and Day 3 picks instead of two premium selections in the first round. They should stick with the picks they do have and try to build around their two first-rounders. After all, the Giants could still add some capital later by trading away guys like Bradberry and Barkley. They shouldn’t feel a pressing need to sacrifice even one of their two top-10 picks.