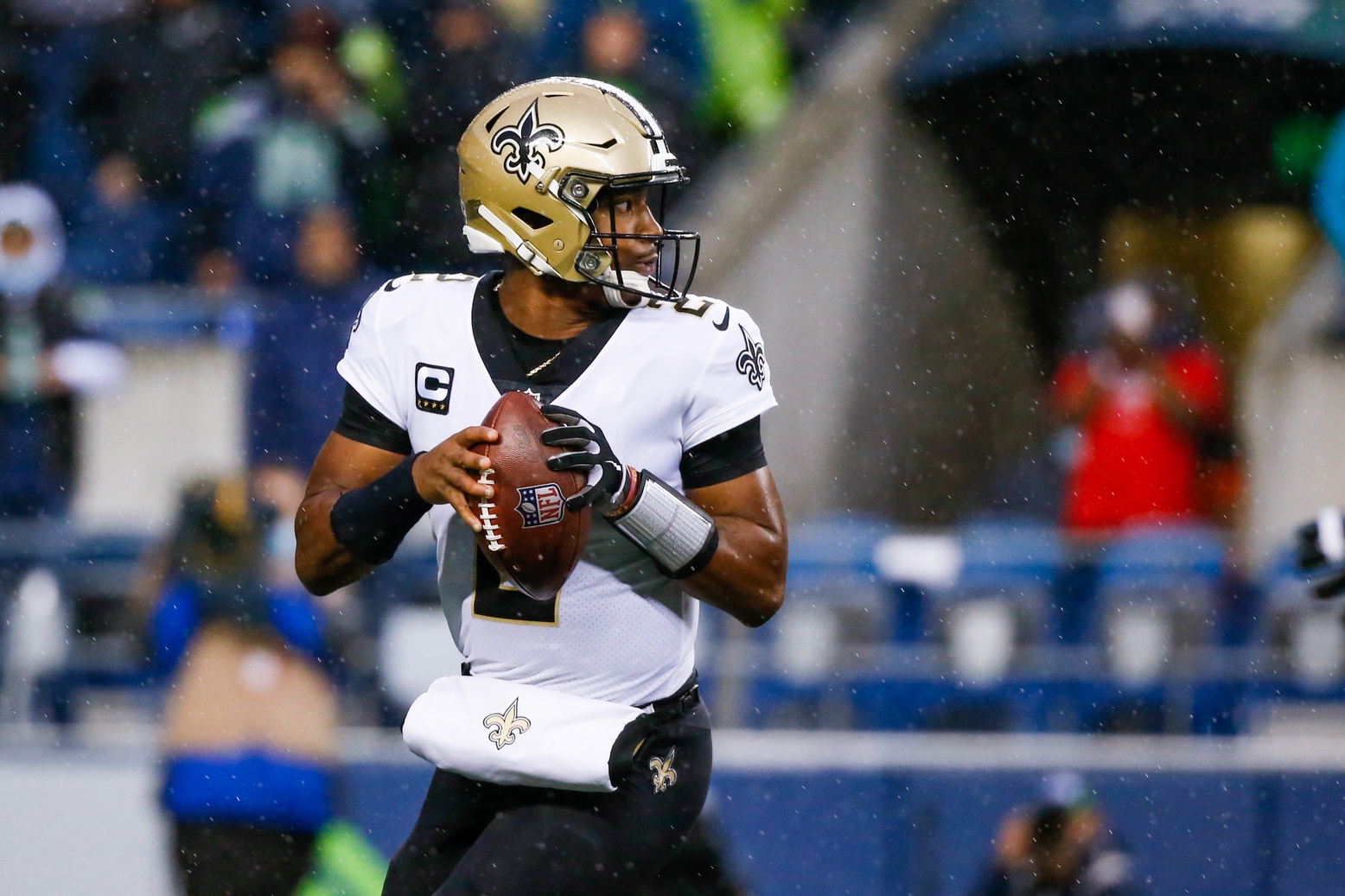 Every offseason, after the bulk of free agency signings and the NFL Draft have passed, it’s fun to predict how each team will perform in the coming season. it’s easy to predict another successful year for perennial playoff contenders, as it is a down year for clubs in a rebuild. But for teams like the New Orleans Saints, the uncertainty on the roster and within the coaching staff makes it harder to predict how well they’ll perform this year.

With a starting quarterback and star receiver returning from injury, a new head coach, and a strong roster overall, the Saints’ ceiling is high. But success in 2022 is far from guaranteed.

Saints offense has weapons in 2022

The obvious starting point is the offense, which added quality players in the 2022 NFL Draft.

In the first round, the Saints traded up to draft receiver Chris Olave, immediately enhancing a receiver corps that was otherwise lackluster.  Michael Thomas missed the 2021 season with an ankle injury and there was little depth behind him to pick up the slack. New Orleans’ leading receiver in 2021 was running back Alvin Kamara, who had 47 catches—one more than wide receiver Marquez Callaway.

The lack of production from Saints receivers can be chalked up to inconsistency at quarterback. New Orleans had four different passers start a game in 2021, and some (Jameis Winston and Trevor Siemian) fared better than others (Taysom Hill and rookie Ian Book.)

Olave’s presence brings the Saints a big-play threat. He’s a fantastic route-runner who can create separation, haul in deep passes and extend plays with his legs with run-after-catch ability.

Kamara and Mark Ingram will play in their first full season together in the running game since 2018. If both players stay healthy, they’ll provide the Saints with a formidable one-two punch out of the backfield.

New Orleans’ offensive line was solid in 2021 despite injuries keeping some of their best players off the field. Even after losing tackle Terron Armstead in free agency, the Saints’ offensive front should remain strong with the addition of their other first-round pick, offensive tackle Trevor Penning.

Defensively, the Saints are as strong as ever. Last season, they were the fourth-best scoring defense in the NFL and gave up the third-fewest yards per play of any team. Less than one-third of all offensive drives against the New Orleans defense resulted in a score; only the Bills and Patriots were better.

The New Orleans Saints lost safety Marcus Williams in free agency but replaced him with Tyrann Mathieu and Marcus Maye. New Orleans will still have one of the best secondaries in the NFL, with a combination of cornerbacks Paulson Adebo and Marshon Lattimore and safeties Maye and Mathieu.

The Saints have a solid defensive front as well, with ends Marcus Davenport and Cameron Jordan anchoring the outside. They combined for 21.5 combined sacks in 2021. Tackles Shy Tuttle and David Onyemata are solid, too.

Most of the Saints’ roster is strong on both sides of the ball, but there are still some looming questions. They begin at quarterback.

New Orleans will rise or fall with Jameis Winston

Jameis Winston is a  talented player. He has a rocket arm and enough talent as a runner to make things happen with his legs under pressure. He struggles when it comes to other attributes, like footwork and decision-making. His 30-interception season with the Buccaneers in 2019 is proof of that. Winston’s natural talent as a thrower can often get him into trouble. He makes poor decisions trying to be a hero and going for home-run throws downfield. Those ill-advised throws end up in a defender’s hands more often than not.

Winston showed improvement in his seven starts before his injury in 2021. He threw fewer interceptions per attempt than he ever had in his career. It’s something that can be chalked up to head coach Sean Payton’s good play-calling and ability to get Winston to protect the football.

Winston thrived with a strong running game around him, setting up play-action passes. He made big throws when they came to him but also recognized when to run or take the short passes the defense allowed.

Winston’s success under Payton brings us another question mark for the Saints this season: Payton’s departure.

For the first time since 2012, when Payton was suspended for “Bountygate,” New Orleans will have to play an entire season without him patrolling the sidelines. There are some familiar faces in the coaching staff, however.  Offensive coordinator Pete Carmichael is entering his 14th year as the Saints’ OC. Former defensive line coach Ryan Nielsen, who’s been with the team since 2017, and former defensive backs coach Kris Richard, a DBs coach and then defensive coordinator for the “Legion of Boom” era Seahawks, are stepping up as co-defensive coordinators.

The biggest question is whether the Saints’ new head coach, Dennis Allen, will be able to minimize Winston’s poor decision-making the way his predecessor did. As a defensive-minded head coach, Allen will likely have a more challenging time than Payton, an offensive guru.

If Winston’s first full season as the Saints’ starting quarterback ends up as interception-heavy as his tenure with the Buccaneers, New Orleans will be in trouble.

Terrible quarterback play could still doom a team, though. Winston’s tendency to make poor decisions combined with a new defensive-minded head coach could lead to poor quarterbacking, making it difficult to buy in on the New Orleans Saints this season.

There are other looming questions besides Winston’s play and Payton’s exit.

Will Thomas’ performance decline after last year’s injury?  Ingram’s play in 2021 seemed to reveal that his age was catching up to him, so can he still be as dynamic as he once was?

Kamara’s performance dipped with a heavier workload in 2021. What happens if he has to carry the ball even more in 2022? He’s another year older, and Ingram is far from a sure thing as a backfield-mate.

For now, it feels like New Orleans is a quarterback away from being Super Bowl contenders. They might also be a couple of injuries from being out of playoff contention.

That leaves the Saints’ ceiling for 2022  dependent on Winston’s play and how well the team can avoid injuries. If all goes perfectly, they could win 10 or 11 games and at least make it to the Divisional Round of the playoffs in an NFC field much weaker than the AFC’s.

If things don’t go well, New Orleans Saints could end up with a losing season of seven or eight wins and miss the playoffs entirely.

Regardless of what happens, the Saints likely won’t contend for an NFC South title—Brady is back, and the Buccaneers are still too good. That doesn’t mean New Orleans can’t end up as the fourth- or fifth-best team in the NFC. We’ll just have to wait and see.