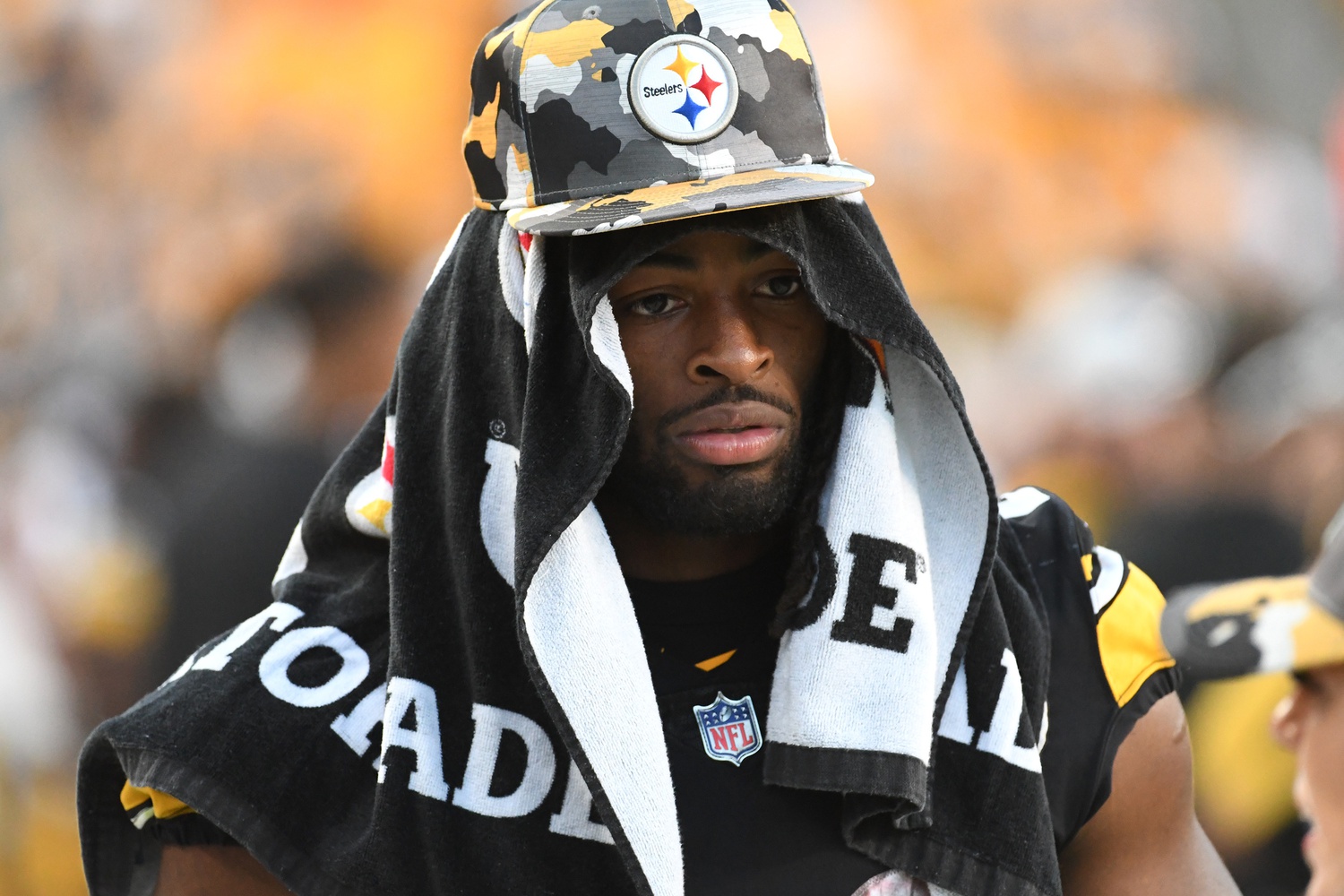 What’s Wrong With Najee Harris? Who’s To Blame For Struggles?

Pittsburgh Steelers running back Najee Harris is off to a shockingly poor start. Through five contests, Harris has gained just 222 rushing yards. He’s rushed for one touchdown and is averaging a below-average 3.2 yards per carry. When extrapolating Harris’ current production through 17 games, Harris is on pace to finish with just 754.8 rushing yards and 3.4 touchdowns. These marks are significantly lower than what Harris produced as a rookie ball-carrier in 2021 (307 carries for 1,200 yards and seven rushing touchdowns). All parties involved are at fault for Harris’ current struggles.

Pittsburgh’s offensive line has been healthy and available. Injuries don’t provide an excuse. Of a potential 1,500 collective snaps played together (320 total team offensive snaps), Pittsburgh’s preferred starting five have missed just five snaps. This is simply who they are.

Steelers general manager Omar Khan didn’t do enough to upgrade Pittsburgh’s offensive line this offseason, but Harris isn’t blameless. He’s currently the league’s worst rusher in the yards over expectation metric (-72), via Next Gen Stats. He’s averaging -1.06 rush yards over expected per attempt. It indicates Harris is leaving production on the field. Harris’ vision is currently lacking (as is his explosiveness). His frustrations have led him to ignore what the defense gives him while constantly living in search of an explosive play. Harris needs to revisit the basics.

The former Alabama standout is also averaging just 2.48 yards after initial contact per rushing attempt, via PFF. Of Pittsburgh’s 14 “explosive” runs this season (10-plus yards), Harris has accounted for just five of them. He’s created zero plays of 20-plus yards as a runner or receiver. Harris isn’t making defenders miss with consistency near the line of scrimmage or in the open field. Combining that with Pittsburgh’s underwhelming offensive line leads to the disastrous campaign Harris is currently experiencing.

Pittsburgh’s backbreaking passing attack isn’t helping create opportunities for Harris either. The Steelers’ passing offense has created just 15 explosive (20-plus yards) passing plays through five contests. Only nine teams rank below the Steelers in this metric.

They’re simply not productive through the air. They’re not creating spacing issues or mismatches for opposing defenses. Defensive coordinators don’t respect Pittsburgh’s passing attack. They’re comfortable crowding the line of scrimmage and daring the Steelers to beat them deep. Pittsburgh hasn’t forced defenses to back up. The hope is that Pickett eventually makes Pittsburgh’s offense more dangerous and explosive while creating room for Harris to operate with the desired effectiveness.

Harris’ production as a pass-catcher has also dwindled. He’s secured just 13 receptions for 64 yards and a touchdown. Harris is averaging 1.4 yards less per reception compared to last season (6.3 yards per catch). Essentially everything is going wrong in all facets for Harris and the Steelers’ anemic offense.

Harris is also struggling in pass protection. He’s been credited with being at fault for allowing two sacks, via PFF. Backup running back Jaylen Warren has seen an increased third-down role as a result. Warren out-snapped Harris 38-37 in Sunday’s embarrassing 38-3 defeat to the Buffalo Bills. Harris will continue forfeiting snaps to Warren in obvious passing situations.

The Steelers are 1-4 and have a point differential of -51. Pittsburgh’s offense ranks 28th in total offensive yards gained per contest (295.8). Harris is “spearheading” their 29th-ranked rushing attack (88.6/game). When removing scrambles from Trubisky and Pickett, the Steelers are averaging 3.57 yards per carry (30th in the league). It’s nearly a full yard per carry less than the league average (4.47), per TruMedia. Offensive coordinator Matt Canada’s offense is scoring 15.4 points per showing. Just the Denver Broncos (15.0) and Indianapolis Colts (13.8) are scoring less. Harris is at the forefront of these troubling statistics.

All parties involved deserve blame. That makes it difficult to locate a banner of optimism for Harris’ struggles. The metaphorical hope for improvement likely lies squarely with Pickett’s growth under center. Harris’ showings may continue to be lackluster. Pittsburgh’s offense requires the type of hard reset only an offseason of change can provide.