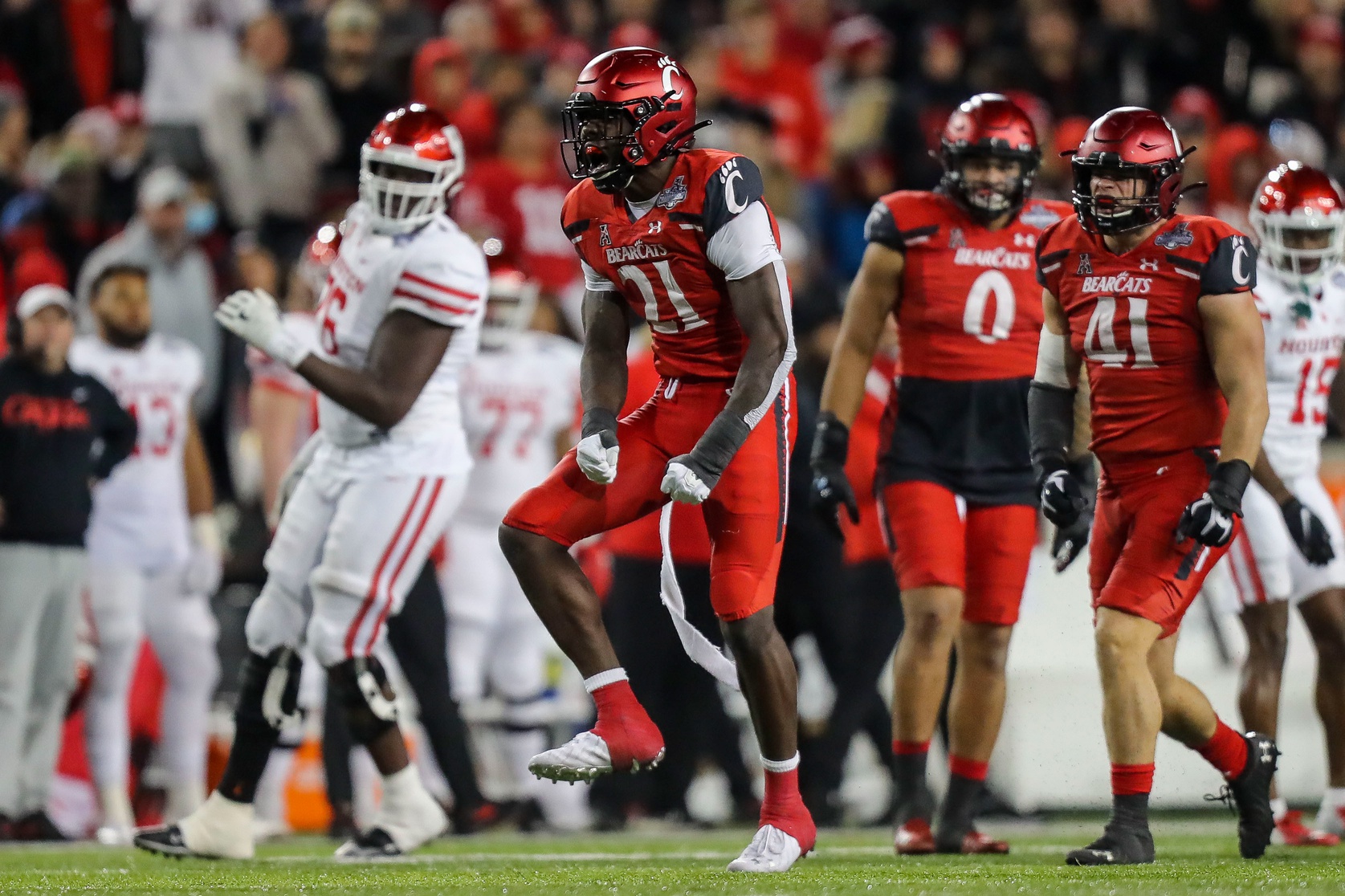 The 2022 NFL Draft is well-stocked with premium pass rushers and EDGE defenders, and several of those talents will look to separate themselves from the pack at this week's Senior Bowl. The annual all-star event serves as a crucial cog throughout the predraft process and represents an excellent opportunity for college football's playmakers to impress on a national stage. Cincinnati's star EDGE defender Myjai Sanders arrived in Mobile after experiencing an excellent senior campaign that saw him rack up career highs in tackles (41) and passes defended (5). Sanders added 7.5 tackles for loss and 2.5 sacks to his yearly totals en route to helping catapult Cincinnati to their first-ever College Football Playoff appearance. Sanders now departs the Bearcats program as a high-end draft prospect and pass rusher that accumulated 13.5 sacks over his previous three seasons. Sanders projects as an early draft pick that can step in and immediately help his professional team in various areas defensively. Mobile's contentious atmosphere meshes well with Sanders' competitive spirit. The Senior Bowl provides prospects with an opportunity to answer and address questions regarding their versatility and skill sets both via on-field performance and off-field conversations with general managers, coaching staffs, and team-appointed scouts. For Sanders, one of the big questions entering this week surrounded his ability to play as a run defender with the play strength to set the edge and hold up at the point of attack. Sanders is proud of his pass-rushing success but also aims to showcase his three-down ability throughout the week as an early-down run defender. "I'm excited to prove to NFL coaches that I shouldn't be simply labeled as a pass rusher and nothing more," Sanders told The Draft Network. "I can play on first and second downs as well." Sanders has been well-coached and groomed for this moment while playing under the tutelage and watchful eye of current Cincinnati head coach Luke Fickell and ex-Bearcats defensive coordinator and current Notre Dame head coach Marcus Freeman. In Mobile, Sanders has been placed on the National team, which means he'll be coached by yet another brilliant defensive mind in New York Jets head coach Robert Saleh and his impressive staff throughout the week. Throughout what promises to be an extremely physical and defining week of practice, Sanders will look to showcase his ability to stop the run and win the leverage battle against the American team's star-studded group of offensive linemen that includes Boston College's Zion Johnson, Central Michigan's Bernhard Raimann, Minnesota's Daniel Faalele, and Northern Iowa's Trevor Penning. It's a group with the chops necessary to test Sanders' abilities, and Saturday's game against the American team (coached by Dan Campbell and the Detroit Lions) could pit Sanders against the likes of Kentucky's Darian Kinnard, Memphis' Dylan Parham, Louisiana's Max Mitchell, and LSU's Ed Ingram. Sanders is relishing the opportunity to convert a solid week of practice into an eye-popping performance on Saturday. "I can't wait for Saturday's game to prove to the world that I'm really unblockable," Sanders concluded. "I'm proving that I can convert speed to power here in Mobile. I definitely have to get better at how I set up my speed moves. When I set that up and finish with power, I have to keep my feet driving forward throughout Saturday’s game.“ Sanders has all of the tools necessary to develop into a double-digit sack artist at the next level. He's out to prove his worth well beyond that facet of his game, and the early returns on his performance in Mobile have been incredibly encouraging in regards to his capabilities to develop into a true three-down defender.