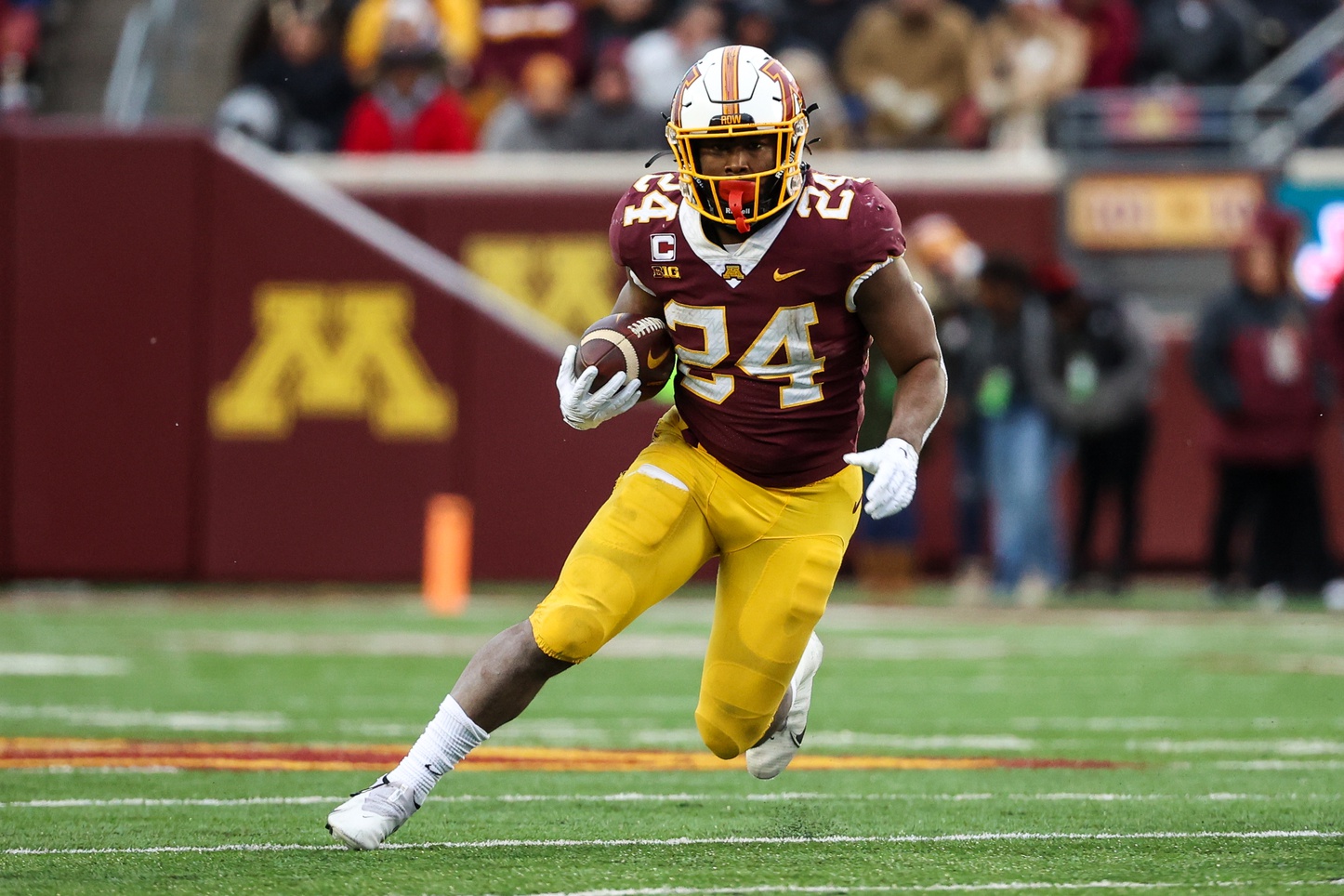 Just the seventh player in 127 years of Big Ten history to total 50 or more rushing touchdowns, running back Mohamed Ibrahim is in a class of his own. One of the more productive ball carriers in now his fifth season of college ball, the country’s current leader in rushing touchdowns (19) has begun to quiet concerns evaluators around the industry have had for some time.

Let’s quickly jump back to last fall, when Ibrahim entered the 2021 campaign as a talent that was expected to hear his name called in the 2022 NFL Draft. His season ended before it ever got started, suffering a torn Achilles in Week 1 against Ohio State. While he ran roughshod over the Buckeyes to the tune of 163 yards and two touchdowns before ending up on the shelf, rehabbing and watching on the sideline last winter fueled a fire within Ibrahim that has showcased one of the more physically impressive talents in the country in 2022.

His evaluation will be one of the trickier ones this draft cycle, however. Despite a year in which we’ve seen the rookie class headliners in Breece Hall, Ken Walker III, and Dameon Pierce waste no time in asserting themselves on Sundays, the 2023 RB class looks deeper with more pop. While Ibrahim is not considered to be a day-one or day-two player right now, he’s a massive, MASSIVE sleeper for a team that eyes a potential late-round ball-carrier to carry the load next fall.

Sure, the names like Bijan Robinson, Jahmyr Gibbs, Blake Corum, Zach Charbonnet, and Sean Tucker have and will continue to lead the pack in attention atop the talent pool, but NFL general managers have been reluctant to spend high draft capital on running backs over the last few years. And when it comes to a potential value pick, Ibrahim is sitting in the wings as someone who’s dominated in one of the top conferences in college football with a skill set that should translate extremely well to a modern-day NFL offense.

Whether you want his 210-pound-plus frame to create within the tackles or use his vision to hit cutback lanes or press to the outside, he checks a ton of boxes as someone I’d want to have on my side as the weather turns frigid in the latter half of the campaign. He’s a hoss to tackle in space, like a bowling ball with razor blades. While the top-end burst or electric footwork and acceleration aren’t things he hangs his hat on, more than 780 attempts at Minnesota have seen him make things happen when they aren’t there, hitting holes that aren’t vacant. Those intangibles should allow Mohamed Ibrahim to produce at the next level.