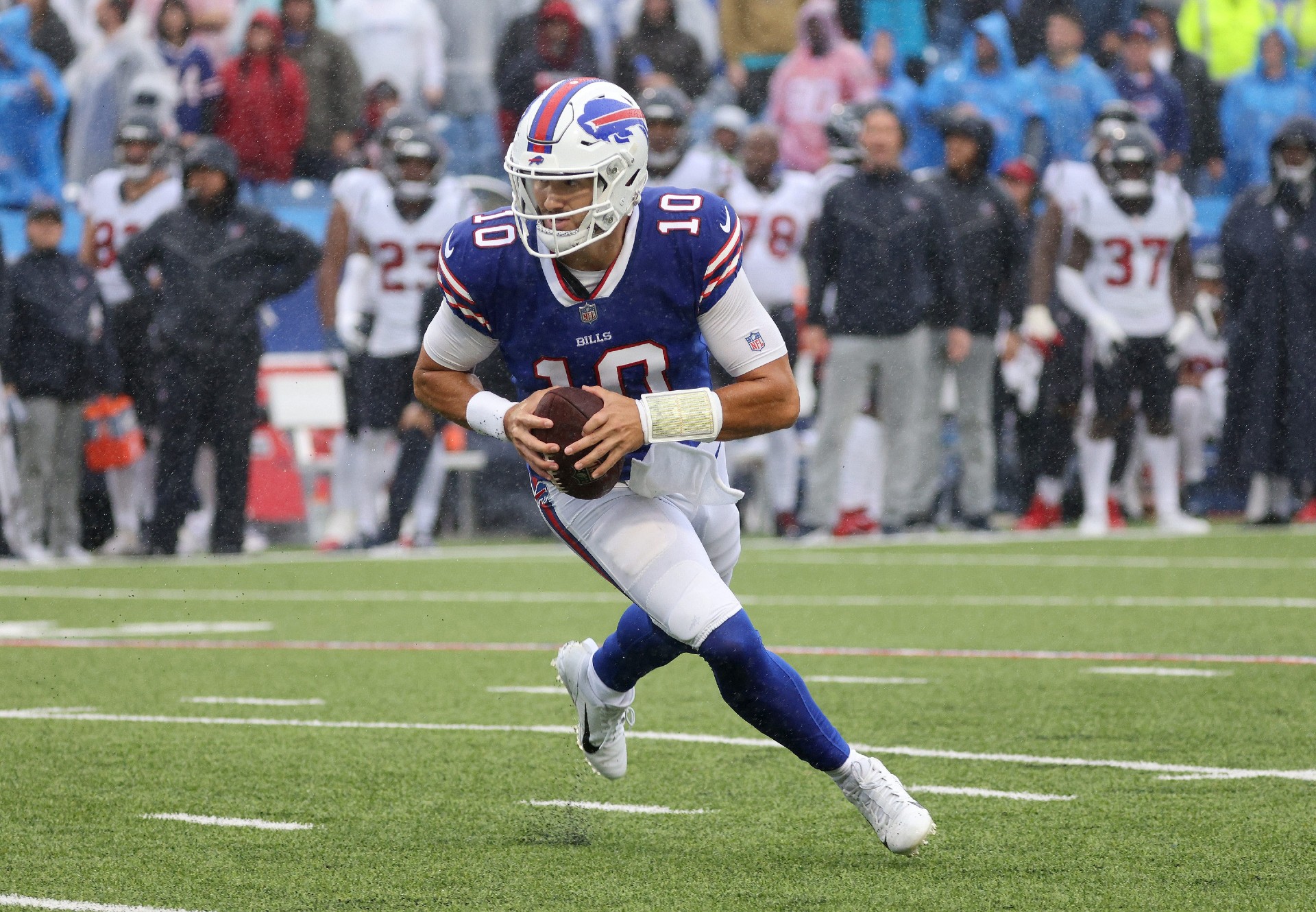 The veteran quarterback market received a giant shakeup on Tuesday afternoon when the Seattle Seahawks and Denver Broncos agreed to a blockbuster deal that sent Super Bowl-winning quarterback Russell Wilson to the Broncos. Elsewhere, Aaron Rodgers and the Green Bay Packers reportedly agreed to a historic contract extension that will make him the highest-paid player in football.

With Rodgers staying put and Wilson’s next destination already sorted out, the potential options for teams that are searching for upgrades at the quarterback position just dwindled. The 2022 NFL Draft provides another avenue for a franchise to add a quarterback to the fray, but the class is viewed as much weaker than previous and recent classes. Several teams will instead turn their attention to free agency, where former Chicago Bears quarterback Mitchell Trubisky serves as one of the more intriguing options available as a high-upside reclamation project.

Trubisky spent the 2021 campaign rehabilitating a previously damaged reputation while working under the same coaching staff that helped develop Josh Allen in Buffalo. Trubisky enjoyed a fruitful pre-season, particularly against his former Bears team in Week 2. Trubisky completed 20-of-28 passing attempts for 221 yards and one touchdown in a Bills blowout victory.

The Giants will be consistently connected to Trubisky as we swiftly head toward next week’s signing period and it’s easy to understand why on the surface. New general manager Joe Schoen and head coach Brian Daboll possess direct ties to Trubisky. Schoen joined the Giants after a lengthy stint as Buffalo’s assistant general manager and played a large role in bringing Trubisky to Buffalo in 2021. Daboll spent the most recent campaign as Trubisky’s offensive coordinator and is highly familiar with the potential the former No. 2 overall selection still possesses.

Schoen and Daboll weren’t a part of the regime that originally drafted incumbent starter Daniel Jones in New York and have been hired to usher in a new and exciting era of Giants football. Part of what Schoen and Daboll manage to achieve in East Rutherford will largely depend on their ability to fix the team’s quarterback situation. Jones is expected to remain with the Giants in 2022, but Schoen would be wise to add some veteran competition to the fray. Jones simply shouldn’t be handed the starting job going forward. He should have to earn the gig in training camp via a legitimate QB competition. Trubisky to the Giants could come to fruition next week.

The retirement of Ben Roethlisberger means the Steelers will possess a new starting quarterback in 2022 for the first time in nearly two decades. A two-time Super Bowl champion and six-time Pro Bowler, Roethlisberger goes down as an all-time great Steeler, but the franchise must now look forward. Long-time backup Mason Rudolph signed a one-year contract extension with the Steelers that will keep him in Pittsburgh for the 2022 campaign, but Rudolph has rarely looked capable of serving as a quality starter throughout his four-year tenure in Black and Yellow.

The Steelers are also preparing to hire a new general manager. Chief decision maker Kevin Colbert will retire at the conclusion of this year’s NFL draft and Pittsburgh’s next GM should play a large role in sorting through their troublesome issues at the quarterback position. The Steelers could miss out on the rookie quarterback of their preference, as their draft positioning (20th overall) means the top two or three signal-callers may come off the board before they come on the clock. It could force the Steelers to add a quarterback via free agency, and the Steelers should identify one that could push Rudolph for the starting job in training camp. Trubisky is more than capable of doing just that.

Commanders general manager Martin Mayhew reportedly made an aggressive attempt to acquire Wilson before Tuesday’s blockbuster deal that saw Wilson head to Denver as his next destination. Wilson allegedly denied the opportunity to play for the Commanders by opting for the Broncos instead.

Mayhew reportedly put together a trade package that included multiple first-round draft picks. It signals Mayhew’s intentions to acquire a new starting quarterback this offseason. It also signals his preference to land a veteran quarterback as opposed to drafting a rookie in April’s draft.

Trubisky certainly isn’t Wilson, but Mayhew is now forced to pivot in search of an adequate backup plan. The aging Ryan Fitzpatrick is an unrestricted free agent and isn’t expected back in Washington after he suffered a serious hip injury in Week 1. Taylor Heinicke failed to prove capable of serving as Washington’s starting quarterback going forward after a less-than-desirable showcase in 16 regular-season appearances. Heinicke is better suited as a high-upside backup to a new signal-caller.

The Commanders possess some intriguing playmakers at the skill positions, including Terry McLaurin and Antonio Gibson. Trubisky and his dual-threat abilities would give the Commanders a better option at the quarterback position than what the roster currently boasts.