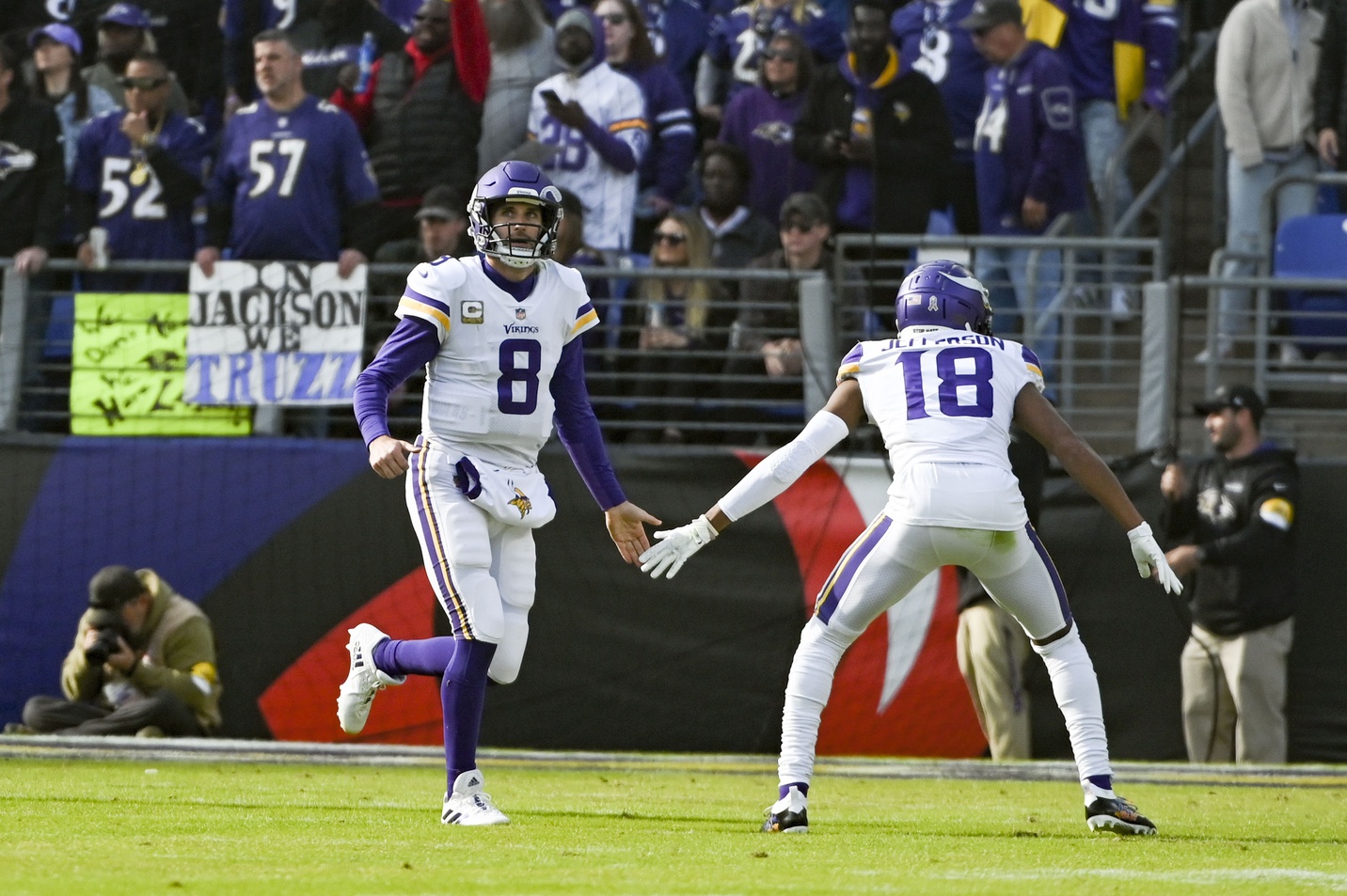 What Will Make 2022 Season A Success For Vikings?

The Minnesota Vikings enter 2022 with a hefty amount of optimism behind the arm of Kirk Cousins and the voice of newly minted head coach Kevin O’Connell. Minnesota could be in a spot to surprise within an underwhelming NFC from top to bottom.

Their offensive success starts and stops on the perimeter, where All-World wideout Justin Jefferson calls home. One of football’s elite separators at just 23 years old, he’s been everything, and much, much, more for Cousins in his first tandem of seasons. Entering his third campaign, the NFL has been peaches and cream for Jefferson.

It’s been too easy.

A blend of speed, hands, route-running, and run-after-the-catch ability, there isn’t a box Jefferson doesn’t check as a game-changing talent on the perimeter. A first-round selection in 2020, Jefferson has wasted no time placing his foot on the neck of opposing defensive coordinators’ gameplans, totaling more than 3,000 receiving yards in just 31 games played, or 91.4 yards per game—good for second all-time at his current pace. While the names surrounding him in Julio Jones (1st—91.9) and Calvin Johnson (3rd—86.1) each played a massive amount of more NFL snaps, there’s no reason to believe Jefferson has reached his performance ceiling at his spry age.

While rumors surrounding Cousins at times teased his departure, the oft-slandered quarterback is back in town and will remain the hefty straw that stirs the Vikings. While many will argue Minnesota’s offensive success stems from the play of versatile ball-carrier Dalvin Cook, it would suffice to say that Jefferson’s continued improvement could provide the stepping stool Minnesota needs if they plan on overtaking the Packers in the NFC North this fall. In the grand scheme of things, it’s one player, yes, but as we’ve seen in the NFL, and within other professional sports leagues, all it takes in certain instances is one player to take you over the top, and there may not be many players that coaches around the league would take over Jefferson in 2022.

When it comes to a talent like the former LSU standout, who despite playing a position where his numbers directly correlate with another individual, he’s become as ‘go-to’ of a target as we’ve seen in recent memory. No matter the down and distance, or the matchup, feeding Jefferson has become a weekly ‘to-do’. And as the old adage goes, “if it ain’t broke, don’t fix it” and Jefferson’s 292 targets in two seasons is a gaudy number that will only increase as his rapport grows with Cousins and the game—frighteningly—continually slows down to his tempo on the perimeter.

Moreover, with O’Connell now calling the shots alongside offensive coordinator Wes Phillips (two former quarterbacks), the onus on the two newest Vikings hirings to pump their young superstar with targets will remain paramount if Minnesota hopes to punch its ticket to the postseason—frankly, it’s not coming from anywhere else. Adam Thielen is a nice WR2 and K.J. Osborn could enjoy another breakout season, but relying on Irv Smith Jr at tight end to holster targets looks out of the question. While 2021 fifth-rounder Ihmir Smith-Marsette flashed a few times last fall, and the team likes Bisi Johnson, the Vikings’ aerial onslaught relies heavily on Jefferson to consistently create separation and dominate opposing secondaries every single week.

On defense, although a ton of questions remain unanswered, I’m higher than most in the industry on the group set to start for Ed Donatell. While the headlining name in Anthony Barr is no longer, the additions of secondary stalwarts Lewis Cine and Andrew Booth Jr. via the draft will make Vikings fans near and far want to run through their living room wall. Two menacing defenders who aren’t afraid to mix it up both down the field and near the line of scrimmage in the run game, after ranking 27th, and 30th in points per game allowed over the last two seasons, fresh bodies on the backend in the form of those two high-level playmakers should complement the presence of an aging Patrick Peterson and safety Harrison Smith.

Additionally, and although it’s flown under the radar, the selection of former Missouri corner Akayleb Evans presents a player that could outplay his draft stock before we get out of October. A long, tenacious corner that showcased well at the Senior Bowl, he’s raw in terms of his pure coverage ability, but with the proper development and knowledge learned under the likes of Peterson, his role as Minnesota’s fourth corner could see him work into substantial snaps in year one.

At the second level, I really liked the approach general manager Kwesi Adofo-Mensah took with the addition of former Oklahoma Sooner Brian Asamoah. Although the first-year GM took his fair share of slander on day one after trading back from No. 12 (Jameson Williams) to No. 32 with their inter-divisional foe in the Detroit Lions, after grabbing Cine, Booth, and interior offensive lineman Ed Ingram, adding a plug-and-play linebacker like Asamoah presents Donatell with an intriguing chess piece at the linebacker spot.

A downhill thumper that will stick his facemask through your chest plate, it won’t take long for Asamoah to make his presence felt on Sundays. A two-year starter within the uber-complex Oklahoma defense, after taking over duties as the Sooners’ starting WILL linebacker in the fall of 2020, Asamoah’s skill set had teams rave over his three-down potential at the next level. A modern-day defender with the ability to strike in the run, work sideline-to-sideline in tracking down ball-carriers outside the hashes, and with an improving ability in coverage, his ceiling remains extremely high.

As good as Asamoah is against the run, rounding his game into form as an asset in coverage, rather than just a body in space, is a facet of his impressive skill set that he’s honed in working at ‘EXOS’ in Florida in preparation for his first NFL season.

He mentioned one of the biggest areas he worked on this fall was in coverage; Exhibit A as to why he should be able to work as a three-down defender at the next level.

A roster primed to challenge for much more than just a wild-card spot this fall, the arrival of O’Connell has forced me to place a massive red dot next to the Vikings this fall as a team to watch. A unit built upon a foundation of veterans combined with a nice influx of youth-infused talent could find Minnesota atop the NFC North if all comes to fruition.