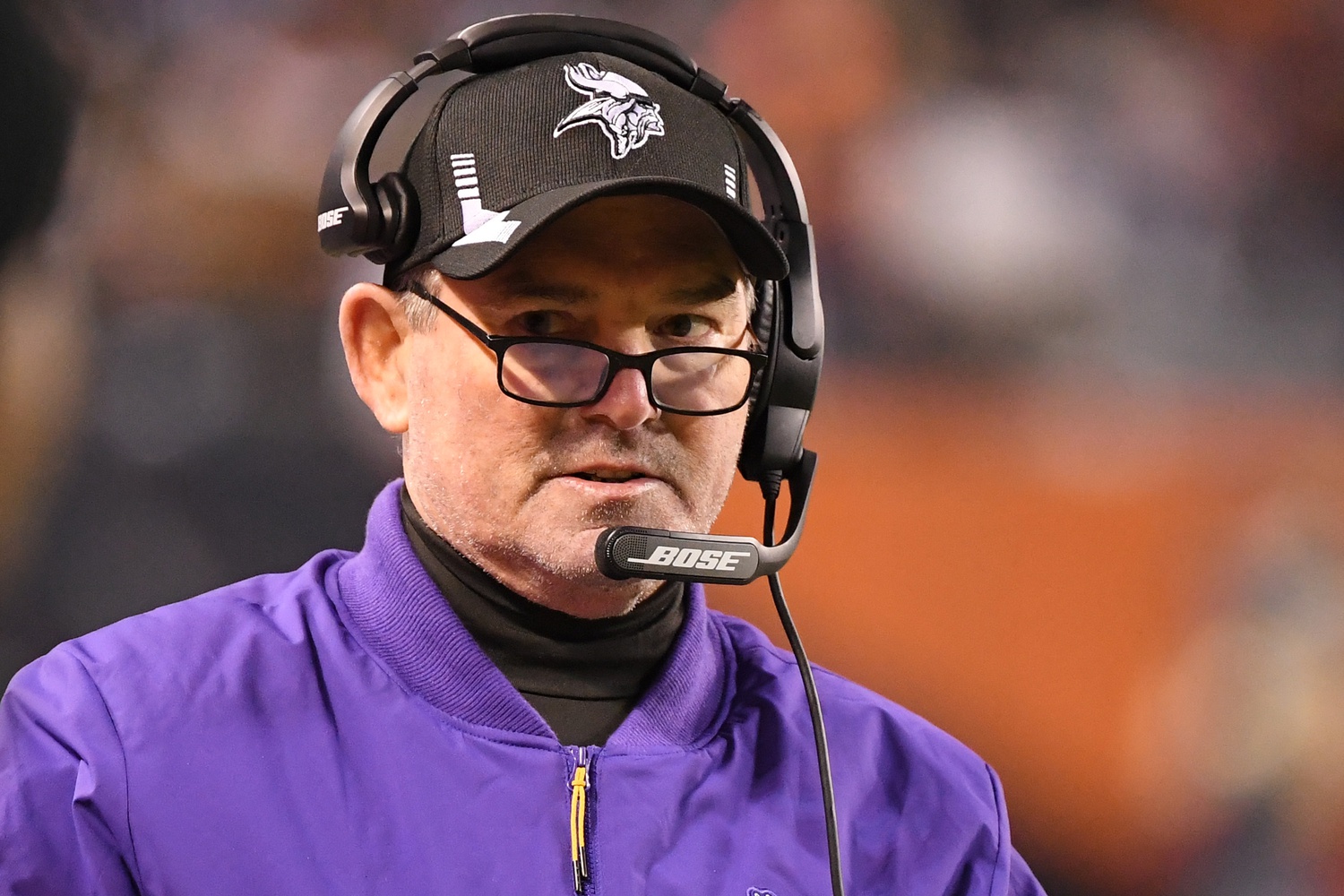 The Minnesota Vikings were thoroughly embarrassed by their arch-rival Green Bay Packers in front of a national audience on Sunday night. As he's done so many times before, Aaron Rodgers haunted the Vikings to the tune of 288 passing yards and two touchdowns in what turned out to be an extremely straightforward victory for MVP-candidate Rodgers and his Packers. The Vikings always faced an uphill battle following Kirk Cousins' positive test for COVID-19 and were forced to thrust the underprepared and ineffective Sean Mannion under center. It expectedly led to a non-competitive showing from the Vikings. Although the result went as largely predicted given the circumstances, it did confirm some unfortunate facts for the Vikings and their passionate fan base. At 7-9, the Vikings will finish below .500 for the second consecutive season following last year's disappointing 7-9 record. Head coach Mike Zimmer has failed to usher his Vikings to the postseason for the second time in as many tries and the Vikings may be better suited going in a different direction this offseason. Zimmer was initially hired ahead of the 2014 campaign. His fiery and aggressive mindset quickly left a positive impact on Minnesota's franchise, although the gift of time has now revealed far less desirable results. The sample size on Zimmer's tenure now stands at eight completed seasons (following this Sunday's meaningless closer) and the results paint an extremely inconsistent picture. Zimmer has led the Vikings to the playoffs on just three occasions in eight attempts. It’s hardly the results you strive for. That's not to say that Zimmer hasn't delivered any success to the Vikings. Zimmer led the Vikings to a pair of postseason victories (both coincidentally over the New Orleans Saints). The height of Zimmer's tenure thus far is best captured by the 2017 campaign. Minnesota finished a truly special season at 13-3 en route to winning the NFC North for the second time in three seasons. It's unfortunately the type of high the Vikings have been chasing ever since while falling short of their expectations and lofty goals time and time again. Zimmer has been awarded plenty of time to prove he's capable of getting the Vikings over the meddling hump, but no longer appears capable of doing so. General manager Rick Spielman holds Zimmer in great regard, but the time to usher the franchise in a different direction is now. The game is changing now more than ever before. In a forward-thinking league that prioritizes offensive brilliance and the young hotshot coaches that can deliver offensive schemes and game plans that place an unwavering amount of stress on opposing defenses, Zimmer's old-school team-building philosophy sticks out like a dinosaur in a Walgreens. Zimmer is currently on his fifth offensive coordinator (Klint Kubiak) in as many seasons, a fact that reflects negatively on his ability to help Minnesota build a consistent offense with any sort of success. Some of this is outside of Zimmer's control, with the likes of former offensive coordinators Kevin Stefanski and Pat Shurmur leaving Minnesota for opportunities to be head coaches elsewhere, but it also proves a point regarding why hiring and retaining old-school defensive-minded head coaches often works against your franchise in 2021. Zimmer is a beloved figure in Vikings nation. Things grow stale sometimes in sports. It happens. Zimmer's tenure is dangerously inching toward earning that label (if it hasn't reached that point already). Should the Vikings fire Zimmer, about 20 other teams would be wise to hire him as their defensive coordinator. It shouldn't stop Spielman from making the right decision, though.