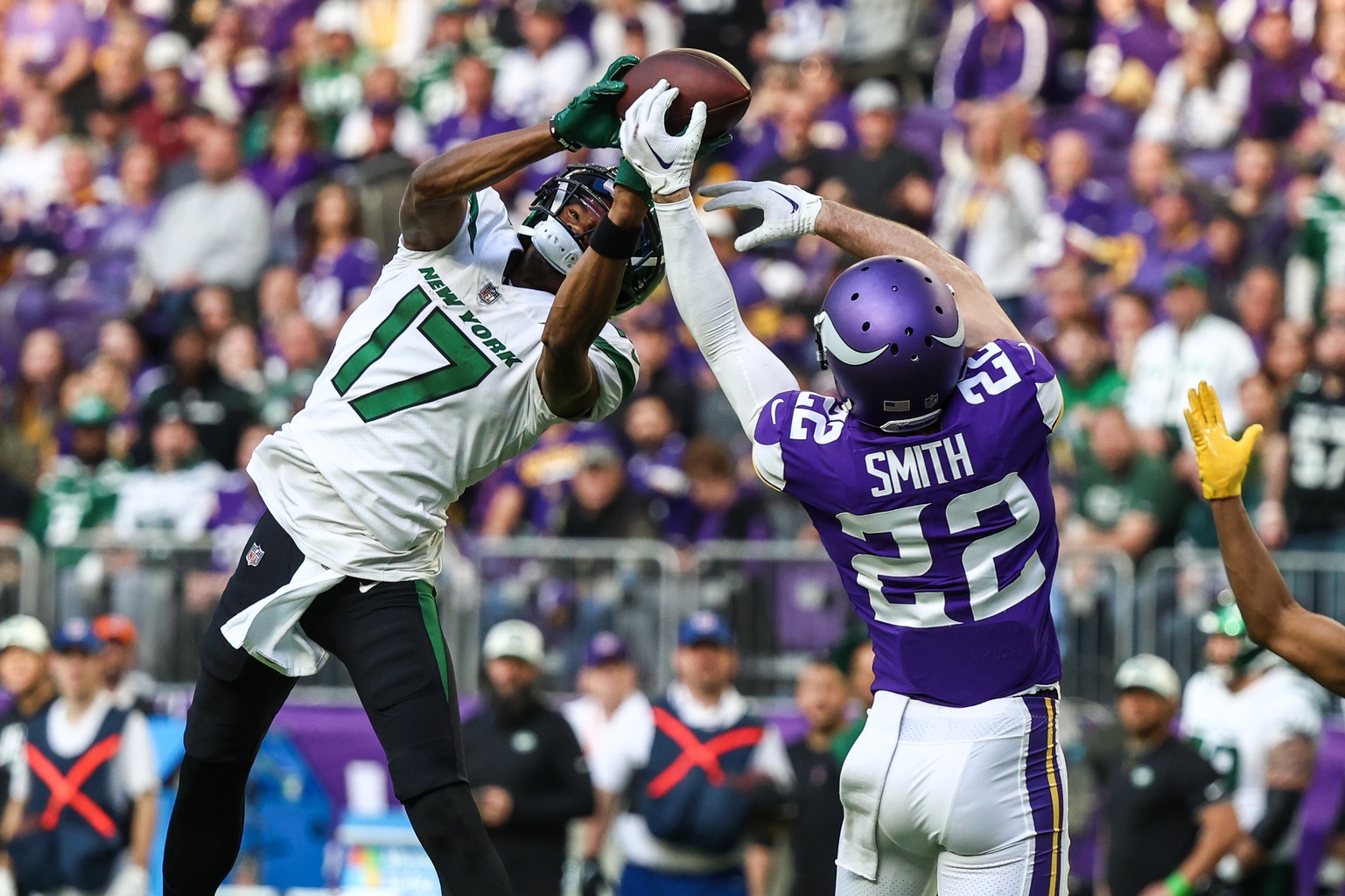 Can Vikings Fix Defense Before Playoffs?

At 10-3 with four games left, the Minnesota Vikings are all but guaranteed a spot in this year’s postseason as champions of the NFC North. But even though Minnesota is one of the top teams in the NFL this year, the team is far from flawless. With one of the worst defensive units in the NFL, particularly in the passing game, can the Vikings find a way to fix it before the playoffs begin in just over one month?

For a team that has won 10 games in 14 weeks and, under their new head coach, has reversed the one-score loss trend that doomed their season a year ago, Minnesota’s defense is historically bad. They are currently at the bottom of the league with 403.7 total yards allowed per game after having allowed over 400 yards in each of their last five games. They’ve also given up an average of over 30 points per game in that span. Out of the 103 teams that won 10 games in 14 weeks since 2000, this year’s Vikings squad is the only one to have a negative point differential, per Sheil Kapadia (they currently stand at -1).

A big part of why the Vikings’ total defense has been so abysmal is their inability to stop opponents’ passing attacks. Minnesota is also dead last in the league in passing yards allowed this season, with an average of 287.2 opponent passing yards per game. The reason for that seems to be poor defensive coaching and scheming.

Under newcomer defensive coordinator Ed Donatell, the Vikings have led the league in “off coverage” snaps in pass coverage. In other words, no team gives five or more yards of pre-snap cushion to opposing receivers more often than Minnesota does. Relatedly, they’re also the league leaders in yards allowed in off-coverage situations, as opponents are averaging over nine yards per play in those situations. There has not been nearly enough press coverage or jamming at the line of scrimmage by Vikings defensive backs this year and as a result, teams like the Lions can take advantage with short, quick passes that pick up easy chunk yardage with so much room to work after the catch.

Then easily taken advantage of on a later third down with a quick snap, getting a bunch set to outnumber the off coverage as Vikings try to blitz. No quick adjustment. pic.twitter.com/Ws9onnUhWi

On top of that issue, Donatell is kind of the anti-Wink Martindale—currently the New York Giants’ defensive coordinator—in that he is extraordinarily unwilling to blitz, much preferring a four-man rush. In his 3-4 base defensive scheme, that’s lent itself to outside linebackers Za’Darius Smith and Danielle Hunter dropping in coverage far more often than they have in previous years and probably more often than they should be.

Despite the fact that they can be two dominating edge rushers when they’re in pass-rush situations—the two have combined for 16.5 sacks this season—they have dropped into coverage on nearly five percent of their combined snaps. That’s more than twice as much as Smith did in 2020, his last full season, and significantly more often than Hunter did (2.9 percent) in the 4-3 base of the previous regime. Frankly, Donatell’s insistence on doing so is putting good pass-rushing talent to waste.

Between the lack of press coverage the Vikings employ from their defensive backs and the unwillingness of Donatell to send extra pressure, opponents have been able to torch Minnesota in the air all season. Fortunately for the team (and Donatell, honestly), the Vikings’ offense has been clicking enough to keep them squarely in position to win the NFC North with ease. But once the playoffs come, Minnesota has to be ready to make adjustments to their defensive game plan if they want to contend for the Super Bowl. They have enough talented personnel to make adjustments and find success; this isn’t an issue that’s come about with a lack of talent. It’s just that the defensive schemes and planning they’ve used over the last five weeks simply will not cut it come postseason action.