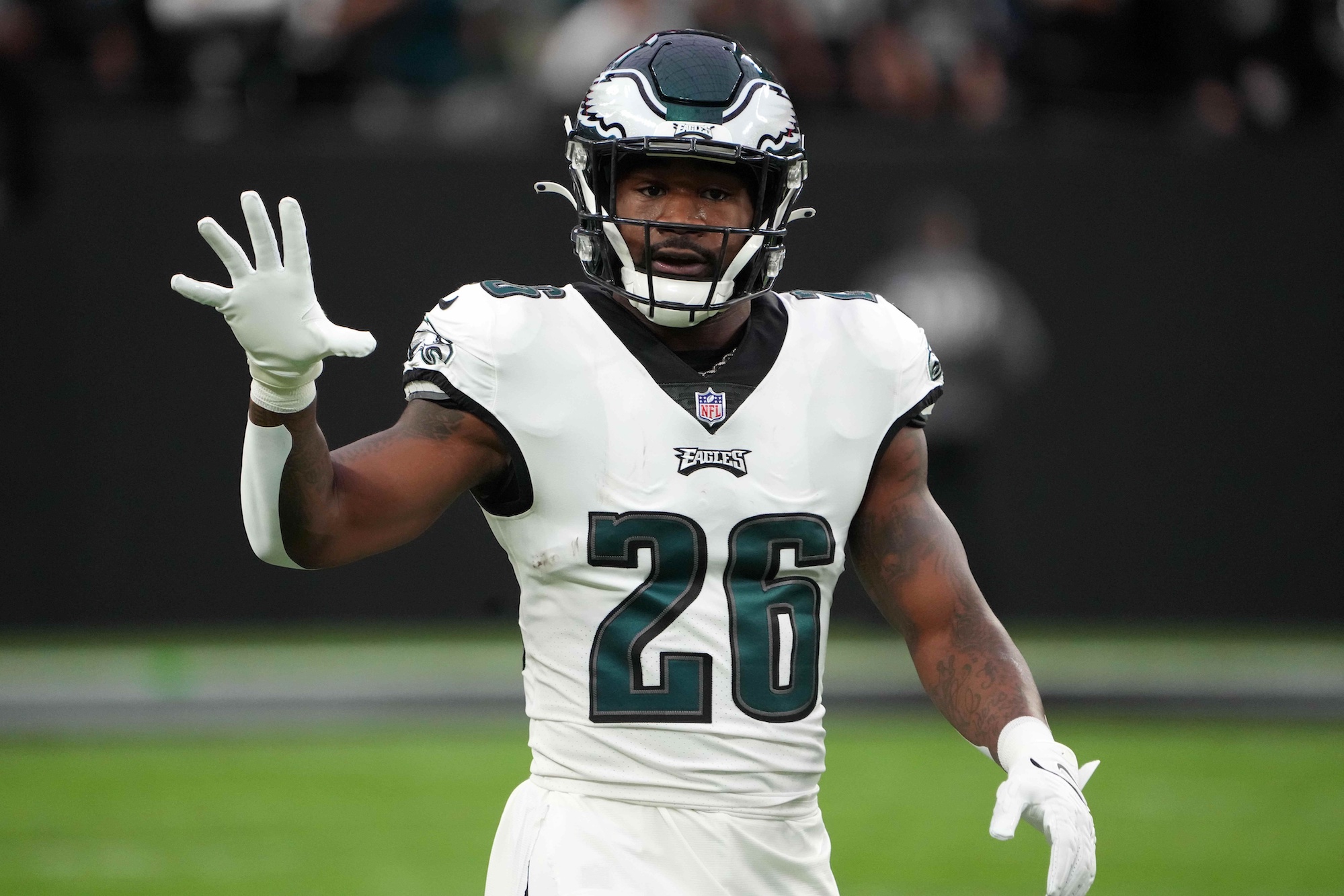 Is 2022 A Make-Or-Break Season For Miles Sanders?

The Philadelphia Eagles’ crowded running backs room is one of those “good problems to have.” At least, it is for the team. For running back Miles Sanders, it may mean that the 2022 season is a make-or-break one in determining his future in Philadelphia.

Sanders is a player that’s always had plenty of potential from the time he was drafted in the second round of the 2019 NFL Draft. In his final year at Penn State, he rushed for 1,274 yards and nine touchdowns on just 220 carries in 13 games. In his first year in the NFL, Sanders finished with 818 yards and three touchdowns on 179 carries, with an additional 509 yards and three touchdowns on 50 catches for a total of 1,327 all-purpose yards on 229 touches. It was enough to get him a single vote for 2019’s Offensive Rookie of the Year award.

Since that rookie year, Sanders’ production has gotten more and more limited thanks to some tough injury luck. He missed the first game in 2020, his second season, with a hamstring strain, then sat out a couple of extra games later that year with a knee injury. He still had a good year with a new career-high in rushing yards (867) and rushing touchdowns (6), but less of a productive performance as a pass-catcher.

Unfortunately for Sanders, he was unable to follow it up with a much better 2021 thanks to more injuries. A lingering ankle issue kept him out or limited in a few games, and he broke his hand in Week 16, forcing him out of the final two games of the season.

In all, Sanders has played in 24 games since 2019 and has been unable to replicate the same level of all-purpose production he had as a rookie. He has yet to record a 1,000-yard season as a rusher, which can largely be attributed to those injuries, and didn’t score in 2021, which is a bit more concerning considering how run-heavy the Eagles became in the second half of last season.

Meanwhile, fellow Philadelphia running backs Boston Scott and Kenneth Gainwell—who was a rookie in 2021—have been proving themselves as valuable commodities for the Eagles. They say the best ability is availability, and both Scott and Gainwell played (and produced) in 16 games last season. The two combined for 13 scores to Sanders’ zero, though neither was as productive as Sanders in yardage, even with the extra games played.

There still has been some speculation about Sanders’ future with the Eagles. He’s in the final year of his rookie contract—as a former second-round pick, there’s no fifth-year option available—and his injury issues could be worrisome. Given the fact that Gainwell impressed as a rookie, it’s possible Sanders’ replacement could already be a part of the organization.

There was only more speculation about Sanders’ Eagles future after this year when he took some reps with the second-string offense in training camp. Any concerns—at least in the short-term—were quickly put to rest by head coach Nick Sirianni, who confirmed Sanders was “the guy,” and it was just “the way the numbers worked” near the beginning of preseason camp.

Thanks to Sirianni’s comments, we know that Sanders is in a great position to prove himself worthy of an extension. Assuming he stays healthy, he’ll get a full season as a starter under his belt and can lock himself into that starting job for the future if he outperforms Gainwell and Scott.

Sanders had more success as a rusher in all categories but scoring than either of his competitors in 2021. He had more yards, he got more carries and he averaged more yards per carry than either of the other two guys in the Philadelphia running backs room.

Scoring and fantasy points aren’t the be-all, end-all of performance, and Sanders has proven he can be a valuable offensive asset when healthy. This year doesn’t seem too much like a make-or-break for him yet, though some more bad injury luck or a sudden drop-off in production could change that quickly. For now, the Eagles’ starting running back job seems like his to lose.