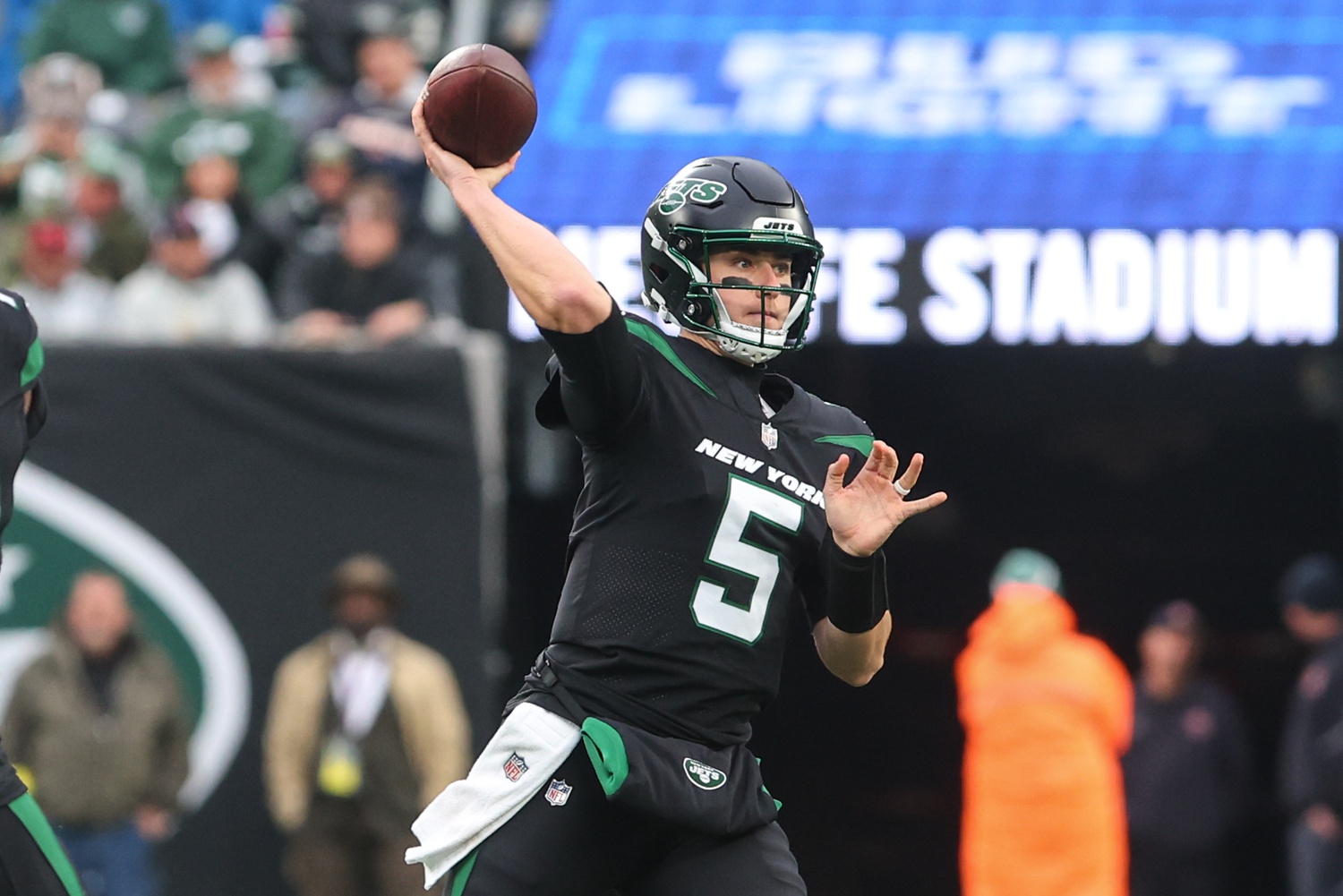 Should Jets Start Mike White For Rest Of Season?

New York Jets quarterback Mike White was extremely efficient and productive in Sunday’s dominant 31-10 victory over the Chicago Bears. White completed 22-of-28 passing attempts for 315 yards and three touchdowns. The question will be asked all week long and this is the answer: White should be the Jets’ starting signal-caller for the remainder of the campaign.

Jets head coach Robert Saleh benched sophomore quarterback Zach Wilson after the second-year signal-caller failed to take accountability for a nine-completion, zero-touchdown performance against the New England Patriots in Week 11. White took full advantage of his opportunity. Saleh was full of compliments for White’s performance during his post-game presser.

A passionate Jets fan base may twist Saleh’s words into a slight at Wilson, who has routinely failed to execute basic assignments. White reached several statistical feats Wilson has failed to reach despite making 20 career starts. For example, Wilson has never enjoyed a three-touchdown performance like White did on Sunday.

The accomplishments don’t stop there. White’s 149.3 rating was the best among all Jets quarterbacks since Geno Smith had a perfect 158.3 against the Miami Dolphins in 2014, per The Athletic. Wilson isn’t reclaiming his starting job anytime soon.

White executed offensive coordinator Mike LaFleur’s offense to perfection. LaFleur’s system is designed to make life easy on its quarterback. White proved capable of handling the tasks at hand by completing 78.5% of his passing attempts. By comparison, Wilson has completed just 55.6% of his attempts this season—oddly matching Wilson’s completion percentage from last season. Wilson has never completed 78.5% of his attempts in a single showing like White did against the Bears.

An underrated aspect of White’s performance was how he got the Jets’ weapons involved. Rookie receiver Garrett Wilson recorded five receptions on eight targets for 95 receiving yards and two touchdowns. Wilson had recently been complaining about a lack of targets and volume. His mood will surely improve after White peppered him with targets. It was the second multi-TD performance of Wilson’s young career.

Perhaps even more notable was the re-emergence of the previously struggling Elijah Moore. Moore got loose for a 22-yard touchdown in the third quarter that extended the Jets’ lead to 24-10. It represented Moore’s first receiving touchdown of the 2022 campaign.

Moore’s peculiar sophomore campaign has come under scrutiny. In Wilson’s last three starts that Moore was present for, the former Ole Miss standout totaled three receptions for 28 receiving yards. Moore grew fed up with his lack of involvement in the offense to request a trade, which momentarily landed him on the sidelines as a healthy scratch.

The Jets had been searching for answers on how to get Moore involved. They even moved him to the slot. Inserting White into the lineup provided the solution. White’s presence breathed life into Moore’s talents.

The victory improved the Jets to 7-4. Saleh’s squad currently holds the seventh seed and final playoff spot in the AFC’s cluttered wild-card race. Mike White, who should continue starting at quarterback, gives the Jets their best chance to achieve postseason success.