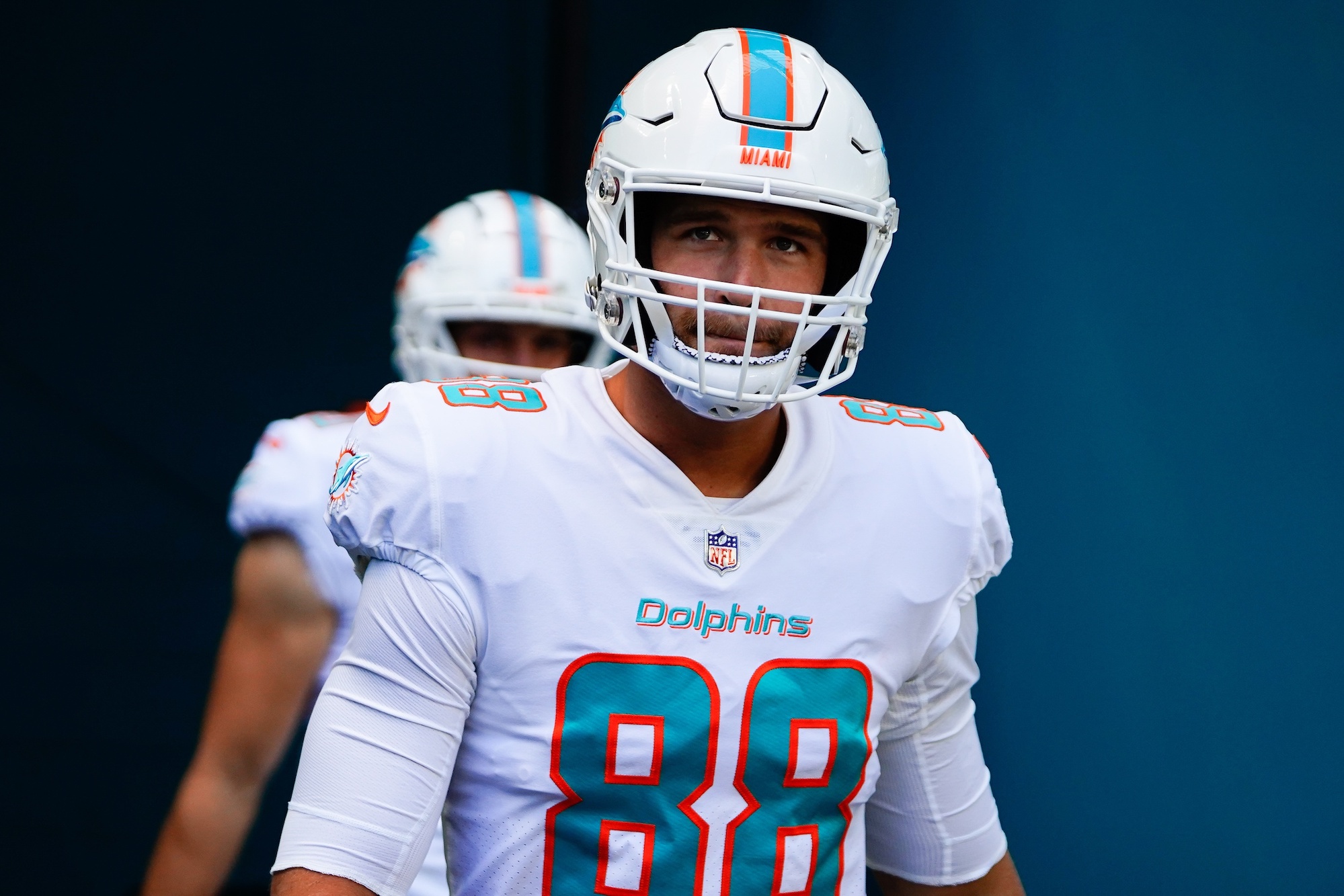 3 Teams That Could Trade Mike Gesicki

The Miami Dolphins are willing to listen to trade offers for tight end Mike Gesicki ahead of the league’s Nov. 1 deadline, according to multiple reports. Gesicki has been largely uninvolved in Miami’s offense. He’s recorded just 15 receptions for 170 yards through six contests after totaling a career-high 73 catches last season. He’s only played 52% of Miami’s offensive snaps this season.

Gesicki is a poor overall fit for Mike McDaniel’s offense. It qualified as a surprise when the Dolphins slapped Gesicki with the franchise tag in March, guaranteeing him a salary of $10.9 million for the 2022 campaign. Trading Gesicki would lead to more playing time for Durham Smythe, who is better suited for the traditional tight end role coach McDaniel prefers.

Alternative pass-catching options behind Amari Cooper and David Njoku have been an issue for the Cleveland Browns. Browns general manager Andrew Berry previously flashed a willingness to pair Njoku alongside another starting-caliber tight end. Berry once signed Austin Hooper to a four-year, $44 million contract despite already rostering Njoku. Njoku and Hooper co-existed for several seasons. Could a similar partnership occur between Njoku and Gesicki?

The Browns have begun preparing for the return of starting quarterback Deshaun Watson from suspension. Head coach Kevin Stefanski will attempt to jumpstart his offense once Watson marks his arrival. Acquiring another weapon such as Gesicki would be an appropriate way for Cleveland to ensure Watson hits the ground running.

It’s also worth noting that Gesicki played alongside Jacoby Brissett in Miami last season. The Browns currently possess a league-leading $35 million in cap space, per Spotrac. They’re one of few teams that could easily absorb Gesicki’s remaining salary and cap charge.

Losers of three consecutive contests, the shine has begun wearing off the 2022 Jacksonville Jaguars. Luckily for the Jaguars, they compete in the underwhelming AFC South and remain in the hunt for the division title at 2-4. Jacksonville’s offense is averaging 18 points per contest throughout their ongoing three-game slide and could use a refresher ahead of the deadline. Jaguars general manager Trent Baalke would have to restructure a contract or two in order to fit Gesicki into his plans.

Baalke attempted to add a high-upside pass-catching tight end this offseason. Evan Engram has unfortunately disappointed so far. Engram has accumulated just 24 receptions for 208 yards and zero touchdowns through six games. Engram is currently averaging a career-low 8.7 yards per catch and hasn’t been the threat Jacksonville envisioned he’d be.

Jaguars head coach Doug Pederson previously did terrific work alongside Zach Ertz in Philadelphia. Pederson is the type of coach and play-caller that understands how to best utilize pass-catching tight ends within his offensive system despite their deficiencies as blockers. Playing under Pederson could get Gesicki back on track.

Starting tight end Robert Tonyan has recorded a team-high 27 receptions for 219 yards and one touchdown. It magnifies Green Bay’s need for better pass-catching options. Tonyan is more of a security blanket (8.1 yards per catch) than a true field stretcher. Perhaps it’s time for general manager Brian Gutekunst to acquire a difference-maker at the position. Gutekunst possesses the financial flexibility necessary to make a play for Mike Gesicki (The Packers have upwards of $7.5 million in cap space, per Spotrac).

Packers quarterback Aaron Rodgers already made a public proclamation that he expects his Packers to be buyers at the trade deadline. The Packers remain in win-now mode with an aging Rodgers under center. Acquiring some pass-catching help would improve the Packers’ chances of achieving their lofty goals this season.