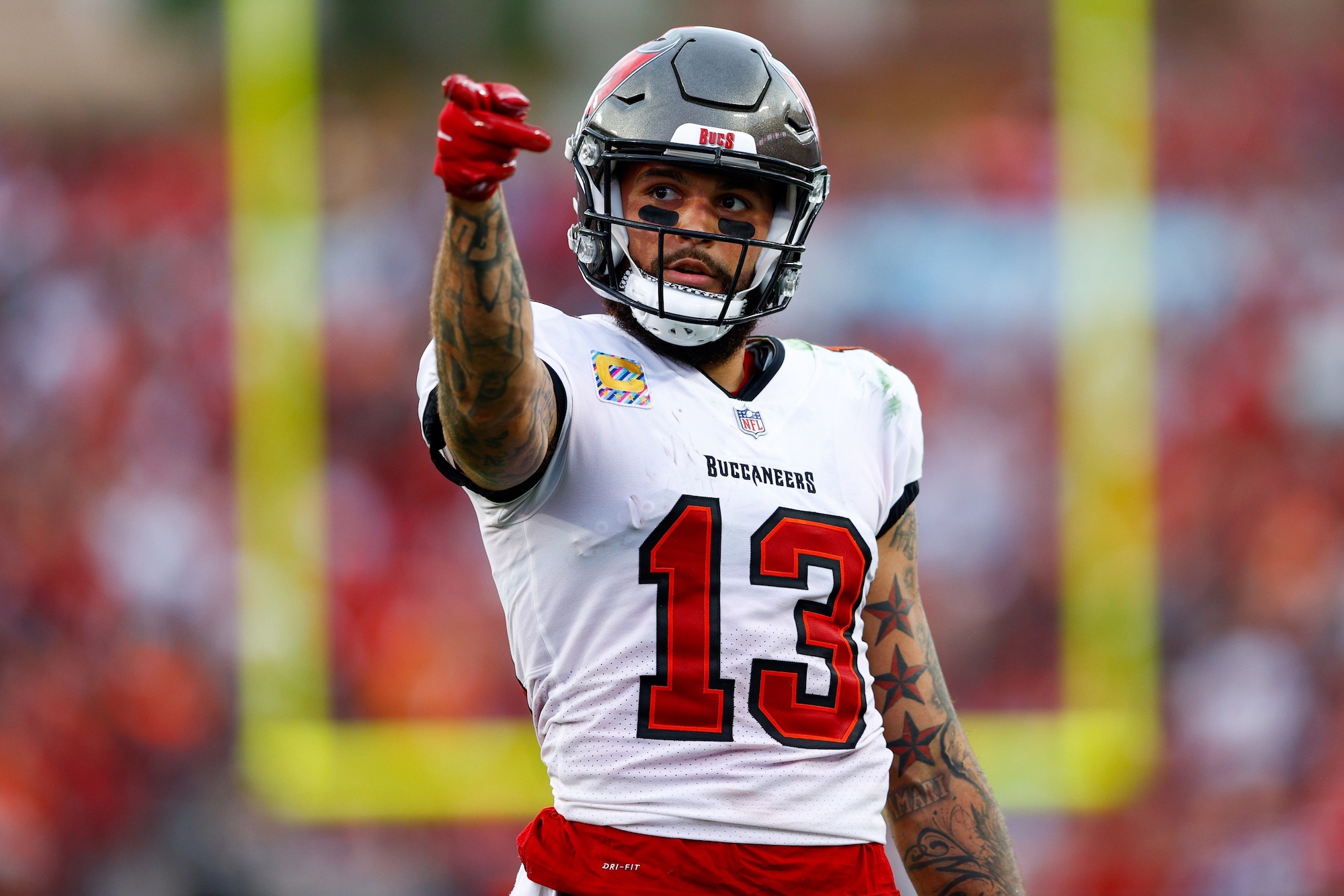 How Big Will Mike Evans’ Next Contract Be?

Tampa Bay Buccaneers wide receiver Mike Evans has been at the top of his position since he entered the league in 2014. He’s amassed at least 1,000 receiving yards every season, setting the NFL record for most consecutive four-digit seasons to start a career. Tampa has made it abundantly clear they intend on keeping their star first-round homegrown talent in the red and pewter and awarded him a second contract with the team in 2018 that keeps him there until 2024. But that shouldn’t stop Evans from paying attention around the league to what wideouts are going for these days.

Deebo Samuel became the latest receiver to ink an ‘unprecedented’ max contract when he signed a three-year extension with the San Francisco 49ers worth up to $73.5 million. It came just a day after D.K. Metcalf signed on with the Seattle Seahawks for three more years and $72 million with a $30 million signing bonus that’s the highest ever for a wideout. A whopping $52.8 million of it is flat-out guaranteed and it works out to about $24 million in annual compensation. These deals come after Christian Kirk of all players got the ball rolling this offseason when the Jacksonville Jaguars single-handedly raised the price of wide receivers by awarding Kirk a four-year, $72 million deal.

To think the contract was done in 2018 seems wild in and of itself. At the time, it was pretty rich, but for a player as dynamic and reliable as Evans, it was a second contract the Buccaneers didn’t lose sleep over doing. With Evans continuing to prove why he’s so important to Tampa Bay’s offense and a Super Bowl victory under his belt, Evans is going to command some serious coin when his deal is up.

More fair comparisons to Evans and his impact in Tampa Bay are probably that of Davante Adams or Tyreek Hill, both of whom changed hands this offseason via trade. Now while the circumstances of their departures and subsequent signings of new deals were a bit different, looking at their contracts can give us a better idea of the ballpark Evans should be aiming for in a couple seasons.

Adams left the team that drafted him (along with the cold and snow) for the dry desert heat in Las Vegas. Upon arrival, he signed a five-year, $140 million deal with his new team, ensuring he stays with his former college quarterback for the foreseeable future. That works out to an average salary of $28 million per year. It also includes more than $62 million in guarantees.
Hill signed an even richer deal with the Miami Dolphins following his departure from Kansas City, agreeing to a four-year deal that pays him $120 million, or an average of $30 million per year. Hill’s contract also includes over $72 million in guarantees with $52.535 guaranteed at signing.

Hill and Adams make up the two-highest paid receivers by annual average in the league, respectively. And Evans should be set to join them—especially when you break down the production.

In fact, the NFL just put up a tweet asking which player has the most receiving touchdowns since 2019. It was coupled with a highlight reel of Evans, who has caught 35 scores in that span. He’s at 75 for his career, thus far. Amassing more than 1,000 yards per season has added up, too. Evans has 606 catches for 9,301 total receiving yards since 2014. Should he continue his trend, that means he’ll get to more than 10,000 receiving yards before his 30th birthday. And would you believe the guy has only been named to four Pro Bowls?

Adams and Evans were part of the same 2014 draft class. Adams, who is widely accepted as one of the league’s elite, took five years to see his first four-digit season. In his career, he’s caught 669 passes for 8,121 yards and 73 touchdowns. Now, I’m no math whiz, but that’s more passes for fewer yards and scores than Evans. Yet, Adams has not only made five Pro Bowls but has now tacked on two All-Pro nods in the past two seasons.

Yes, Adams meant a ton to quarterback Aaron Rodgers and the Green Bay offense, but so has Evans. In fact, you could argue Evans has meant more given the quarterbacks throwing him the ball. In his rookie season, Evans had 1,051 receiving yards and 12 touchdowns with Josh McCown at quarterback. Up until Tom Brady’s arrival in 2020, Evans had Jameis Winston as his quarterback and yet no one was more consistent than the Texas A&M product for this Buccaneers’ offense.

I used to think it was my own biases that led me to believe Evans was the most underrated receiver in the NFL. Now, it’s just the truth. Evans set a new single-season career high with 14 touchdowns last season, catching 74 total passes for 1,035 yards. He deserves to be fully entrenched in the best-receiver-in-the-league conversation and the Buccaneers can solidify that by paying him like one come 2024 or sooner.

Truthfully, Tampa Bay would be wise to sign him to another extension as soon as possible if they want to keep Evans around. He’s going to command top receiver money, which given the current rate of inflation is only going to get higher and higher in this passing league.