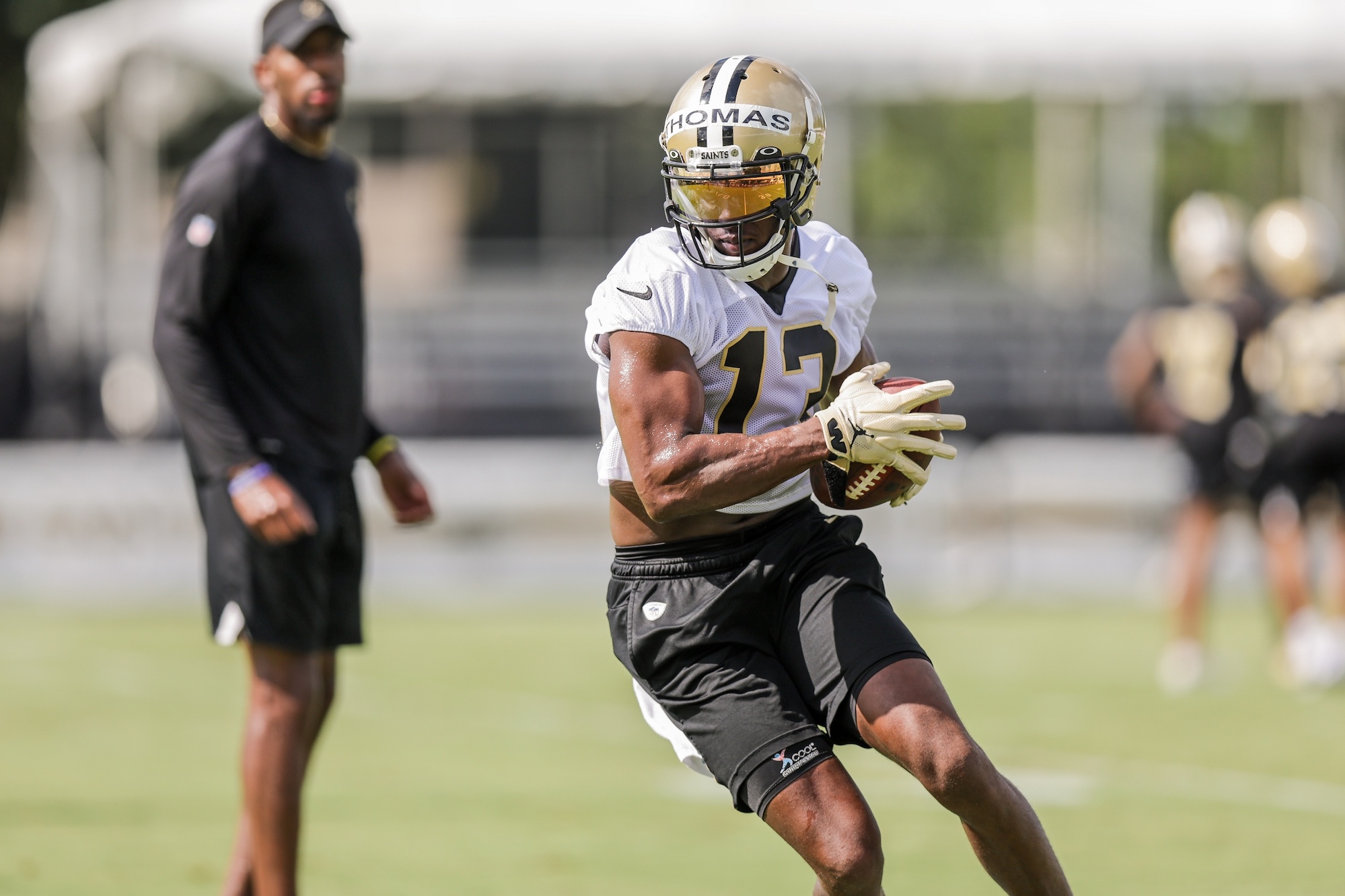 What Are Reasonable Expectations For Michael Thomas In 2022?

New Orleans Saints wide receiver Michael Thomas has officially been removed from the Physically Unable to Perform (PUP) list. Thomas was a participant in Wednesday’s practice and was seen running routes and catching balls during individual and team periods.

It’s excellent news for a Saints offense that has missed Thomas dearly as of late. Thomas appeared in just seven contests in 2020 after suffering a serious ankle injury. An unexpected setback ruled him out for the entire 2021 campaign. His return is a massive boost for the Saints’ offense and he is capable of producing another 1,000-yard receiving campaign in 2022.

The discussion surrounding expectations for Thomas’ return immediately comes into play. Thomas is nearly three full years removed from a historic campaign in 2019 that saw him break the league’s single-season receptions record with 149 catches. That workload had a negative impact on Thomas’ availability, as seen across the previous two seasons. If Thomas manages to stay healthy, the former Ohio State product could enjoy a statistical output that includes something in the neighborhood of 95 receptions for 1,092 yards and six touchdowns.

Such a performance would place Thomas at approximately 11.5 yards per reception, which is right around his career average (11.7).

Saints General Manager Mickey Loomis has done an excellent job ensuring his franchise won’t be overly reliant on Thomas this season. A lack of pass-catching depth previously forced Thomas into the workload that eventually led to his body breaking down. The Saints won’t repeat that mistake.

Loomis drafted former Ohio State wide receiver Chris Olave with a first-round selection in the 2022 NFL Draft. Loomis prioritized upgrading his receiver corps by executing a draft-day trade with the Washington Commanders in order to move up and select Olave. The reinforcements at wide receiver didn’t stop there. The Saints also signed local legend Jarvis Landry following his release from the Cleveland Browns.

The Saints have more depth at receiver than they’ve had in some time. It will be interesting to monitor how offensive coordinator Pete Carmichael Jr. fits both Thomas and Landry into his plans. Both players typically operate out of the slot. Carmichael possesses a brilliant offensive mind. We trust him to move his weapons around the formation and figure it out.

Thomas is too talented to serve as an afterthought in New Orleans’ passing offense. He’ll produce like a standout receiver that commands attention from opposing defenses, but the Saints have enough horses to prevent overloading his plate. Load management is crucial to keeping Thomas healthy and productive. There’s no longer a need to force feed Thomas the ball.

The Saints are looking to improve a passing offense that averaged a league-low 187.4 passing yards per contest last season. The return of starting quarterback Jameis Winston via a newly-minted two-year contract will help. Winston suffered a torn ACL in a Week 8 win over the Tampa Bay Buccaneers. Now healthy and surrounded with more weapons, Winston appears poised to thrive. A healthy Thomas would help Carmichael craft an offense that moves the needle forward, too.

Thomas’ return was welcomed by much fanfare, and deservingly so. New Orleans’ offense is considerably more dangerous with Thomas at its disposal. The Los Angeles, California native may not reach the heights we witnessed in 2018 and 2019, but a productive season looms large for Thomas nonetheless.