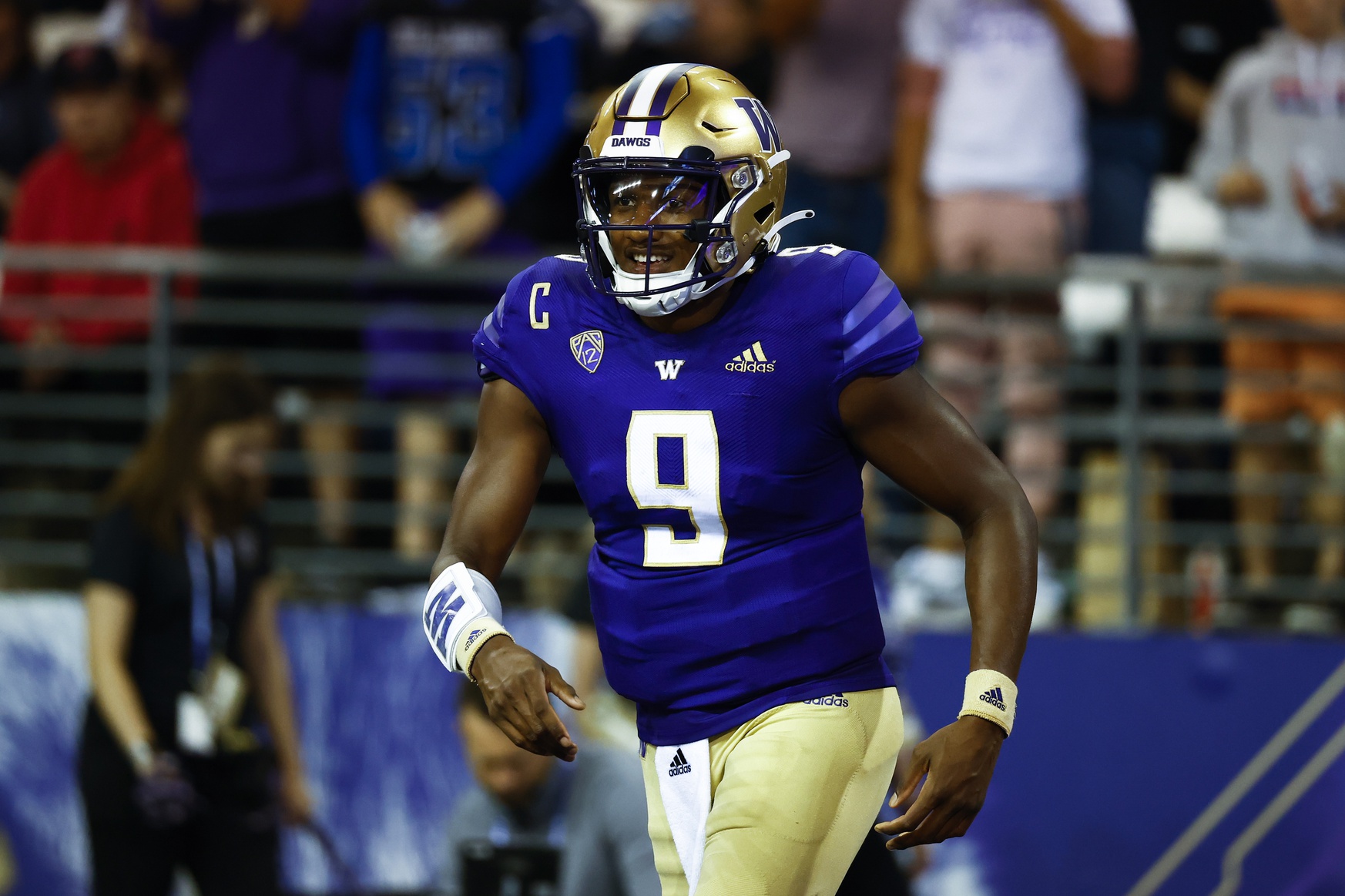 The former leader of the Indiana Hoosiers, quarterback Michael Penix Jr. has undergone a full-blown facelift in his playing career. Following four years in Bloomington—three as the starter under center—Penix Jr.’s arrival to Washington has lifted both his and the Huskies’ performance ceiling this fall.

After a 2021 campaign that saw Dylan Morris handle the reins offensively, Penix Jr.’s arrival this spring kicked off a quarterback battle that lasted deep into the summer months. Once known as a primary pocket passer that failed to move the needle at all for the Hoosiers’ offense, Penix Jr.’s small-school roots and big-time skill set have quickly garnered national attention—and rightly so as the Huskies sit undefeated through three weeks of play. An athlete whose progression and work off the field has seen him produce in waves early this fall, Penix Jr. is a talent that could tout a ton of the tools to become one of CFB’s biggest risers moving into the winter months, and, potentially, the 2023 NFL Draft circuit.

A true junior this fall, Penix Jr. was nothing short of spectacular in captaining the Huskies’ offense in the most recent display of his offensive skill set. Going 24-of-40 through the air for 397 yards and four touchdowns, while his numbers against Kent State and Portland State kicked off the season on the right foot, dominance on the national stage against the No. 11 ranked team in the country is what really raised eyebrows.

10:1 TD/INT through three weeks and he looks like a completely different talent than what he was at IU.

His 11 completions on throws 20+ yards downfield lead all P5 QBs.

While his limited success at Indiana mostly saw him stand tall and deliver within the tackle box, his improved dual-threat ability when provided the opportunity to work on RPOs and on designed bootlegs really begins to widen the frame on the type of talent Penix Jr. could become as Washington heads into conference play. In an offense littered with high-end talent, Penix Jr. has an array of weapons at his disposal each and every week. From former Texas Tech transfer Ja’Lynn Polk to sophomores Rome Odunze and Jalen McMillan, it’s a group to build upon moving forward if Penix Jr. were to return for his senior season.

While his evolving game continues to come into its own, Penix Jr.’s game best exemplifies a true pocket passer that is able to deliver to either side of the formation with velocity and touch with an uber-quick release and good decision-making. While he won’t be compared to the nation’s most electric dual-threat talents in Florida’s Anthony Richardson or Louisville’s Malik Cunningham, it’s an improving part of his game that expands his profile as a prospect.

On the heels of a 4-8 season, Michael Penix Jr. has provided a breath of fresh air into the lungs of the Huskies program. With games against Stanford and UCLA in the next two weeks, the success of the now No. 18-ranked Huskies will remain on the shoulders of their sparkling new addition under center. 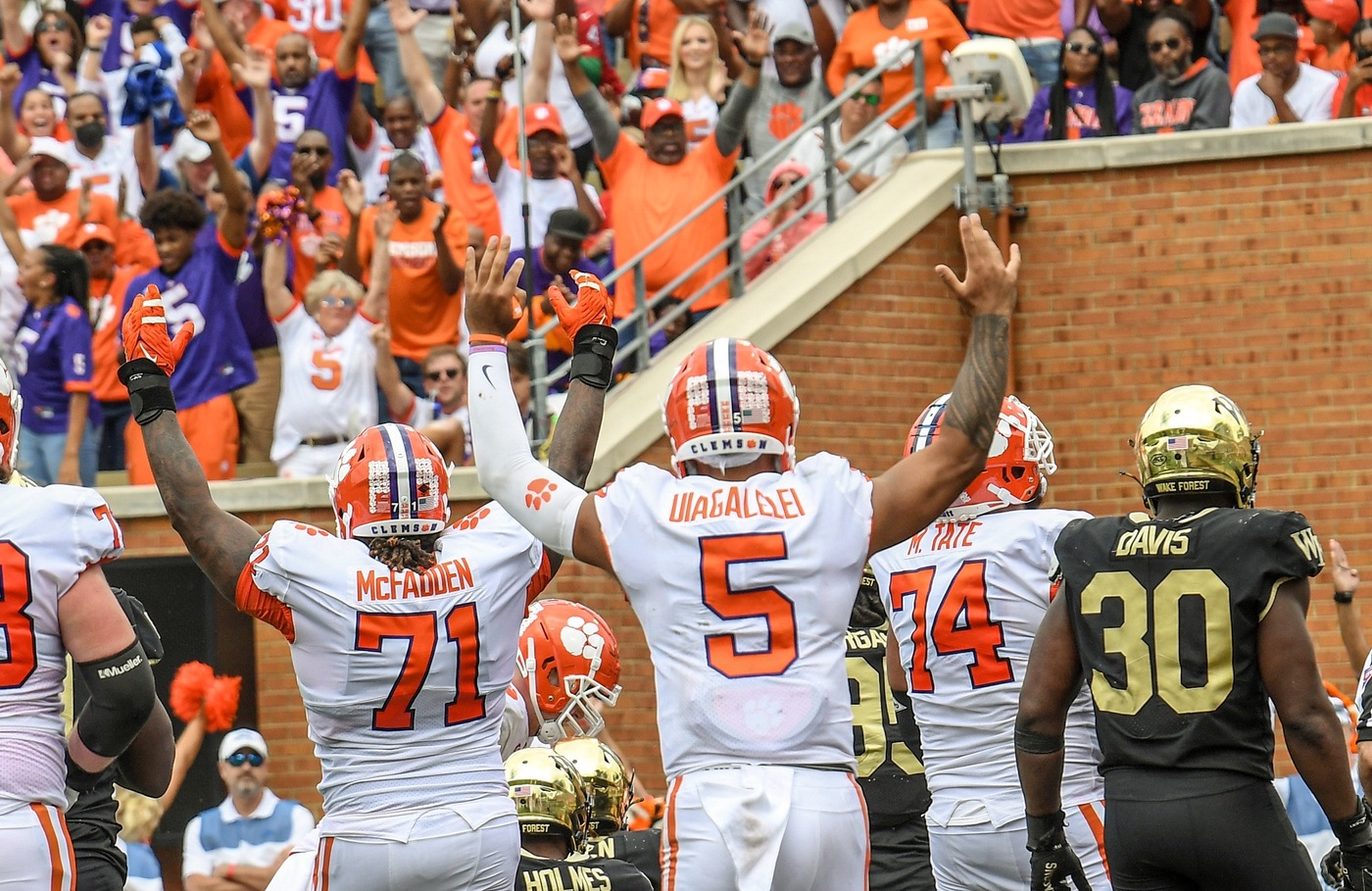