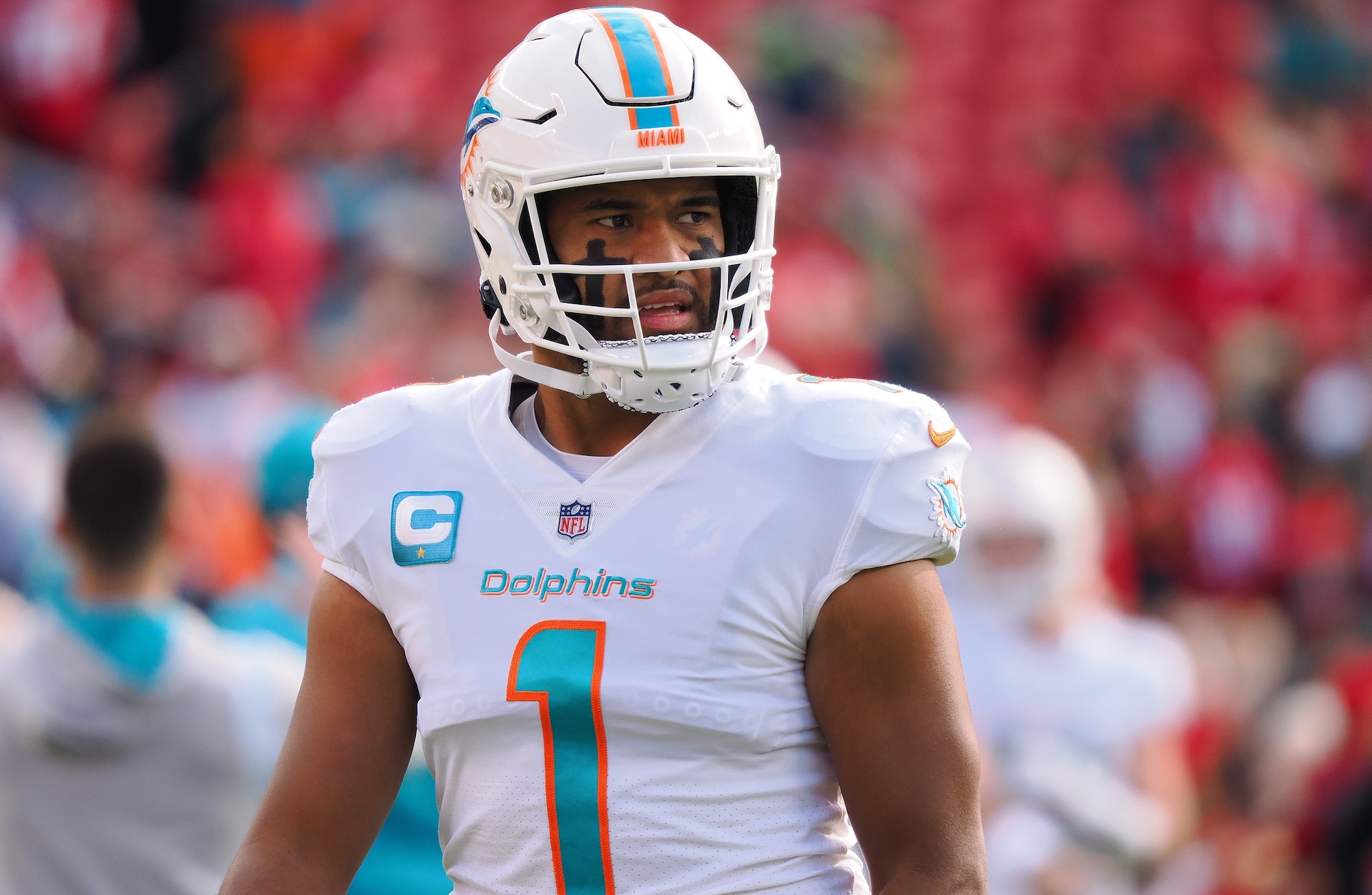 Dolphins’ Struggles: Bump In The Road or Something More?

The Miami Dolphins suffered a difficult defeat to the Los Angeles Chargers on Sunday Night Football. The Dolphins fell 23-17 and relinquished their grip on first place in the AFC East to the Buffalo Bills as a result of two consecutive losses. Several issues were exposed throughout their lackluster showing, but the Dolphins remain a legitimate postseason contender. Their follow-up performances are worth monitoring, but Sunday’s loss is a bump in the road until proven otherwise.

Starting quarterback Tua Tagovailoa struggled mightily. Tagovailoa completed just 10-of-28 passing attempts for 145 yards, one touchdown, and one interception. Tagovailoa’s 35.7% completion percentage was the lowest mark of his three-year career (minimum qualifiers). Tagovailoa was ineffective, which hasn’t been the norm for him this season.

The Dolphins went 3-of-11 on third-down attempts and failed to consistently move the chains in crucial situations. Miami rushed for under 100 yards (92) and netted just 219 yards. The Dolphins possessed the ball for just twenty minutes (20:22) and punted on seven occasions. Brandon Staley’s defense held Tagovailoa and the Dolphins’ typically high-octane offense in check.

Staley’s defense ran Cover 2, Cover 6, or 2-Man looks against the Dolphins on 12 obvious dropback situations (second-and-long or third-and-obvious), per TruMediaSports. Tagovailoa completed just 2-of-10 passing attempts for 21 yards on such defensive looks. The Dolphins achieved one first down and Tagovailoa was sacked twice. Upcoming opponents will almost certainly copy this defensive blueprint until the Dolphins prove they can counteract these coverages.

Miami’s offense is still averaging 367.8 total yards of offense per game. They’re the seventh-ranked offense in that department. It places them in the company of other postseason contenders such as the Buffalo Bills (397.1), Philadelphia Eagles (392), and Cincinnati Bengals (371.7). Miami has proven its contention status by picking up victories against the Bills and Baltimore Ravens this season.

If there’s one area the Dolphins can improve in, it’s fielding an improved rushing attack. The Dolphins are averaging a 29th-ranked 89.8 rushing yards per game. Miami’s anemic rushing attack has been an unexpected development given McDaniel’s appreciation for the run game and previous experience as Kyle Shanahan’s run game coordinator. The Dolphins have also invested a ton into the running back position over the past few months. They signed (and later traded away) Chase Edmonds. Raheem Mostert is now partnered with Jeff Wilson Jr., who was acquired from the 49ers at the trade deadline.

While Dolphins fans should still maintain faith in their current standing, Miami’s defense also has some questions to answer. They’re allowing 350.8 (20th-ranked) total yards of offense per contest. Miami’s defense has been especially susceptible to the pass, having given up 242. passing yards per outing. Their scoring defense ranks 22nd in the league (24.0/game).

Miami will possess an opportunity to right the ship via this weekend’s road contest against the Bills. A victory would complete a season sweep of their main divisional rivals. A third consecutive defeat would see the chatter of Miami’s latest downward trend continue.

A loss would add additional pressure, particularly with the New England Patriots (7-6) and New York Jets (7-6) trailing the Dolphins by a single contest. The Dolphins end their season with contests against the Patriots and Jets in Weeks 17 and 18. Playoff implications will be at stake.

The 8-5 Dolphins are currently experiencing the most turbulent stretch of their 2022 campaign. Their mental toughness has been tested. How the Dolphins respond to adversity is worth monitoring. Their high-scoring offense indicates they’ll be fine. They control their own fate in one way or another.