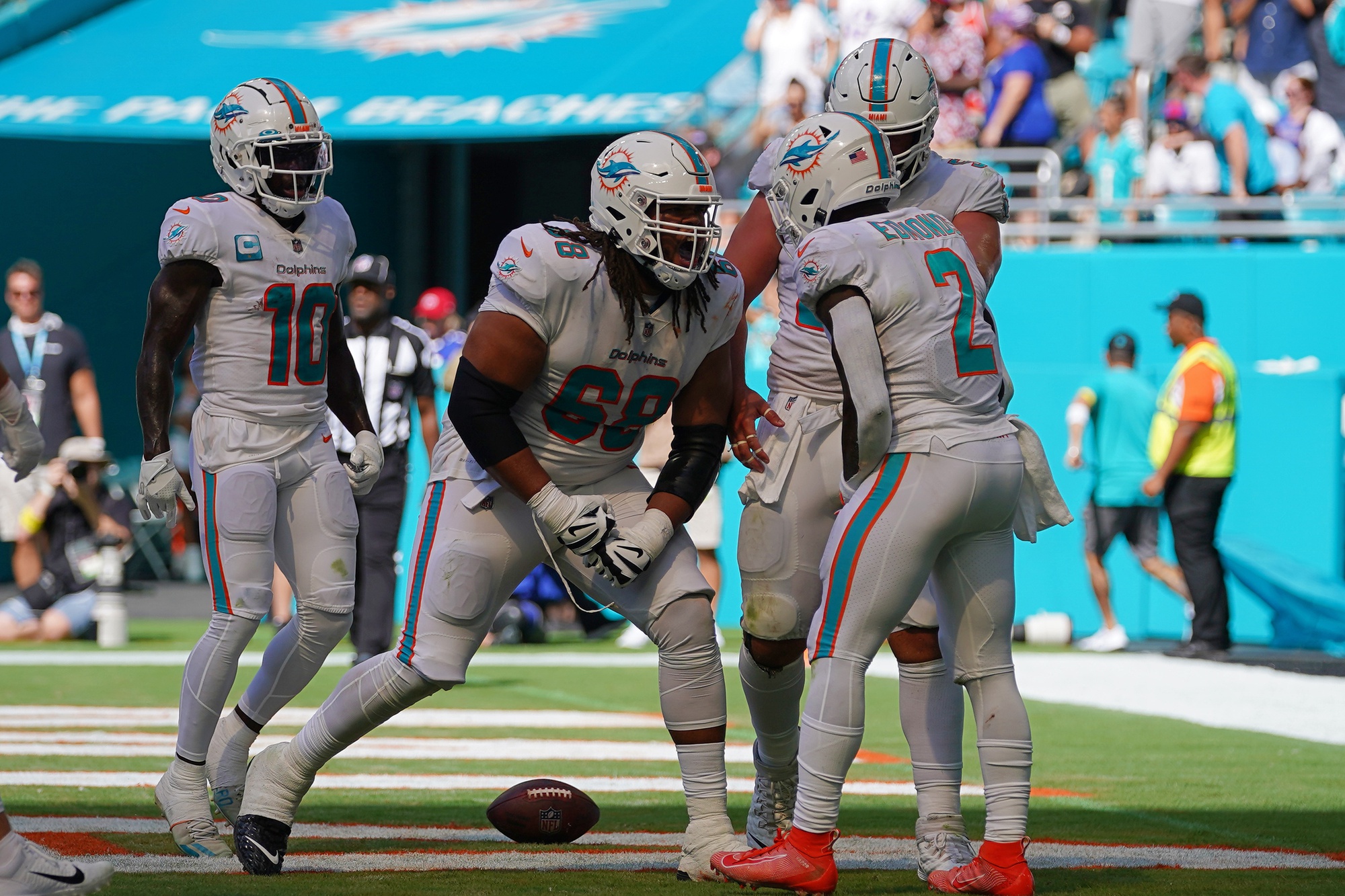 Dolphins Can Put NFL On Notice vs Bengals

The Miami Dolphins secured an emotional victory over the Buffalo Bills in Week 2. Prior to Sunday’s thrilling three-point triumph, the Dolphins hadn’t defeated their arch-rival Bills in nearly five campaigns (seven consecutive losses). Sunday’s win maintained the Dolphins’ perfect record through three contests. It represents their first 3-0 start since 2018.

NFL teams that begin 3-0 possess a 76% chance of qualifying for the postseason, per NFL analytics. So, why do the Dolphins have to defeat the Cincinnati Bengals on Thursday to prove their legitimacy?

Thursday’s game against the Bengals feels primed for a Dolphins letdown. It’s a classic trap game on a short week of preparation following a sensational win over a Bills squad that had embarrassed the Dolphins in recent meetings. Even the oddsmakers are favoring Cincinnati (BetOnline lists the Bengals as 3.5-point favorites) despite the Dolphins clearly outplaying the Bengals up to this point. It’s a storyline that provides the Dolphins with an opportunity to prove themselves as playoff contenders.

The Bengals have disappointed thus far, but they remain the defending AFC champions until they’re officially dethroned. A loss wouldn’t be overly damning for Miami, but a victory would send another fierce message around the league following their takedown of the perceived Super Bowl favorites. The Dolphins are legit.

The Dolphins are entering Thursday’s contest with tangible adversity. Starting quarterback Tua Tagovailoa was listed as questionable with ankle and back injury designations. Tagovailoa is expected to play, according to Thursday morning’s reports. Meanwhile, the NFLPA continues to investigate Tagovailoa’s reentry into the Bills game following what appeared to be a potential concussion. In a game littered with intriguing storylines, the oft-injured Tagovailoa has an opportunity to continue shedding the dreaded “injury prone” label by playing four excellent quarters.

Tagovailoa isn’t Miami’s lone injury concern. Sophomore wide receiver Jaylen Waddle is expected to play through a groin injury. Waddle has been electric this season while appropriately building on a record-setting rookie campaign. Waddle has recorded 19 receptions (12th in the league) for 342 receiving yards (second) and three touchdowns (second). Waddle is Pro Football Focus’ highest-graded receiver (94.9) against single coverage this season. His presence in the lineup places the Bengals’ secondary on notice.

The Dolphins are better than the Bengals in nearly every meaningful statistical output. Offensively, they’re outscoring the Bengals by nearly a touchdown (27.7 to 21.3). They’re averaging approximately 50 more passing yards per contest (291.3 to 241.7). The Bengals possess a slight edge defensively, allowing 18.3 points per game versus Miami’s mark of 21.3.

Additional metrics favor the Dolphins, too. Miami is +2 in the turnover department. The Bengals are a -1. Bengals quarterback Joe Burrow has been sacked on a league-high 15 occasions. It’s a concerning fact given the offseason investments made into Cincinnati’s offensive line. Burrow was sacked a league-high 70 times during the regular season and postseason combined last season. For comparative purposes, Tagovailoa has only been sacked five times this season. It’s an excellent matchup on paper for a hard-nosed Dolphins front seven that features quarterback hunters such as Melvin Ingram and Jaelan Phillips.

Every statistical indication favors the Dolphins. Only the classic mental gymnastics suggest Bengals. The Dolphins can seize a golden opportunity by overcoming what the general public perceives to be an impending letdown.