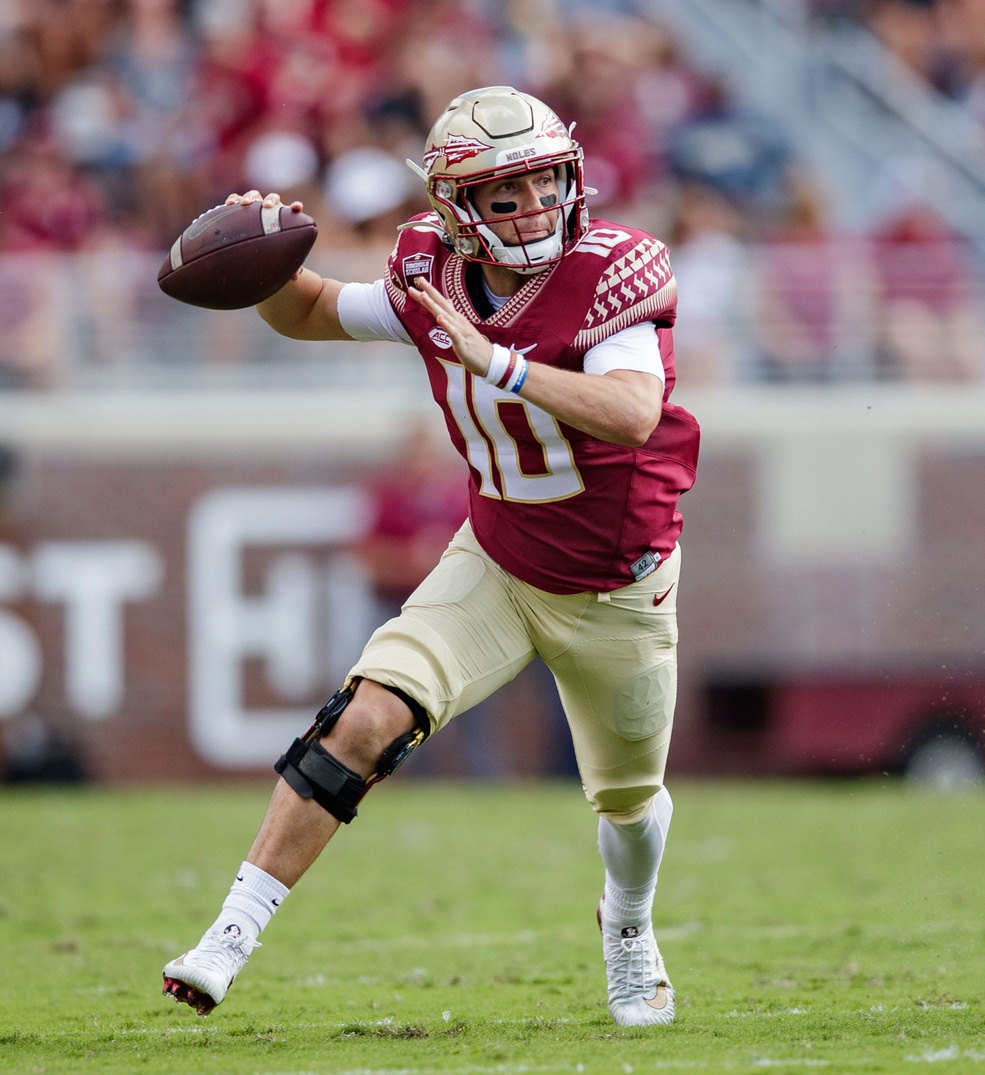 McKenzie Milton Is Back And Should Be On Your Radar

There have been a lot of great comeback stories in football this year—particularly at the NFL level—with Dallas Cowboys quarterback Dak Prescott returning from a compound ankle fracture and dislocation and Cincinnati Bengals passer Joe Burrow returning from last year’s season-ending knee injury that required reconstructive surgery. But one that hasn’t received quite the same level of recognition as those have is the comeback story of quarterback McKenzie Milton, who is largely projected to be an undrafted free agent in the 2022 NFL Draft. Milton hasn’t put up nearly the numbers or performance of those two, but the fact he was able to continue playing football after suffering a gruesome leg injury late in the 2018 season is nothing short of a miracle itself. Milton’s right leg almost had to be amputated after the hit he suffered in that 2018 season caused artery and nerve damage, a dislocation of his knee, a lack of blood flow, and torn ligaments and tendons. Milton started his career at UCF, where he had a standout 2017 season that showcased the level of promise he has as a quarterback. He completed more than 67% of his passes for more than 4,000 passing yards with 37 touchdowns and nine interceptions to go with over 600 rushing yards and eight touchdowns on the ground. After five years with the program, Milton transferred to Florida State, where he started four games, completing just over 58% of his passes with three touchdown passes. While it wasn’t exactly a standout season to add to his resume looking at him from the perspective of a player preparing to enter the draft, there were some highs in there—even though any movement in a positive direction for Milton after all he’s been through could be considered a high. Perhaps his best moment came in a relief showing when he saw action against the then-No. 9-ranked Notre Dame Fighting Irish. He helped the Seminoles force overtime, even though the team went on to lose that game, 41-38. So, aside from how incredible the way Milton has defied the odds to this point, what does the quarterback who recently took part in the Hula Bowl being to the table moving forward? There’s no sure guarantee that Milton will get a legitimate shot to compete for a spot with a team at the NFL level given the obvious injury history and him not being able to get into a favorable situation to make a notable impact after that breakout 2017 season. But if he’s given a good look, this is very much a developmental prospect who could do things through both the air and on the ground. Milton didn’t look half-bad regardless of how you look at it in his return after nearly three years, throwing four accurate, well-placed consecutive passes in a touchdown drive. In addition to his efficiency as a passer, his ability to improvise and extend plays was also something that was on display and has been apparent at several points earlier on in his career. https://twitter.com/espn/status/1434712389497262083?s=21 https://twitter.com/legerdouzable/status/1043316952733835264?s=21 Milton finished his college career with a completion percentage of over 61% with 9,458 yards, 75 touchdowns, and 28 interceptions. Whether or not Milton gets a true chance remains to be seen, but he’s certainly earned the right to fight for one. Despite all he’s been through and just how low the lows have been, he still has the potential to develop into at least a competent backup with time and has a lot of assets that seem to have been forgotten about and buried in the story of his long road to recovery.