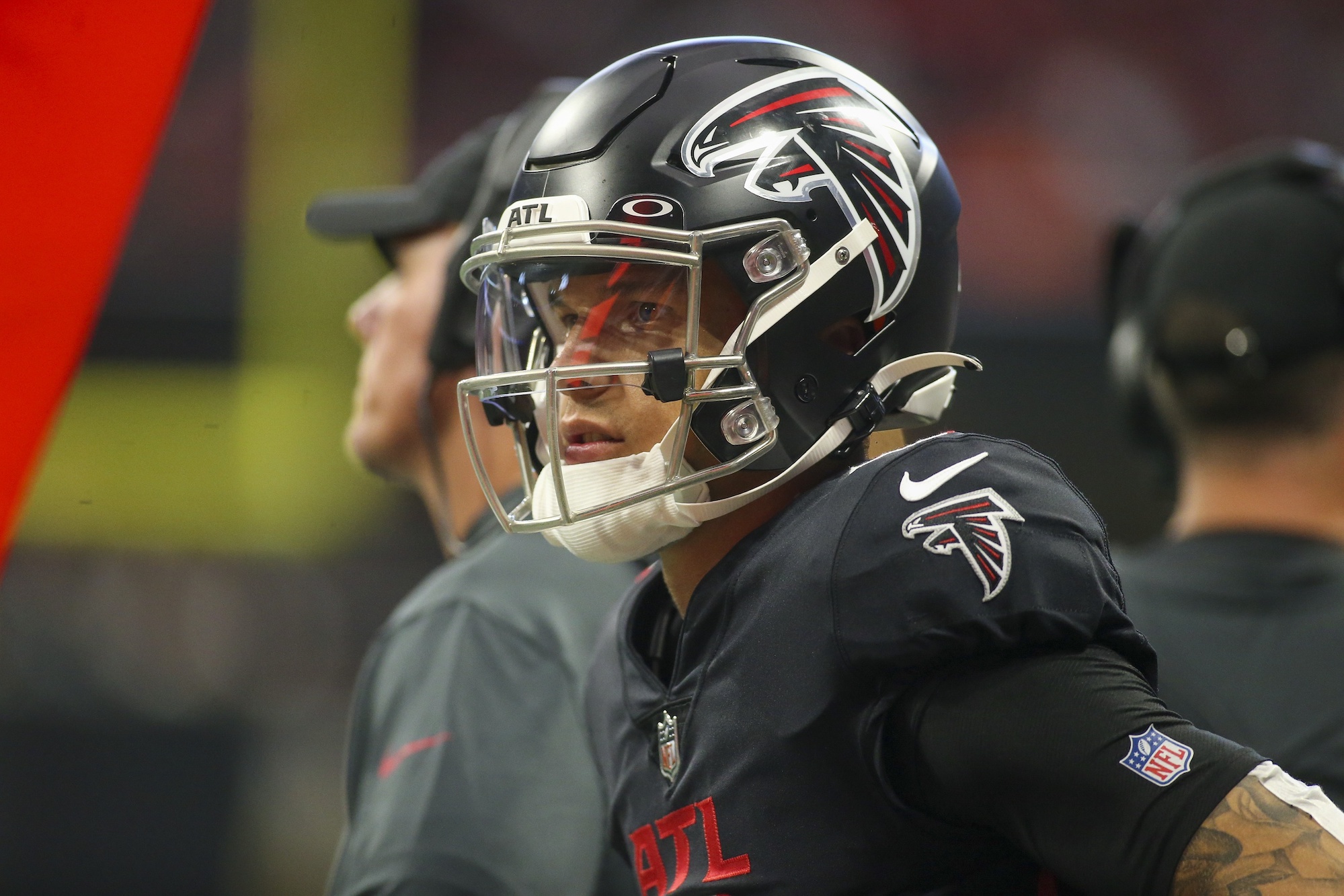 Is It Finally Time For Falcons To Start Desmond Ridder?

Mariota was worse than his stat line indicates. He made multiple ill-advised decisions and the Panthers dropped numerous would-be interceptions.

Mariota was skittish in the pocket while taking five sacks. He oversaw a Falcons offense that managed under 300 yards of total offense against a Panthers squad that’s competing for the No. 1 overall selection in the 2023 NFL Draft. The Falcons averaged a pedestrian 4.9 yards per offensive play. They were 3-of-11 on third downs and 0-2 on critical fourth downs. The Falcons punted on five occasions. Mariota isn’t capable of successfully spearheading Arthur Smith’s offense—maybe Ridder is?

Atlanta’s passing offense is now averaging 156.8 yards per contest. They’re the 30th-ranked unit across the league. It’s worth acknowledging the 31st-ranked Tennessee Titans have taken a statistical hit in this department with raw rookie quarterback Malik Willis under center for two consecutive weeks. The Titans will likely surpass the Falcons once Ryan Tannehill returns. The 32nd-ranked Chicago Bears are beginning to flourish under Justin Fields. The Falcons may drop further down the rankings.

Mariota has obviously been at the forefront of Atlanta’s passing-game struggles. Through 10 contests, Mariota has now completed 143-of-231 passing attempts (61.9% completion percentage) for 1,747 yards, 12 touchdowns, and seven interceptions. The dual-threat quarterback has added 347 rushing yards and three touchdowns via 63 carries. Mariota holds an adjusted quarterback rating of just 59.3, via ESPN Stats & Info.

Mariota is failing to take full advantage of Kyle Pitts and Drake London. A dynamic tight end, Pitts has inexcusably been held to 28 or fewer receiving yards on an astounding seven occasions this season, including on Thursday. London has met a similar fate. The former USC standout has been held to 54 receiving yards in seven consecutive games and has yet to have a 100-yard single-game showing. Atlanta’s top-two receiving threats should be enjoying more success. Perhaps they would with Ridder at the helm.

The two-year contract Mariota signed with the Falcons in the offseason worth a potential total of $18.750 million was essentially a one-year deal with a team option for a second season. Mariota’s base salary and cap hit jumps from $1.750 million and $4.250 million respectively in 2022 to $9 million and $14.5 million in 2023, via Spotrac. It’s difficult to envision Falcons general manager Terry Fontenot possessing an interest in retaining Mariota’s services. This partnership will likely reach its conclusion in the offseason.

Atlanta’s postseason hopes took a serious hit on Thursday. The previously 4-5 Falcons remained in contention for the NFC South or a potential wild-card berth. Thursday’s showing proves the Falcons remain a rebuilding squad that’s facing a long road to recovery while dropping to 4-6.

Mariota was always viewed as a short-term bridge-type option. He’s no longer benefiting their offense. Mariota is unlikely to return to the Falcons in 2023. Smith should make a quarterback change by handing the reins to Desmond Ridder.