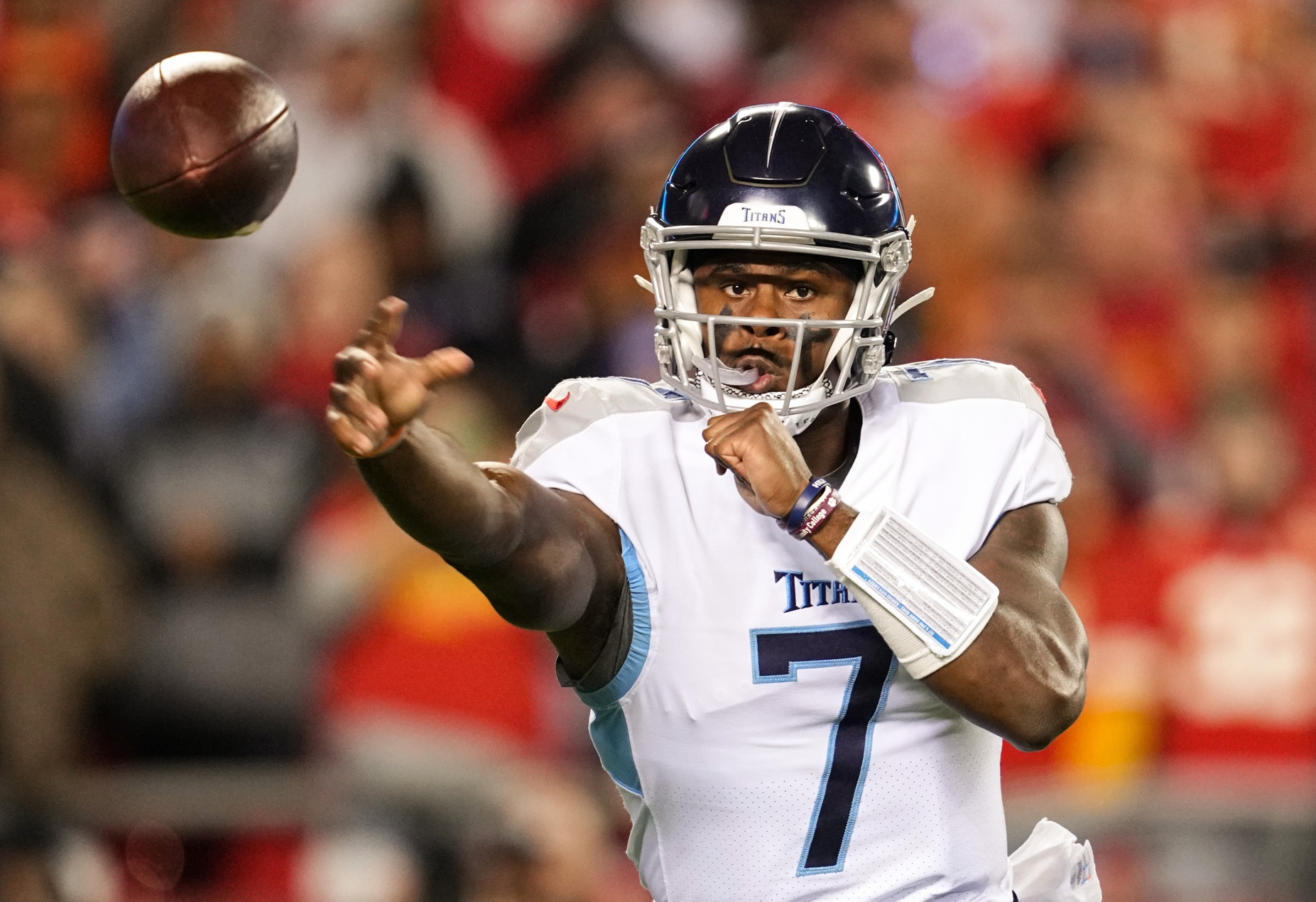 The No. 86 overall selection in the 2022 NFL Draft, Willis added 40 rushing yards via eight attempts. Titans offensive coordinator Todd Downing crafted a game plan that better utilized Willis’ athletic ability compared to his first start last Sunday, a dominant victory over the Houston Texans in which Willis was asked to do very little. RPO-based carries and passing attempts got Willis outside the tackle box with more frequency. Willis was still protected in the second half as the Titans nursed an eight-point lead and looked to limit opportunities for turnovers.

Willis was considerably more decisive and accurate when afforded attempts to drop back compared to last week. He was often let down by a lackluster receiving corps that dropped opportunities. Chris Conley couldn’t haul in a well-thrown shot down the right sideline. A well-placed back shoulder deep ball to Austin Hooper fell incomplete while the Titans called for pass interference. Nick Westbrook-Ikhine couldn’t make a contested catch at a crucial moment in the second half. You’re beginning to see a theme emerge.

The Titans trotted out just four active receivers. That less-than-desirable group consisted of Westbrook-Ikhine, Conley, blocking extraordinaire Cody Hollister, and Robert Woods, the latter of which shockingly wasn’t targeted. Willis didn’t complete a single pass to a wide receiver throughout his five-quarter effort against the Chiefs. All of Willis’ completions went to running backs and tight ends, including a drive-opening 48-yard completion to fellow rookie Chigoziem Okonkwo. Tennessee became the fourth team in history to achieve such an embarrassment since 2000.

Willis was once again more of a spectator than an active participant. Running back Derrick Henry. rushed for 115 yards and two touchdowns on 17 carries (6.8 yards per carry). Tennessee’s offensive game plan was understandably a conservative one that looked to utilize Henry to control the clock and keep Patrick Mahomes on the sidelines.

Willis wasn’t perfect, however. Willis took an ill-advised sack on a 2nd-and-9 during Tennessee’s lone overtime possession that killed their opportunity to tie or win the contest. It appeared Tennessee called a peculiar three-man deep route, but another look confirms the Titans were attempting to set up a screen to tight end Geoff Swaim, who didn’t have a Chiefs defender within five yards.

Swaim was slightly late to release, but Willis unnecessarily exited the pocket and took a sack instead of pulling the trigger or dirting the ball at Swaim’s feet. It became third-and-21 and effectively curtains. Willis’ decision-making and willingness to patiently go through his progressions remain in the developmental stage.

The Titans need pass-catching help in a major way. Rookie first-round pick Treylon Burks is eligible to come off IR this week and should instantly become Tennessee’s No. 1 receiver upon his return. Fellow rookie receiver Kyle Philips should reclaim his role as the starting slot receiver when he too returns off IR shortly.

Tannehill will soon return from injury. Evaluating Willis ahead of the 2023 campaign has been crucial for a Titans franchise that may consider moving on from Tannehill at the conclusion of the season. Unfortunately, a lackluster supporting cast has significantly muddied Tennessee’s apparent short-term opportunity to truly evaluate Willis as their potential quarterback of the future.