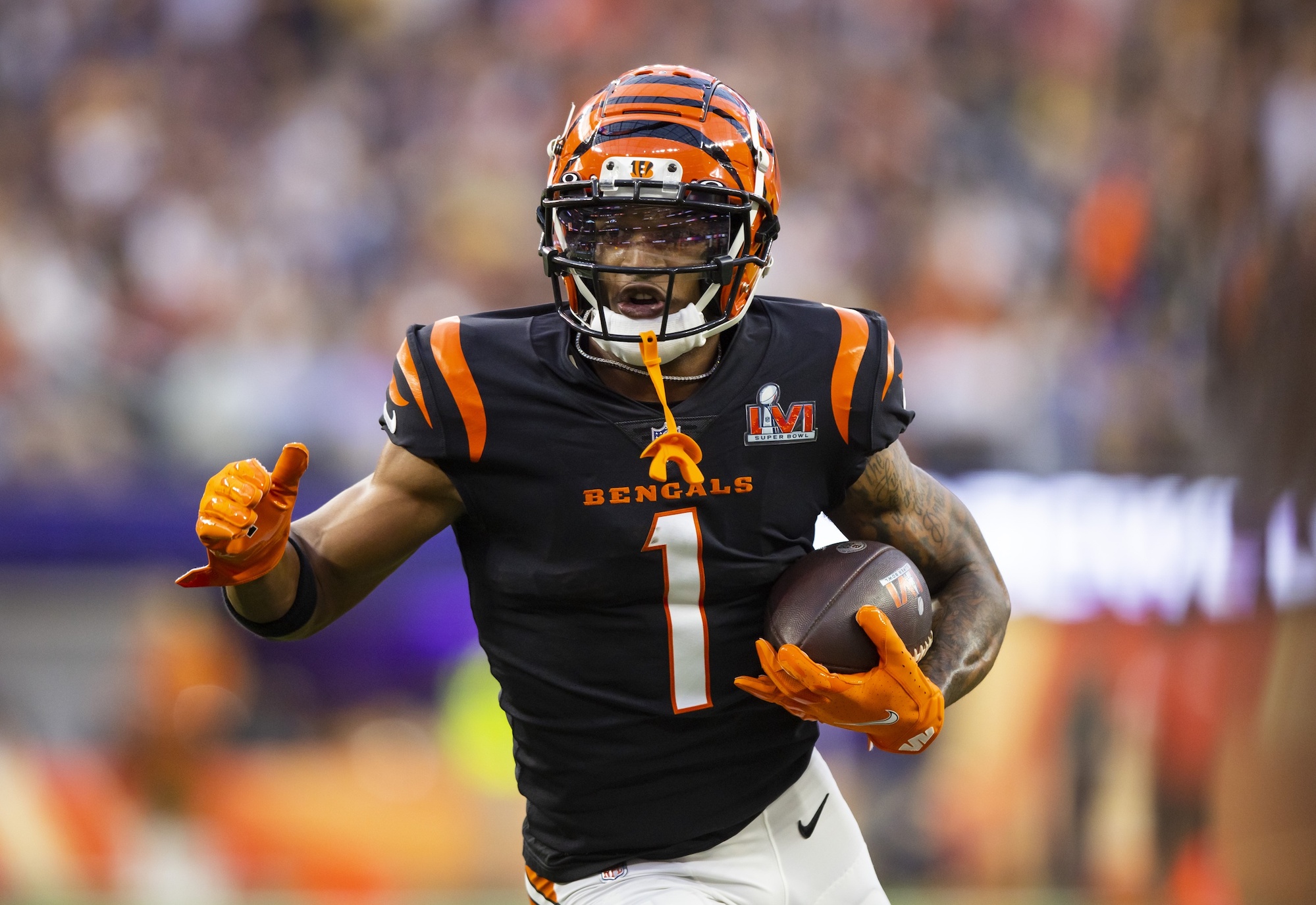 Madden 23 Ratings: These WRs Are Rated Too High & Too Low

Now that the Madden 23 launch ratings for the WR position have been released, here are 3 players whose ratings are too high and three that are too low.

Arizona Cardinals wide receiver DeAndre Hopkins is undeniably one of the game’s most effective receivers when healthy and available. The thing is, Hopkins wasn’t very available in 2021, and 2022 will unfortunately welcome more of the same. Hopkins recorded a career-low 572 receiving yards last season while hamstring and knee injuries limited him to 10 regular-season appearances. Hopkins was suspended for the first six games of the 2022 regular season for violating the league’s NFL Performance Enhancing Drug policy. Rating Hopkins as a top-four receiver just seems rich at this point.

The Madden decision-makers are probably playing things safe with Ja’Marr Chase, but we’d advise them to run wild with his rating. Chase’s rookie season was a revelation. The No. 5 overall pick in the 2021 NFL Draft, Chase seized his opportunity to thrive to the tune of 81 receptions, 1,455 receiving yards, and 13 regular-season touchdowns. We fully expect Chase’s ascension into becoming a top-three receiver in the NFL to continue in 2022. We respect the wait-and-see approach taken here, but Chase is different and should be treated accordingly.

We’re well removed from Michael Thomas‘ historic 2019 campaign that saw the former Ohio State product record 149 receptions for 1,725 yards and nine touchdowns. That workload seemingly took a toll on Thomas’ body. Thomas was limited to just seven games and 40 receptions in 2020. A setback suffered during recovery from offseason ankle surgery surprisingly ruled Thomas out for the entire 2021 campaign. This favorable rating feels like Madden’s decision-makers are awarding Thomas with a grace period following how disastrous the last two seasons have been.

We’re not sure what Deebo Samuel had to do in order to break the 90 rating barrier. San Francisco 49ers Head Coach Kyle Shanahan fully unlocked Samuel by developing him into the most feared dual-threat offensive weapon across the entire league. As a receiver. Samuel totaled 77 receptions for 1,405 yards and six touchdowns. As a ball-carrier, Samuel accounted for an additional 365 yards and eight touchdowns. Samuel described himself as a “wide back” en route to earning his first Pro Bowl appearance and All-Pro honors in 2021. Samuel is rated far too low based on last season’s performance.

The soon-to-be-32-year-old Adam Thielen began showing his age in 2021. Although still a solid No. 2 receiver, Thielen is no longer the receiver that recorded 1,000-plus receiving yards in back-to-back seasons in 2017 and 2018. Recurring ankle injuries held Thielen to 13 contests and 726 receiving yards last season. The aging Thielen has taken a backseat to Vikings superstar receiver Justin Jefferson, who could threaten to earn the league’s triple crown in 2022. Thielen is still a game-changer on his best days, but a rating in the mid-80s would feel more appropriate.

Panthers wide receiver D.J. Moore may be the most underrated receiver in the league. Moore is an unfortunate victim of a less-than-desirable situation around him. Moore continues to produce big-time numbers despite playing for a Carolina franchise that’s struggled to identify and secure a franchise quarterback. Moore has been forced to catch passes from an abundance of below-average quarterbacks throughout his four-year tenure in Carolina, including Sam Darnold, Teddy Bridgewater, P.J. Walker, and Cam Newton, to name a few. It hasn’t stopped Moore from producing three consecutive 1,000-plus yard seasons. Moore’s 93 receptions in 2021 were a career-high mark. Moore recently signed a three-year, $61.9 million contract extension with the Panthers through the 2025 season. His Madden 23 rating should be at least a 90.