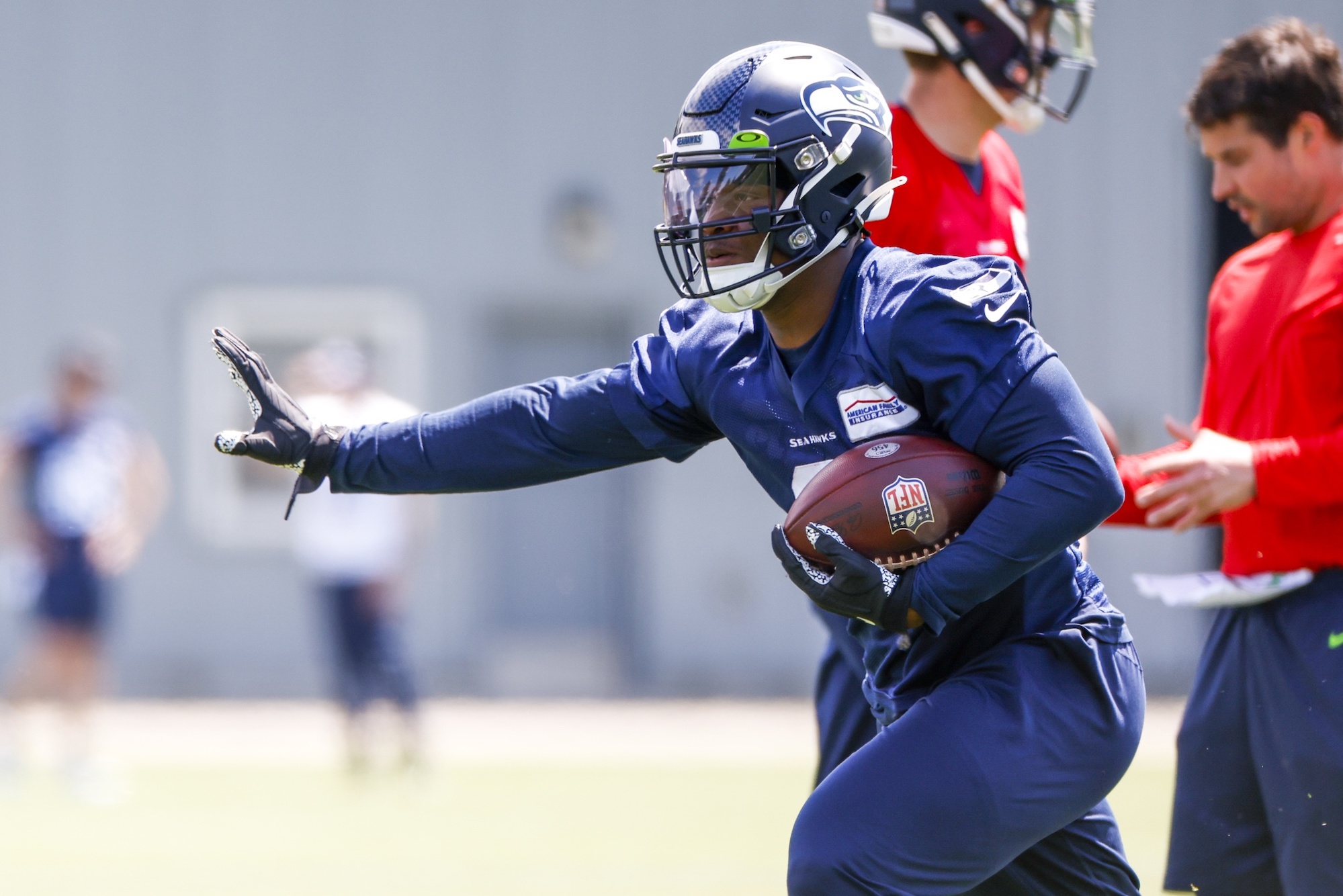 Opportunity is often half the battle. Arguably no rookie running back landed in a more favorable situation than Dameon Pierce. The former Florida Gator was drafted by the Houston Texans and has a realistic path to becoming Houston’s lead ball carrier in 2022. Pierce shares a depth chart with veteran running back Rex Burkhead, who’s well past his prime, and the oft-injured reclamation project of Marlon Mack. Royce Freeman isn’t going to push Pierce for carries, either. Roughly five rookie running backs are rated higher in Madden 23 than Pierce is. Pierce has the potential to be the most productive rookie back.

Analysts were somewhat surprised when Commanders General Manager Martin Mayhew drafted former Alabama running back Brian Robinson Jr. with the No. 98 overall selection in the 2022 NFL Draft. That pick arrived just two drafts after Antonio Gibson was also selected in the third round. Furthermore, passing-down back J.D. McKissic re-signed with the Commanders after initially verbally agreeing to a deal with the Buffalo Bills earlier this offseason. Robinson is ranked as a top-five rookie back in Madden 23. While we remain high on his future outlook, Robinson is going to spend the 2022 season waiting in the wings behind Gibson and McKissic.

We’re splitting hairs. Kenneth Walker III is the highest-rated rookie running back in Madden 23 at 77 overall. It still feels a tad low on Walker. Whether it’s Drew Lock or Geno Smith at quarterback, the Seahawks are going to run the ball with terrific volume this season. Chris Carson continues to deal with last season’s neck issue and the returning Rashaad Penny has yet to make it through an entire season healthy. Rookie draft pick Charles Cross will help upgrade Seattle’s run-blocking efforts. Depending on how this backfield shakes out, Walker could flirt with 1,000 rushing yards.

Isaiah Spiller was one of our highest-ranked running backs in the 2022 NFL Draft. Chargers General Manager Tom Telesco got an absolute steal when he drafted Spiller with the No. 123 overall pick in the fourth round. His first-year outlook is a bit more precarious with the presence of dual-threat superstar Austin Ekeler, however. Joshua Kelley and Larry Rountree III are also in the mix. Spiller carries the potential to form an exciting one-two punch alongside Ekeler in the Chargers’ backfield, but his rookie workload in a pass-heavy offense that’s loaded at running back remains in question.

Breece Hall avoided a potential holdout on Tuesday, signing his four-year rookie contract in time to report to Jets training camp. The Jets drafted Hall with a vision in mind that he’ll become their early-down back immediately. Sophomore ball-carrier Michael Carter is expected to receive the third-and-obvious passing down work while forfeiting carries to Hall. Hall is an excellent fit for the Jets’ zone-based running scheme. Hall should have no physical or mental limitations once the regular season begins. Hall’s rating in Madden 24 has the potential to skyrocket.

49ers Head Coach Kyle Shanahan loves running backs. One of the biggest mid-round surprises occurred when the 49ers drafted Tyrion Davis-Price in the third round just one year after selecting Trey Sermon in the same round. Davis-Price is joining a loaded 49ers backfield that not only features Sermon but Elijah Mitchell and Jeff Wilson Jr. as well. Mitchell was a revelation as a rookie, and Wilson is a Shanahan favorite. Shanahan runs a running-back-by-committee approach, but there’s too much clutter here for Davis-Price to earn one of Madden 23’s top ratings among rookie running backs.