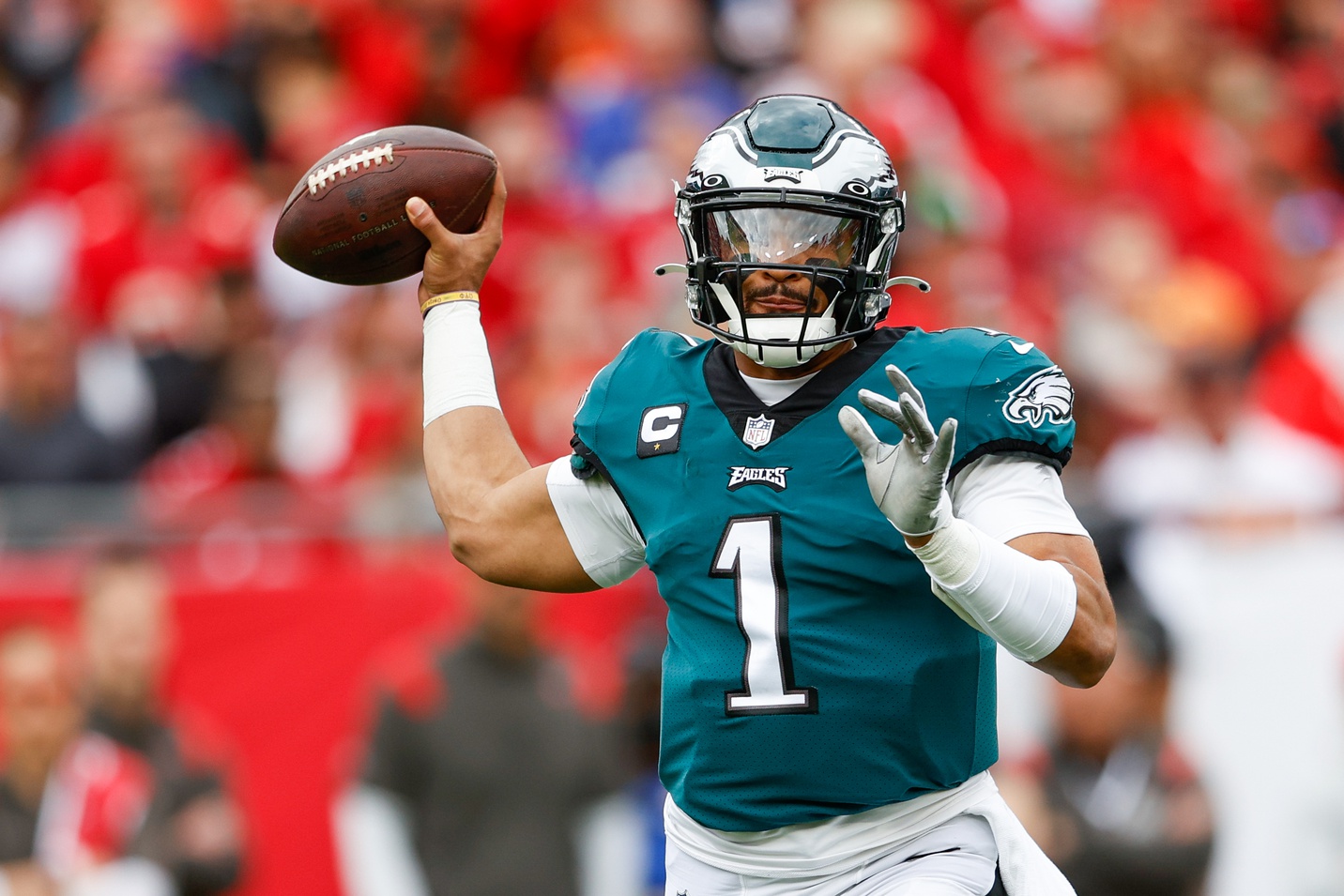 Madden 23 Ratings: These QBs Are Rated Too High & Too Low

It’s rare you’ll see us argue a 92 overall rating is too low for a player, but for Bills superstar quarterback Josh Allen, it feels underrated. The former Wyoming signal-caller broke out of his shell in 2020 by throwing for a career-high 4,544 yards and 37 touchdowns. Allen followed that up with another elite performance, even if his overall numbers took a slight step backward. The Bills are annual Super Bowl contenders due to Allen’s presence. An MVP honor is almost certainly in Allen’s future and a Super Bowl title could be on the horizon as well. Allen should have a 95-plus overall rating.

Justin Herbert experienced one of the better sophomore campaigns by a quarterback in recent memory. Herbert was electric in his first full season as a starter, setting single-season franchise records in passing yards (5,014) and touchdowns (38) en route to earning his first of what will be many Pro Bowl nods. That’s awfully impressive given some of the elite quarterbacks that have donned a Chargers uniform. Chargers General Manager Tom Telesco experienced an uber-aggressive offseason on both offense and defense. The Chargers are considered Super Bowl favorites by many and Herbert is expected to be in the MVP conversation. He should be in the 90s club.

Rams quarterback Matthew Stafford was often criticized for his failures to lead the Lions to playoff success throughout his 12-year career in Detroit. It didn’t take long for Stafford to prove that narrative was baseless after winning a Super Bowl in his first season in Los Angeles. Stafford consistently made game-changing plays for the Rams throughout their Super Bowl journey, proving the Rams brass correct to believe they were a quarterback away from reaching their ultimate goal. Stafford’s new-found postseason triumphs should have earned him a better rating than an 85 overall in Madden 23.

A 75 overall rating isn’t necessarily high for Teddy Bridgewater, but it feels that way once you realize the company it places him in. Bridgewater’s rating matches Tua Tagovailoa, who he’ll back up in 2022. It also places Bridgewater ahead of Jalen Hurts (74), Justin Fields (74), and Davis Mills (71), which we disagree with. Bridgewater is a journeyman career backup that failed to seize his opportunities as a starter in Carolina and Denver. The latter situation especially set Bridgewater up for success. Bridgewater should be rated in the low 70s, where most of the other backup quarterbacks find themselves in this year’s iteration of Madden.

The jury remains out on Jalen Hurts, but a 74 overall rating feels awfully disrespectful. Hurts is rated lower than Trevor Lawrence, Tagovailoa, and Bridgewater, for example. He was better than all three of those quarterbacks in 2021. A dual-threat signal-caller, Hurts commanded an Eagles offense that averaged a league-high 159.7 rushing yards per contest last season. The Eagles shocked the masses by overachieving, finishing with a 9-8 record and a postseason spot. Eagles General Manager Howie Roseman bought into the Hurts hype this offseason by trading for his best friend and superstar receiver, A.J. Brown. A no-excuse campaign looms large for Hurts.

A 72 overall places Jared Goff below Carson Wentz (73) and Zach Wilson (73), and sets him alongside Trey Lance (72), who started two games and attempted less than 100 passes as a rookie. Goff walked into a difficult environment in Detroit last season and did his best to own it. Goff’s performances often surpassed the expectation. The former California product completed a career-high 67.2% of his passes and his TD:INT ratio of 19:8 was respectable given the lack of talent around him. Goff isn’t a legitimate franchise quarterback, but a 72 rating is too low for what he put on tape last season.