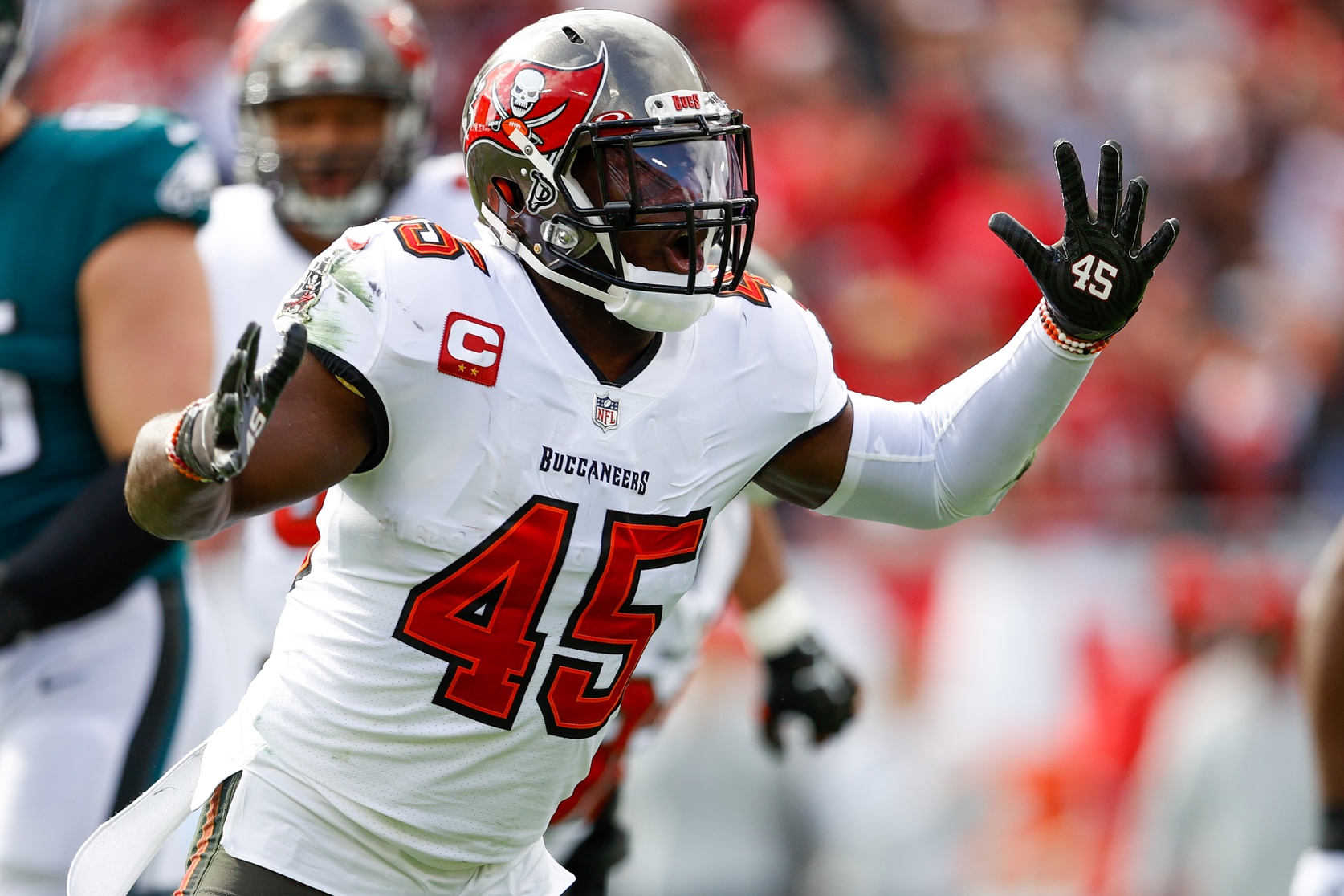 Madden 23 Ratings: These MLBs Are Rated Too High & Too Low

Madden 23 features Bobby Wagner as the fourth-best linebacker in the league at 91 overall, trailing just Fred Warner (94), Demario Davis (93), and Lavonte David (92). Wagner rose to prominence as a starring member of Seattle’s infamous “Legion of Boom” defense, but Wagner is no longer that player. Although still a quality starting linebacker, Wagner has begun showing his age (he turned 32 in June) in recent seasons. Pro Football Focus assigned Wager an overall grade of 71.8 at the conclusion of 2021, one of the worst overall grades of his illustrious career. The Seahawks flat-out released Wagner earlier this offseason, opting to sacrifice him for much-needed cap space. Wagner signed a five-year deal with their division rival Los Angeles Rams, but he’s no longer a true game-changer.

Nick Bolton is likely a victim of being a rookie defender at a non-sexy position. The nation is still catching up to Bolton’s talent despite him playing for a Kansas City Chiefs team that routinely plays on national television. Bolton was outstanding in 2021 while completely transforming Kansas City’s front seven. Bolton became one of just nine rookies to have recorded 110-plus tackles and 10-plus tackles for loss since 2000. Bolton’s explosiveness and ability to attack between the tackles projects him as a star in the making, yet his Madden 23 rating comes nowhere near accurately reflecting that.

The Jets haven’t received market value out of C.J. Mosley since signing him to a five-year contract worth a staggering $85 million in 2019. Recurring groin injuries limited Mosley to just two regular-season appearances in his debut season as a Jet. Mosley then opted out of the 2020 campaign due to the ongoing pandemic. Mosley made his return to the field in 2021, and despite totaling an impressive 164 total tackles, looked like a shell of his former difference-making self. Mosley graded as one of the worst run defenders in the league among all starting inside linebackers. Mosley’s 82 overall rating feels outdated.

Devin White barely cracks the top 10 in Madden’s linebacker ratings, ranking as the 10th-best defender in his position group at 85 overall. In Tampa Bay, White makes up the league’s best linebacker duo alongside the aforementioned David. David is the better player, but we can’t help but feel White should be ranked somewhere in the 88-90 range. The former LSU product finished the 2021 campaign with 128 total tackles, 3.5 sacks, and three pass breakups. Tampa Bay’s defense puts a ton on White’s plate. He’s become a jack-of-all-trades defender with a unique ability to apply pressure on opposing quarterbacks.

Rashaan Evans hasn’t lived up to expectations since the Tennessee Titans drafted him with the No. 22 overall selection in the 2018 NFL Draft. Evans never flashed the abilities to get after the quarterback and he was a downright liability in coverage. Evans was eventually benched in favor of David Long Jr. and Zach Cunningham, and signed a one-year contract with the Falcons earlier this offseason worth just $1.75 million.

Foyesade Oluokun was an absolute revelation for the Falcons’ defense in 2021 while thriving under defensive coordinator Dean Pees. Oluokun led the league by recording 192 total tackles last season. Oluokun’s breakout season landed him a three-year, $45 million contract with $28 million guaranteed in free agency with the Jacksonville Jaguars. Oluokun’s shiny new contract makes him one of the highest-paid inside linebackers in the entire league. Oluokun was a late bloomer and his Madden rating of 80 overall is too low.