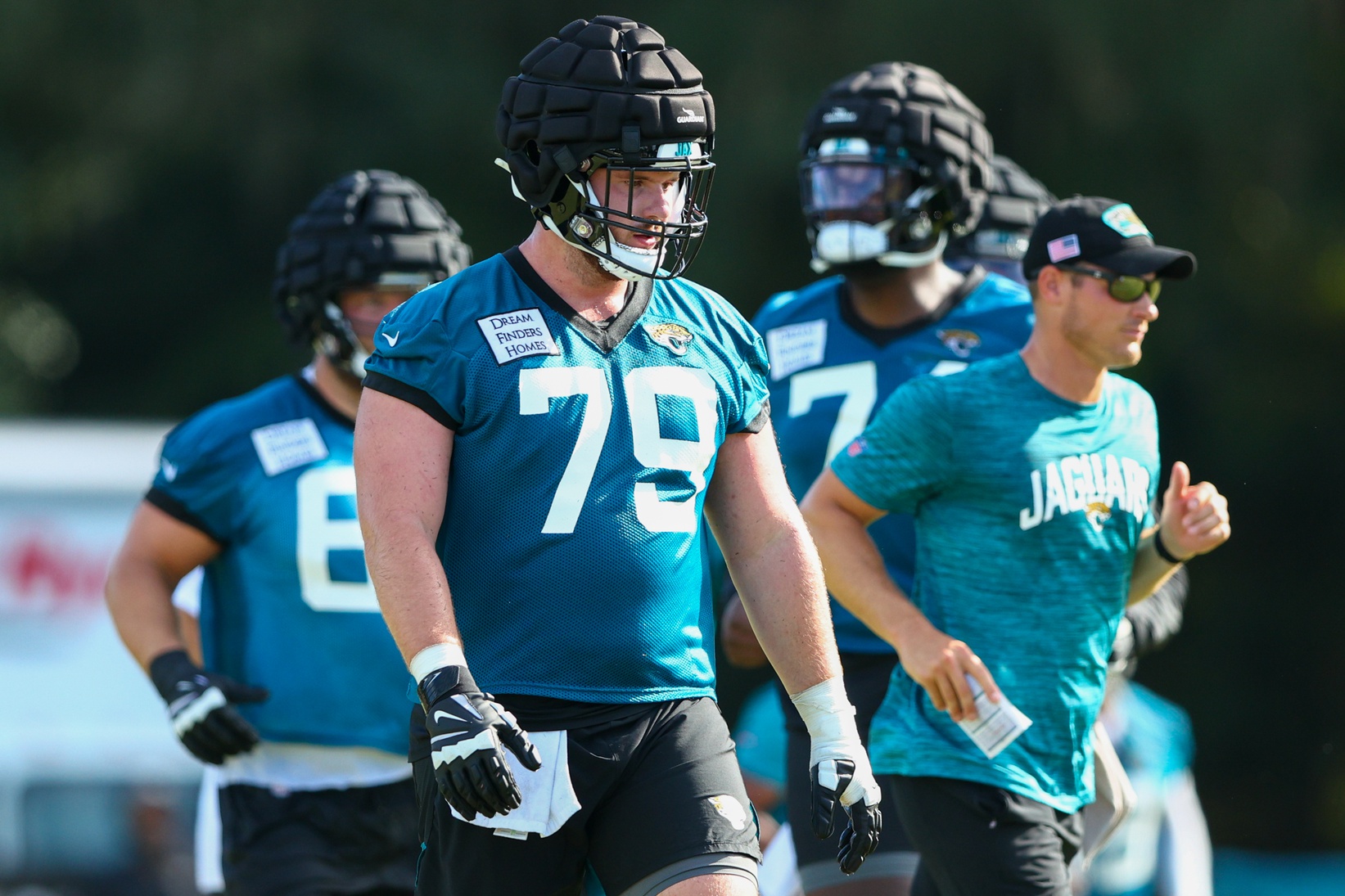 An All-SEC honoree last fall, it didn’t take long for the Jacksonville Jaguars to express their interest in offensive lineman Luke Fortner. A third-round pick and the only offensive lineman out of seven picks by general manager Trent Baalke, Fortner’s rapid rise on the Jacksonville depth chart has provided a new face at the lungs of the Jaguars’ front five. For a group that’s enjoyed a facelift since we last saw them on the field in 2021, the arrival of Fortner to potentially anchor the unit has ‘wowed’ many during the early stages of training camp.

“He’s been awesome… really smart guy, really athletic, moves well,” Trevor Lawrence said of Fortner. “I think just the jump that he’s made from the spring to camp has been huge. Seeing him in the spring still trying to figure it all out, working on the calls, learning the system, all those things.”

A team captain and 36-game starter during his time at Kentucky, with the departure of Brandon Linder, it’s been Fortner’s job to lose despite the presence of veteran Tyler Shatley. One of four rookies—if you include Travis Etienne—atop their positional group on Pederson’s initial depth chart, there hasn’t been anyone else peppering snaps back to Lawrence in camp—a sign of things to come. While his game at Kentucky initially made waves as a guard, his transition to center quickly saw him rise on league-wide draft boards and has since provided Pederson with a youth-infused tandem in cahoots with Lawrence that he hopes can provide a foundation on offense for years to come.

A stoutly-built talent whose flexibility in his lower half allows him to consistently win the leverage battle, Fortner wastes little time in attacking opposing linemen. Intelligent violence is often a way in which his game is described, as his patience to bait linemen is often quickly followed by heavy hands to the chest plate, and, in turn, a blown whistle to signify the completion of the rep. He’s also been impressive when asked to climb to the second level and displace athletic talents in Josh Allen, rookie Devin Lloyd, and Foyasade Oluokun, three defenders that make up the core of Jacksonville’s defense.

Everything hasn’t been pretty for Fortner, however, as he was quickly welcomed to the league by former third-round defensive tackle Davon Hamilton here.

It won’t all be peaches and cream for Luke Fortner, who’ll be faced with a tall task in Week 1 against Jon Allen, Daron Payne, and the Washington Commanders’ front seven. But, in the midst of a rebuild, learning under the fire of live reps will only extinguish his grace period in adjusting to the speed of the NFL game, and Pederson looks to have zero concerns in plugging his rookie anchor in from the opening whistle this fall.