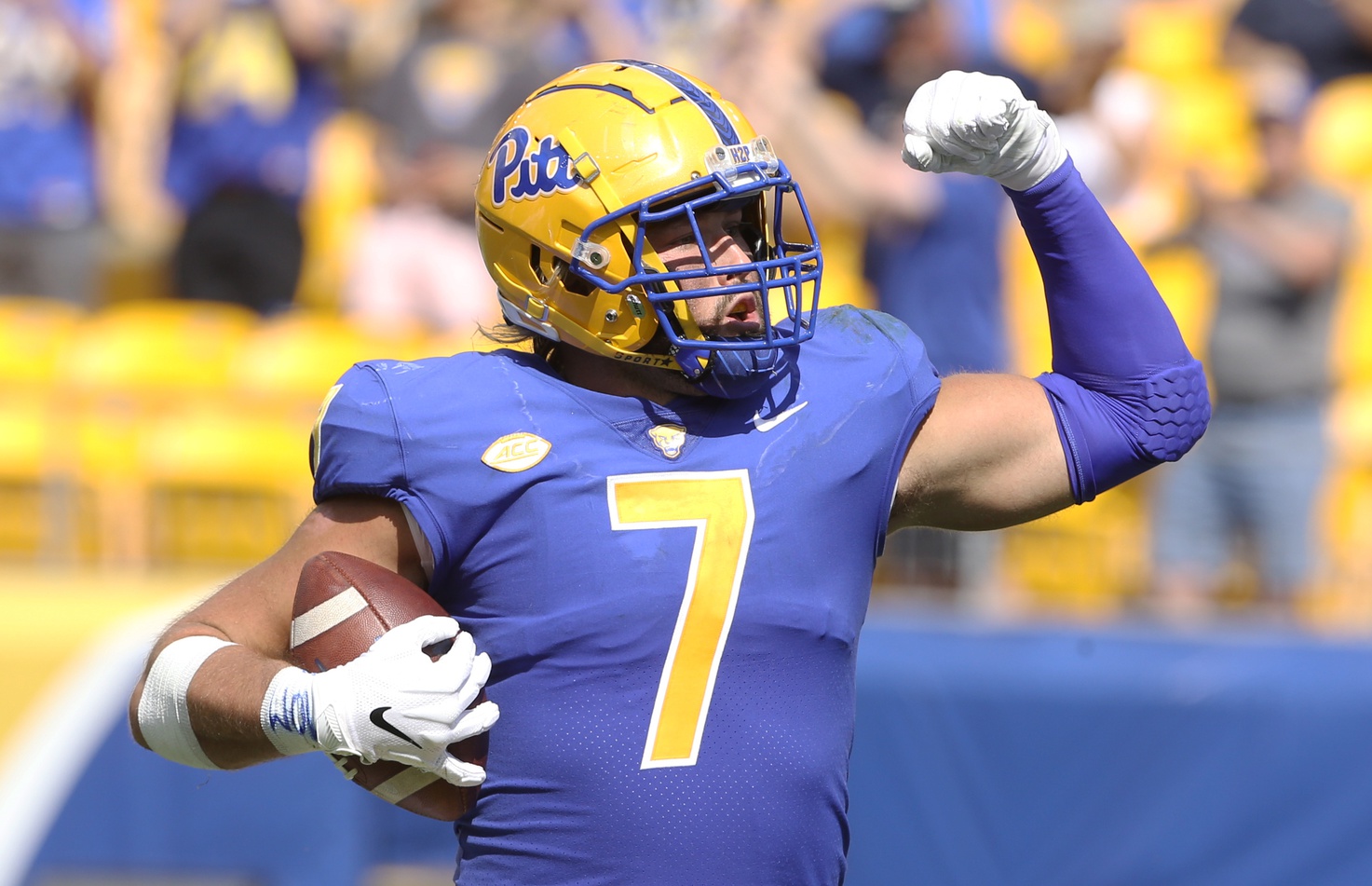 One undrafted free agent who has a chance to make the New Orleans Saints’ final roster is Lucas Krull, the 6-foot-6 former Pittsburgh Panthers tight end whose sure hands and smooth athleticism make him a player worth monitoring this summer.

A versatile prospect with talent that raised eyebrows during rookie minicamp, Krull can make waves in the Saints’ tight ends room. There’s a clear path to targets for Krull in an otherwise unimpressive position group behind Adam Trautman. Krull had 451 yards and six touchdowns for the Panthers in 2021. And while his run blocking needs improvement, Krull will add competition for valuable reps. It’s that competition that should bring the best out of him and the rest of the Saints’ tight ends this summer.

Former quarterback-turned-tight end, Taysom Hill, will continue his role as an offensive chess piece in his new position. His days under center are over. He’ll be flexed out to the sideline, aligned in the backfield, and provide core special teams play for newly-minted head coach Dennis Allen. Hill joins a Saints tight ends group that combined for just 49 receptions, 555 yards, and seven touchdowns last year. As a result, targets are up for grabs in 2021, and Krull’s skillset will keep him in the mix.

Whoever emerges in New Orleans as the pass-catching tight end will remain low on the passing game’s pecking order. Receivers Michael Thomas, free-agent signee Jarvis Landry, and first-round pick Chris Olave will keep defenses honest on the perimeter and draw most of quarterback Jameis Winston’s attention. But utilizing the shallow to intermediate area of the offense, where Krull’s skill set works best, could help the offense reach a new level.

Lucas Krull began his career at Florida but struggled for snaps behind Atlanta Falcons 2021 first-rounder, Kyle Pitts.  After missing the 2020 season to injury,  2021 was all Krull had on his resume for scouts this year. Krull wasn’t invited to the 2022 NFL Combine but he excelled at his pro day, running a 4.54 40-yard dash at 260 pounds. He’s an extremely raw prospect. He needs to refine his route-running and take advantage of his size against smaller defenders. But his ceiling remains high. He’s a walking mismatch wherever he aligns on the field, and if there’s anything we know about Winston, it’s that he’ll take chances targeting players he thinks can make plays on the ball.

With his aforementioned talent, and projecting his skill set into a tight ends room in need of fresh legs and downfield pass-catching ability,  could — and should — be thrown into the fire as OTAs get underway. Although the New Orleans passing game will continue to revolve around a healthy Thomas and running back Alvin Kamara, you can never have enough threats through the air, and when it comes to Krull, he’s much more than just an undrafted flier.