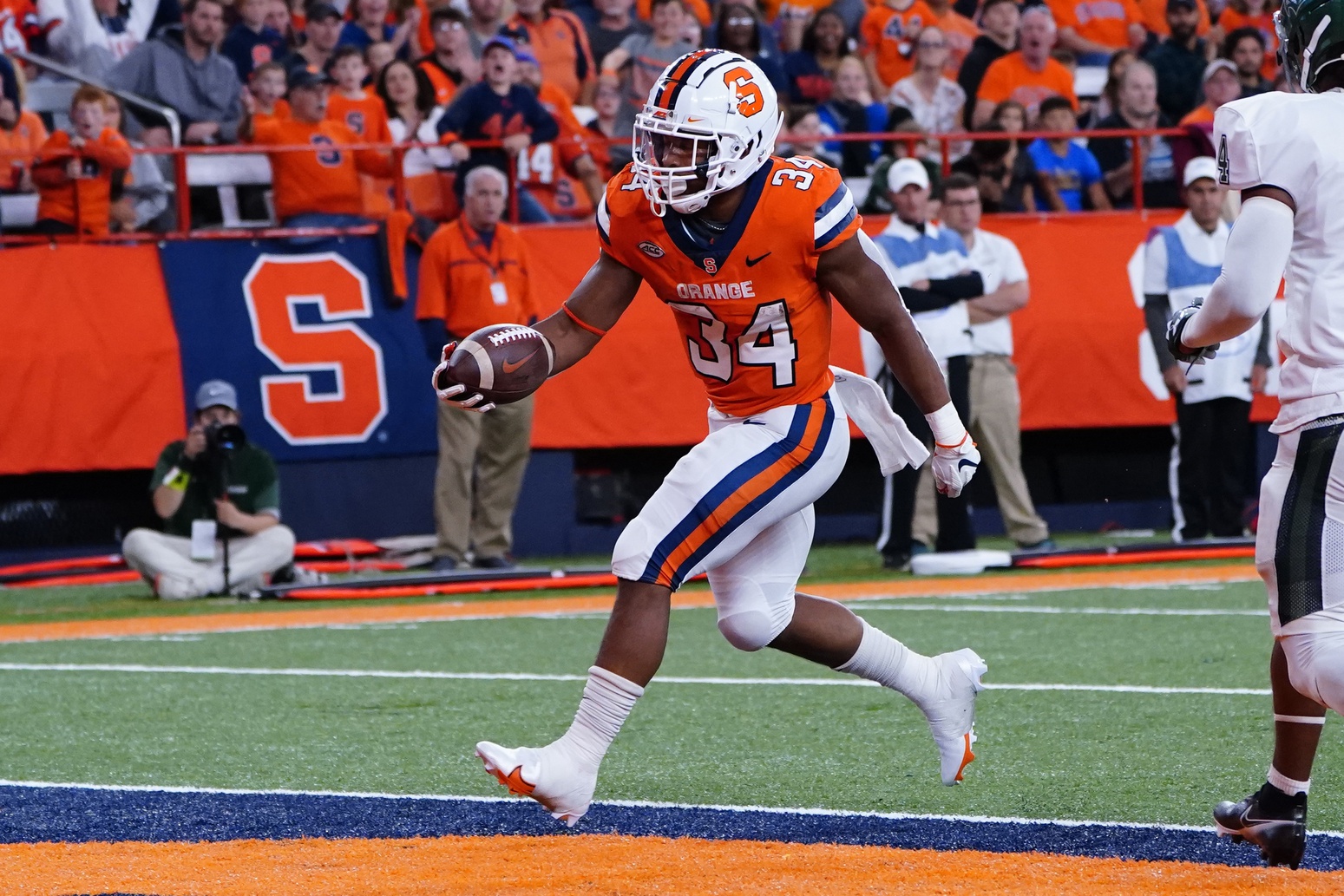 The reigning Super Bowl champion Los Angeles Rams have looked far less intimidating as a squad through four weeks of the 2022 season, particularly on the offensive side of the ball.

After finishing with the eighth-best scoring offense in the NFL, Los Angeles ranks fourth-worst in the NFL so far this year. One of the biggest problems for the Rams’ offense right now seems to be their lack of a good running game. They got their talented quarterback last year and gave him some receiving help in the offseason (whether or not Allen Robinson qualifies as quality receiving help is a different question, but I digress) and Cooper Kupp is still very productive. But their inability to run the ball has been a clear problem with their run game ranking in the bottom three in production so far this year.

Their current running backs room has someone playing on borrowed time in Cam Akers and his surgically repaired Achilles tendon plus a solid backup in Darrell Henderson. After that, it’s Jake Funk, who’s more of a special teams guy, and Kyren Williams, a rookie who didn’t exactly “wow” with his 4.65 40 time at the NFL Scouting Combine and has played one snap (on special teams) all season. The Rams may be 2-2, but their offensive issues are a big problem for a team that prides itself on having an offensive guru in Sean McVay as their head coach. It’s even more concerning for a team that sacrificed tons of draft capital to get their roster to where it is now.

So, with the limited capital the Rams do have, here are a few guys Los Angeles should be keeping an eye on to upgrade their group of running backs. Of course, I’ll be taking into account where that draft capital falls—the Rams have a second-rounder, a third, three sixths, and a seventh.

If Tucker is still on the board when the Rams are finally picking in the second round, it would be very hard for Los Angeles to pass on him. He’s one of the most explosive running backs in the class with a physical running style combined with some elusiveness, good footwork, and serious breakaway speed. Tucker is always a big-play threat when he’s on the field and adding someone like him to an offense that already succeeds with their explosive passing plays with a receiver like Kupp.

You’d like to see Tucker get a little more involved in the passing game once he’s at the NFL level. If he adds pass-catching to his game, he could end up being the most productive back in his class—and adding some pass-protection skills as well would only further upgrade his game.

Evans might be a more realistic option than Tucker for the Rams given where they’re picking in either the second or third round, but that doesn’t mean he can’t also be a huge contributor to their offense. Like Tucker, Evans is also an explosive runner who always has the potential to hit a home run with big plays. His good vision and ability to redirect mean he’s consistent at finding the hole and even fooling defenders to overcommit to one gap before bouncing elsewhere. Even though he’s not a big guy, he does play physically and can contribute in short yardage and goalline situations. Like Tucker, one thing Evans can add to enhance his game is contributions as a pass-catcher, though he already does have upside as a pass protector already and can be a three-down back with that role.

Of the three backs here, Rodriguez Jr. is the most likely option should the Rams wait until day three to take a running back. Unlike the first two backs, Rodriguez Jr. is more of a bruiser than an explosive, dynamic guy that can be considered a big-play threat. But if Los Angeles wants to add a guy who can run downhill and bounce off would-be tacklers with good pad level and contact balance, Rodriguez Jr. is their guy. He doesn’t project to ever really be a three-down back without much contribution in the passing game outside of being an extra blocker in pass pro, but he can be a volume guy that drives for yards on early downs all game.