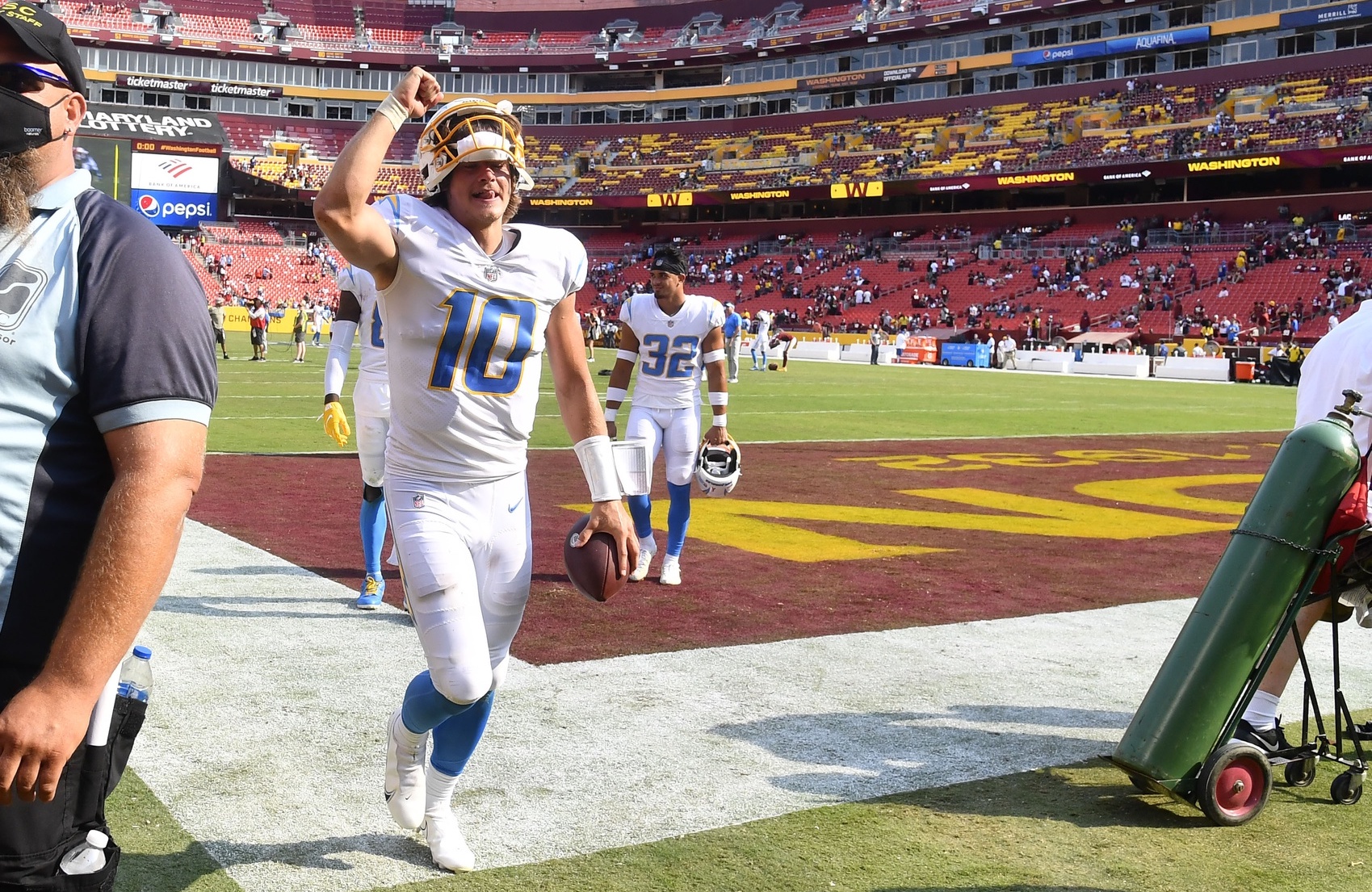 What Will Make 2022 Season A Success For Chargers?

No team that missed the postseason last year is entering the 2022 campaign with the weight of expectations quite like the Los Angeles Chargers. Brandon Staley’s Chargers were prevented from reaching the playoffs due to a soul-crushing Week 18 loss to their division rival Las Vegas Raiders in overtime. That defeat and disappointing failure has done little to deter analysts and Chargers fans from labeling them as potential Super Bowl favorites heading into the upcoming season.

A successful 2022 season for the Chargers must include 10-plus victories, a postseason appearance, and perhaps a playoff victory or two. Although an appearance in Super Bowl LVII should feel realistic to those inside their headquarters, the Chargers shouldn’t find themselves in Super Bowl-or-bust territory, particularly in a new-look, loaded AFC.

Rostering a 24-year-old franchise quarterback likely means the Chargers will be playing meaningful contests for the next decade-plus. Missing the postseason altogether for the fourth consecutive season, and the second time in the Staley era, would correctly be viewed as a failure, however.

The presence of elite quarterback Justin Herbert makes the high expectations feel attainable. Herbert more than thrived as a first-year full-time starting signal-caller (Herbert wasn’t named Los Angeles’ starter in 2020 until Tyrod Taylor suffered an unexpected doctor-error-related injury that left him hospitalized) in 2021 while quickly establishing himself as one of the game’s premier quarterbacks. The former Oregon standout threw for 5,014 yards and 38 touchdowns en route to earning a much-deserved Pro Bowl appearance. The year-three version of Herbert is fully expected to compete for MVP honors.

Chargers General Manager Tom Telesco has done everything within his power this offseason to make sure history doesn’t repeat itself. With Herbert and several high-level offensive weapons already in place (more on that later), Telesco decided to turn the majority of his attention to the other side of the ball.

A Chargers defense that ranked in the bottom 10 in total yards allowed per contest (360.1) and points allowed per game (the 29th ranked defense, 27.0 points/game) has received reinforcements in abundance. Most notably, free-agent cornerback J.C. Jackson was signed to a five-year contract worth $82.5 million. Jackson is an elite boundary cover-man that carries the potential to eliminate opposing No. 1 receivers on a weekly basis. Jackson’s presence means that much more when considering the receivers he’ll be asked to shadow within the division alone.

Joey Bosa is a haunting sack artist, but secondary pass-rush help was an issue last season. No active member of the Chargers recorded five-plus sacks in 2021. Telesco addressed that need in a major way by acquiring Khail Mack from the Chicago Bears. Mack’s presence will prevent offensive lines from focusing too much of their energy on Bosa. Bosa and Mack should complement one another immediately while causing havoc in backfields.

And finally, the league’s third-worst run defense (138.9 yards allowed per game) arguably received more of Telesco’s attention than any other position on the roster. Determined to be tougher up the middle, Telesco signed a trio of unrestricted free agents in Sebastian Joseph-Day, Kyle Van Noy, and Austin Johnson while hoping to ensure opposing rushing attacks won’t run the football with such ease in 2022. Telesco left no stone unturned.

Switching focus to the offensive side of the ball, Los Angeles should have little-to-no issue building upon last season’s successful unit that accounted for more than 390 yards of total offense per contest and 27.9 points per game. Fifth-year receiver Mike Williams was re-signed to a three-year contract after recording career-highs in receptions (76) and receiving yards (1,146) while falling just one score short (nine) of matching his career-best in touchdowns (10). Williams broke out while capturing chemistry with Herbert, and these two will continue to terrorize opposing secondaries going forward. The always underrated Keenan Allen is returning for his 10th professional season and looked rejuvenated under Herbert in 2021. Allen is a high-level route runner that’s as precise and detail-oriented as any receiver in the league. Los Angeles’ high-octane offense should lead to Allen stringing together his sixth 1,000-plus yard season of his illustrious career.

Gerald Everett is the new starting tight end and is a player with some untapped potential. Everett should take advantage of opposing secondaries who will be busy racking their brains attempting to slow down Los Angeles’ other receiving threats.

If the Chargers’ offense had an Achilles heel in 2021, it was an at-times underwhelming offensive line. Rashawn Slater is a legit building block at left tackle, and the drafting of former Boston College guard Zion Johnson will help improve things inside. Questions still remain elsewhere. A right tackle was a popular pre-draft mock selection for the Chargers, but it seems Storm Norton, who struggled mightily in pass protection last season, will return opposite Slater.

Los Angeles’ offense should threaten to score 30 points per contest in 2022.

Competing in the new-look AFC West certainly complicates matters. The Kansas City Chiefs have won the division on a staggering six consecutive occasions and could be viewed as favorites to capture the division title again in 2022. The Raiders were a playoff contender last season that won more games than the Chargers and also improved via several big-time offseason acquisitions, including Davante Adams and Chandler Jones. The Denver Broncos, who were often described as being “a quarterback away,” traded for Russell Wilson this offseason. Qualifying for the postseason is a must for the Chargers, but the division will be extremely competitive, including a battle for potential wild-card spots.

We’re going to find out a lot about Staley in 2022. The 39-year-old head coach joined the Chargers following an impressive one-year stint as the Los Angeles Rams’ defensive coordinator in 2020. Staley’s services were highly sought after, with the Chargers ultimately winning out, but his failure to lead them to a playoff appearance last season was disappointing. A second straight failure would place Staley’s future at risk.

The expectations for the Chargers’ 2022 campaign are rather straightforward. They must place last season’s failure firmly in their rearview mirror by qualifying for the postseason and winning their first playoff game since a 2018 wild-card victory over the Baltimore Ravens. The roster is loaded with talent on both offense and defense. Despite competing in a fierce division, the Chargers must establish themselves as one of the league’s elite.