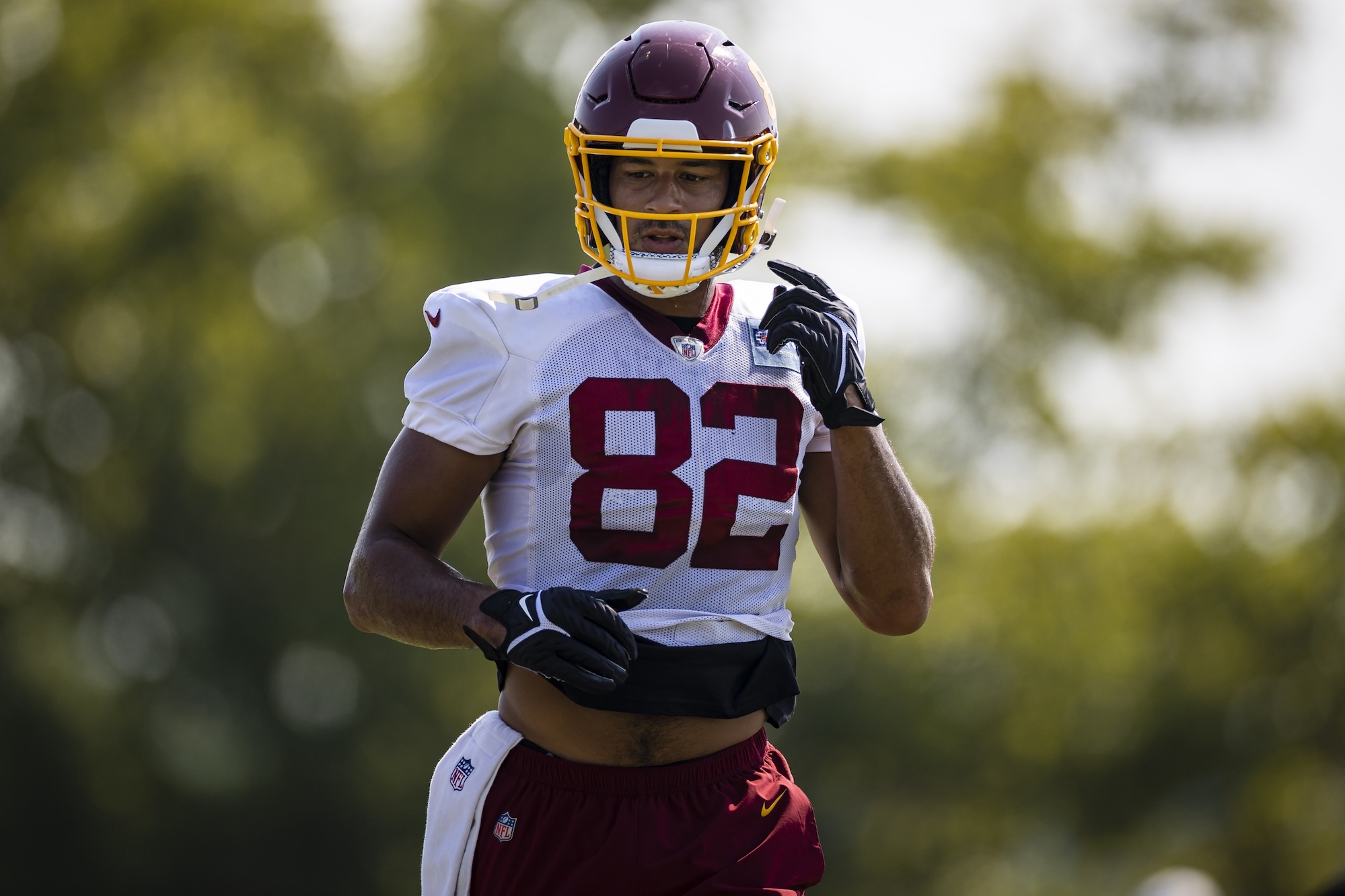 One of the more unique stories in football, quarterback turned tight end Logan Thomas wasn’t supposed to be here.

A former standout at Virginia Tech, after the Arizona Cardinals took him on day three of the 2014 NFL Draft, Thomas quickly made the positional switch after minimal work under center in his first pro campaign. While the adjustment period took time and Thomas quickly found himself out of Arizona following his rookie season, in the years since, his progression into one of the league’s most targeted flex talents has provided a unique asset to the Washington Commanders’ aerial attack.

After two years in Buffalo and a quick pit stop in Detroit, Thomas has found his niche in the nation’s capital. For a franchise with large amounts of success at the tight end spot over the last decade in Jordan Reed, Vernon Davis, Chris Cooley, and Fred Davis, Washington has always been above league average in its production from the tight end position.

For Thomas, recapturing his 2020 campaign will be of the utmost importance if the Commanders’ offense—now led by Carson Wentz—will look to reach its performance ceiling. However, as we approach the start of training camp in the next few days, Thomas reportedly remains below 100% health which has inherently thrown a wrench into Washington’s offensive game plan.

Washington’s tight ends room drops off in aerial prowess behind No. 82 in the form of second-year talent John Bates, rookie Cole Turner, and wide receiver convert Antonio Gandy-Golden. Although Bates is a dominant in-line blocker, Turner has potential but has yet to get his feet wet on Sundays, and Gandy-Golden looks to be on the outside looking in with three roster locks in front of him, if Thomas isn’t able to suit up come Week 1, the overall outlook of Washington’s offense becomes muddied.

For Wentz, Thomas’ health remains paramount. Looking back to the success he enjoyed in Philadelphia working with Zach Ertz and Dallas Goedert as two security blankets within the 20s, and a tandem of nightmares in the red zone to holster, Thomas is arguably the superior athlete to both Ertz and Goedert. After totaling 670 yards two seasons ago working with Taylor Heinicke, you would expect Wentz to feature him early and often to keep teams honest over the middle of the field with Terry McLaurin and Jahan Dotson expected to start opposite on the perimeter. Wentz is at his best when given time and presented with options that can create separation on their own near the numbers, and while Washington’s front five could slot in among the league’s best this fall, a talent working over slower linebackers and undersized safeties would allow the former Indianapolis Colt to quickly become comfortable within Scott Turner’s offense.

An underrated talent in a golden age of tight ends, Thomas has all the clubs in the bag to once again become a high-impact weapon for Washington. While many faces have changed and expectations have followed suit, in year three of the Ron Rivera experiment,  Logan Thomas’ availability could hold the key to the Commanders’ attack in 2022.